What Went Right This Week: Ideas to Change the World, Plus… 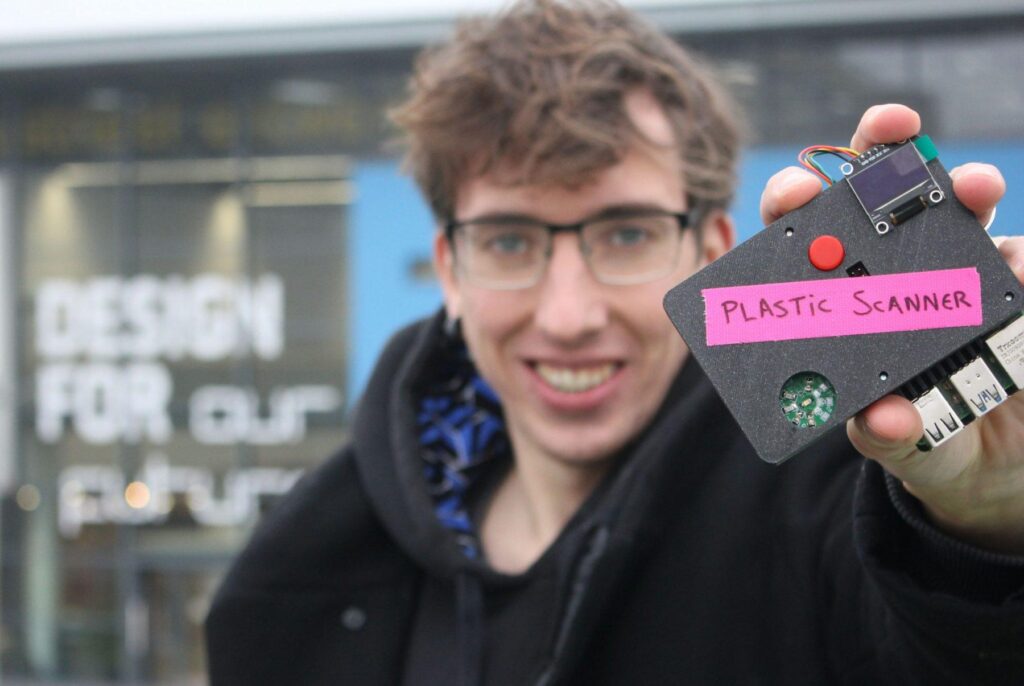 18 Nov 2021 –A raft of problem-solving inventions were unveiled, the EU drafted a law to curb deforestation, and the UK’s largest urban rewilding project was approved, plus more positive news

Winners of the James Dyson Award were announced

Innovations that could save lives, prevent blindness and boost plastic recycling have won the James Dyson Award 2021, netting the three inventors £30,000 each to scale up their technologies.

The annual competition seeks solutions to global problems, and saw a record number of entries this year.

Scooping the international award was a glove-like device that enables people to monitor their eye pressure at home. High eye pressure can indicate glaucoma, which should be treated early to avoid blindness. Singaporean inventor Kelu Yu (pictured) created the testing kit after her father was diagnosed with the condition.

Winning the sustainability award was Dutchman Jerry de Vos (main picture above). He devised a handheld scanner that can tell what type of plastic is used in a product, so it can be recycled correctly. The medical award went to Joseph Bentley, from England, whose device prevents blood loss from stab wounds by inflating a silicone balloon inside victims.

Products linked to deforestation could be barred from entering the EU under a draft law published by the European Commission this week. It comes a fortnight after 100 nations agreed to halt forest loss by 2030 at COP26.

The legislation would require companies selling certain products to trace their origin and show that they are not linked to deforestation. Beef, wood, soy, palm oil, coffee and cocoa are all covered by the proposals, but not rubber.

“For the first time there is a glimmer of hope that the EU – one of the world’s biggest markets – could curb its destructive impact on the world’s forests,” said Greenpeace campaigner Sini Eräjää. “The European Parliament must tighten up the law so people can be sure that what’s in their shopping basket isn’t linked to the destruction of nature or human rights abuse.”

People will soon be able to repair broken iPhones at home, after Apple agreed to make manuals, tools and some parts publicly available. The move follows pressure from the right to repair movement, which campaigns for home repairs to be made easier to prolong the life of products.

Apple will make screens, batteries and other parts available in the US and EU from 2022 – but only for the iPhone 12 and newer models. Campaigners cautiously welcomed the move, but said spares would need to be affordable.

“This move represents a major reversal from Apple, who have spent untold millions lobbying against legislation which would require them to do this,” said Chloé Mikolajczak of Right to Repair Europe.

Right to repair legislation – covering washing machines, fridges and TVs – came into effect in the UK and EU this year. Campaigners are petitioning for other items, including phones, to be included in the law.

It was one of the engine rooms of the Industrial Revolution. Now the English city of Derby is to become a pioneer again – this time in the field of rewilding.

Its council has approved plans to turn the city’s 320-acre Allestree Park into a haven for wildlife. It will be the largest urban rewilding project in the UK. The council says the reimagined park will be a “natural health service” for residents, providing them with opportunities to connect with nature.

How exactly the park will be transformed depends on the outcome of a public consultation. However, it will likely involve the creation of woodlands, wetlands and orchards. Species such as the water vole and the harvest mouse are also being mooted for reintroduction.

Dr Jo Smith, CEO of Derbyshire Wildlife Trust, said: “This is a big moment for Derby – an opportunity for the city to lead the way on creating vital wild spaces within urban environments – it’s more important than ever before, with the climate and nature crisis worsening.”

HIV jabs were approved for use in Britain

People with HIV in Britain will no longer need to take pills every day to treat the virus, after health chiefs approved a revolutionary jab that can be administered every two months.

In clinical trials, the injection was found to be as effective as the PrEP pills that are currently prescribed to people with HIV.

England and Wales this week joined Scotland in approving the jab.

In more positive news for people with HIV…

A woman in Argentina has reportedly beaten the virus without drugs or treatment.

Doctors believe the patient’s immune system eradicated HIV on its own. There is only one other documented case of a person defeating the virus without medical intervention.

Both discoveries are significant: if scientists can replicate the process their bodies went through, experts say it could lead to a cure for HIV.

Despite the mainstream media’s portrayal of young people as being a despairing lot who believe everything they see on Instagram, they are 50 per cent more likely to be optimistic about the world than older generations – and just 17 per cent of them trust social media.

That’s according to a global study commissioned by the UN’s children’s agency, Unicef. It surveyed more than 21,000 people across two age cohorts (15-24 years old and 40 years plus) in 21 countries. Young people were found to be twice as likely as adults to identify as global citizens.

“Compared to older generations, the world’s young people remain hopeful, much more globally minded, and determined to make the world a better place,” said Unicef executive director Henrietta Fore. “Today’s young people have concerns for the future but see themselves as part of the solution.”