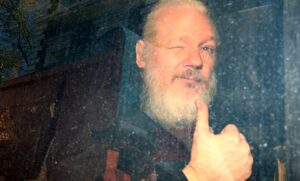 23 Dec 2021 – Gospel, a word from Old English, is a compound that means “good news.” And it’s gospel that’s been in short-supply as we head into the Christmas season. Whenever this fact gets me down, I remember that finding evil, malfeasance, and even suffering in the headlines is just a sign that the press is doing its job. I don’t think any of us wants to wake up in the morning and read “Everything Going Great!” over our egg-nog-spiked chai — though even if we do, we know a headline like that is just an indication of all that’s unreported.

Coming into this Christmas season, I find myself beset by odd religious yearnings—I say odd, because I’m not much of a believer, not in God, not in governments, not in institutions generally. I try to save my faith for people and principles, but that can lead to some lean years in the slaking of spiritual thirst. I can find a way to attribute my stirrings to the ritualism of Covid — the ablutions of sanitizing and masking, the penitent isolation, the what-does-it-all-mean? that comes from confronting powerlessness and the caprice of illness — but a more convincing source might be the novelty of parenthood: religion being a stand-in for tradition in general, I ask myself, what am I going to leave my child? What intellectual and emotional inheritance?

Along with “good news,” I’ve been thinking of “bad faith,” a phrase that always reminds me of the Thomas Pynchon joke, wherein everything bad becomes a German spa: Bad Kissingen, Bad Kreuznach, Baden-Baden… Bad Karma.

I’d known the phrase mostly through its legal vintage, but I’d started noticing it increasingly applied to politics during the Bush-Obama story arcs: Republicans were always “negotiating in bad faith,” or “operating in bad faith,” and it only got worse after that — the phrase only became more prevalent once Trump took office. So I was surprised to find that “bad faith” has roots far deeper than our common law: male fides, from the Latin. Its usage, which is fascinating to explore, was originally literal: it was used to characterize someone who was practicing the wrong religion. From there it departed into Whitmanesque — but way-pre-Whitmanesque — contradiction. Someone who was “in bad faith” was divided against themselves; they were of two hearts, or two minds, or more. In this sense, even Jesus might be said to have been in bad faith, being part human and part divine.

I’m deeply taken by the generosity of this early definition: there’s a sympathy there — a sympathy with “a house divided against itself” — that’s utterly lacking in the contemporary sense, wherein “bad faith” is purposeful malfeasance. This remains, for me at least, a compelling history to decode: how a phrase that roughly meant “unknowingly lying to one’s self” came to roughly mean “knowingly lying to others.”

I’m sure we all have our favorite (least-favorite) examples of this duplicitous (or multiplicitous) practice — this condition that only later became a practice — but for me, the bad-faith category that takes the fruitcake has always been the bureaucratic legalism most familiar to me. Perhaps a better way to put it would be: those situations where law opposes justice.

You know this phenomenon well, I’m sure: the health insurance rep or DMV clerk who says “my hands are tied,” the police officer or soldier who unironically invokes some of the most evil law-enforcement of last century when they shrug and say, “I got my orders, bud,” or even those who go on TV to suggest  whistleblowers might be protected, if only they would submit themselves to “proper channels,” which is code for standing on a very particular part of the floor suspended above a tank labeled: DANGER! PIRANHAS.

It was Jesus who begged forgiveness for his crucifiers by saying, “Father, forgive them, for they know not what they do,” but these excruciating practitioners of bad faith invert the formula: they know exactly what they do, and yet they do it. I wonder if they can even forgive themselves.

This Christmas may well be the last that Wikileaks founder Julian Assange will spend outside US custody. On December 10, the British High Court ruled in favor of extraditing Assange to the United States, where he will be prosecuted under the Espionage Act for publishing truthful information. It is clear to me that the charges against Assange are both baseless and dangerous, in unequal measure — baseless in Assange’s personal case, and dangerous to all. In seeking to prosecute Assange, the US government is purporting to extend its sovereignty to the global stage and hold foreign publishers accountable to US secrecy laws. By doing so, the US government will be establishing a precedent for prosecuting all news organization everywhere — all journalists in every country — who rely on classified documents to report on, for example, US war crimes, or the US drone program, or any other governmental or military or intelligence activity that the State Department, or the CIA, or the NSA, would rather keep locked away in the classified dark, far from public view, and even from Congressional oversight.

As a measure of journalistic impact, the Pulitzer Prize holds significantly less prestige than the CIA plotting to murder you.

I agree with my friends (and lawyers) at the ACLU: the US government’s indictment of Assange amounts to the criminalization of investigative journalism. And I agree with myriad friends (and lawyers) throughout the world that at the core of this criminalization is a cruel and unsual paradox: namely, the fact that many of the activities that the US government would rather hush up are perpetrated in foreign countries, whose journalism will now be answerable to the US court system. And the precedent established here will be exploited by all manner of authoritarian leaders across the globe. What will be the State Department’s response when the Republic of Iran demands the extradition of New York Times reporters for violating Iran’s secrecy laws? How will the United Kingdom respond when Viktor Orban or Recep Erdogan seeks the extradition of Guardian reporters? The point is not that the U.S. or U.K would ever comply with those demands — of course they wouldn’t — but that they would lack any principled basis for their refusals.

The U.S. attempts to distinguish Assange’s conduct from that of more mainstream journalism by characterizing it as a “conspiracy.” But what does that even mean in this context? Does it mean encouraging someone to uncover information (which is something done every day by the editors who work for Wikileaks’ old partners, The New York Times and The Guardian)? Or does it mean giving someone the tools and techniques to uncover that information (which, depending on the tools and techniques involved, can also be construed as a typical part of an editor’s job)? The truth is that all national security investigative journalism can be branded a conspiracy: the whole point of the enterprise is for journalists to persuade sources to violate the law in the public interest. And insisting that Assange is somehow “not a journalist” does nothing to take the teeth out of this precedent when the activities for which he’s been charged are indistinguishable from the activities that our most decorated investigative journalists routinely engage in.

If you’ve been tuning into the bad news this past week, you’ve certainly encountered a version of precisely this question, is Assange an X or a journalist? In this inane formula X can be anything: hacktivist, terrorist, lizard person. It doesn’t matter what noun you put into this MadLibs, because the entire exercise is pointless.

This kind of sincere, credulous, smug, and gloating inquiry is just the most recent, just-in-time-for-Christmas, example of in-the-flesh-and-in-the-word bad faith, presented by media professionals who are never in worse faith than when they report on — or pass judgment on — other media.

Obfuscation, withholding, meaning-manipulation, meaning-denial — these are just some of the ways in which some journalists, and not just American journalists, have conspired, yes, conspired to convict Assange in absentia, and, by extension, to convict their own profession — to convict themselves. Or maybe I shouldn’t be calling the gelled automatons on Fox, or Bill Maher, “journalists,” because how often have they done the hard shoe-leather work of cultivating a source, or protecting a source’s identity, or communicating securely with a source, or of storing a source’s sensitive material securely? All of those activities comprise the soul of good journalism, and yet those are precisely the activities the US government has just sought to redefine as acts of heinous criminal conspiracy.

Two-hearted, two-minded creatures: the media is full of them. And too many have been content to accept the US government’s determination that what should properly be the highest purpose of the media — the uncovering of truth, in the face of attempts to hide it — is suddenly in doubt and quite possibly illegal.

That chill in the air this Christmas season? If Assange’s prosecution is allowed to continue, it will become a freeze. 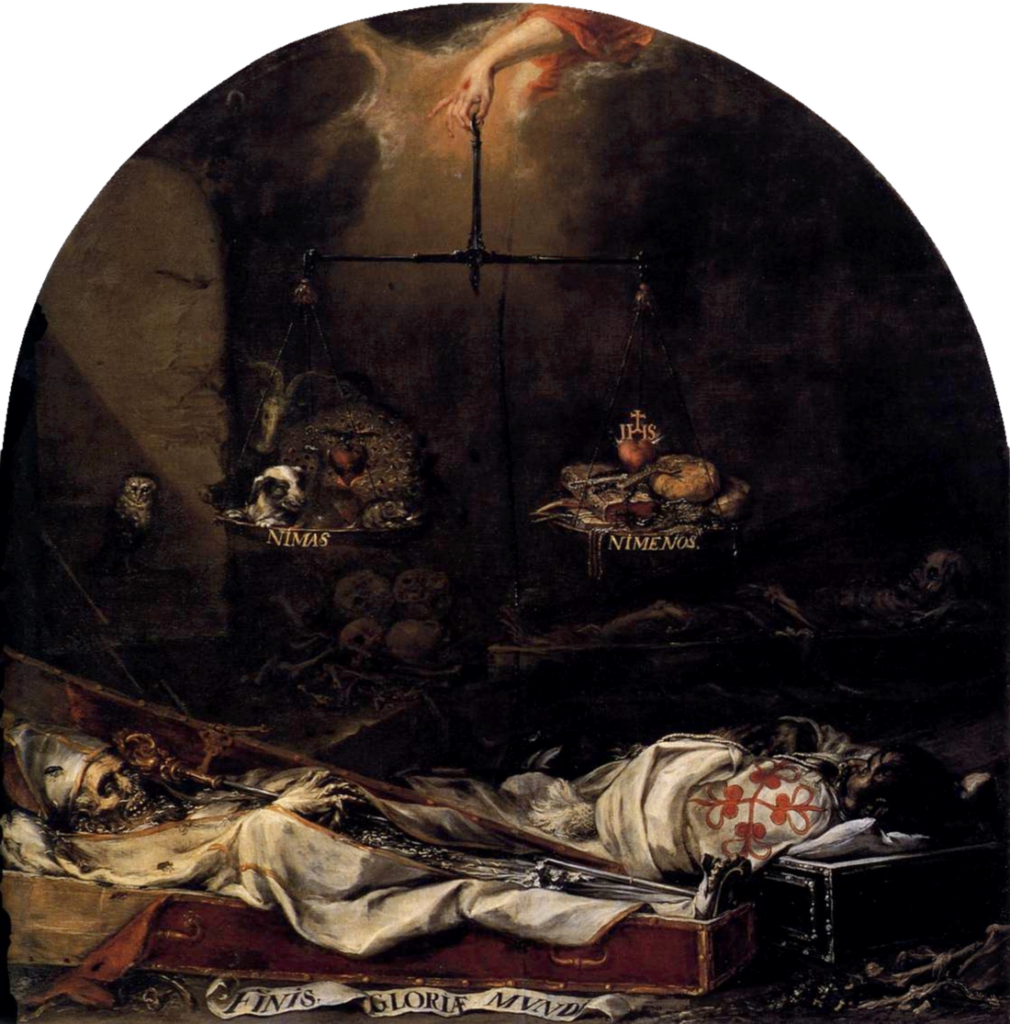