27 Jan 2020 – On Tuesday [21 Jan], Brazilian federal prosecutors filed criminal charges against Glenn Greenwald, the Pulitzer-Prize winning journalist and founding editor at the Intercept Brazil, for his explosive reporting on corruption at the very highest levels of Brazil’s government. The public importance of these stories was staggering… The most essential journalism of every era is precisely that which a government attempts to silence. These prosecutions demonstrate that they are ready to stop the presses — if they can.

Without Encryption, We Will Lose All Privacy. This Is Our New Battleground
Edward Snowden – The Guardian, 21 Oct 2019

15 Oct 2019 – The vulnerability of our computers and computer networks has been ranked the number one risk in the US Intelligence Community’s Worldwide Threat Assessment – that’s higher than terrorism, higher than war. Your bank balance, the local hospital’s equipment, among many, many other things, all depend on computer safety. The US, UK and Australia are taking on Facebook in a bid to undermine the only method that protects our personal information. 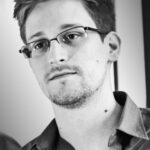 “Never Be Ashamed:” Why I Decided Not to Delete My Old Internet Posts
Edward Snowden – The Intercept, 23 Sep 2019

21 Sep 2019 – While working for the National Security Agency, Edward Snowden helped build a system to enable the United States government to capture all phone calls, text messages, and emails. Six years ago, he provided documents about this electronic panopticon to journalists, and the shocking revelations that ensued set off massive changes — changes in attitudes and behaviors, in policies and technologies, across private industry and the public sector, in the U.S. and around the world. 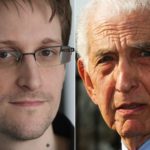 The two most famous whistleblowers in modern history discuss Steven Spielberg’s new film, The Post, about Ellsberg’s leaking of the Pentagon Papers, the personal cost of what they did – and if they’d advise anybody to follow in their footsteps.

Whistleblowing Is Not Just Leaking — It’s an Act of Political Resistance
Edward Snowden – The Intercept, 9 May 2016

One of the challenges of being a whistleblower is living with the knowledge that people continue to sit, just as you did, at those desks, in that unit, throughout the agency, who see what you saw and comply in silence, without resistance or complaint. They learn to live not just with untruths but with unnecessary untruths, dangerous untruths, corrosive untruths.

Let me be clear: any statement that mass surveillance is not performed in New Zealand, or that the internet communications are not comprehensively intercepted and monitored, or that this is not intentionally and actively abetted by the GCSB, is categorically false.

4 Jun 2014 – Below is an email ACLU supporters received from Edward Snowden this morning, one year to the day since The Guardian broke the first in a series of revelations exposing the breathtaking scope of U.S. government surveillance.

On April 30 [2014], in a ceremony at the National Press Club in Washington, the Nation Institute and the Fertel Foundation awarded their annual Ridenhour Prize for Truth-Telling to NSA whistleblower Edward Snowden and filmmaker Laura Poitras.

A Vindication for the Public: The Guardian and Washington Post Win the Pulitzer Prize
Edward Snowden – Freedom of the Press Foundation, 28 Apr 2014

I am grateful to the committee for their recognition of the efforts of those involved in the last year’s reporting, and join others around the world in congratulating Glenn Greenwald, Laura Poitras, Barton Gellman, Ewen MacAskill, and all of the others at the Guardian and Washington Post on winning the Pulitzer Prize for Public Service.

Vladimir Putin Must Be Called To Account on Surveillance Just Like Obama
Edward Snowden – The Guardian, 28 Apr 2014

On Thursday [17 Apr 2014], I questioned Russia’s involvement in mass surveillance on live television. I asked Russia’s president, Vladimir Putin, a question that cannot credibly be answered in the negative by any leader who runs a modern, intrusive surveillance program: “Does [your country] intercept, analyse or store millions of individuals’ communications?”

Mar 18, 2014 – Appearing by telepresence robot, Edward Snowden speaks at TED2014 about surveillance and Internet freedom. The right to data privacy, he suggests, is not a partisan issue, but requires a fundamental rethink of the role of the internet in our lives — and the laws that protect it. “Your rights matter,” he say, “because you never know when you’re going to need them.”

The NSA granted me the authority to monitor communications world-wide using its mass surveillance systems, including within the United States. I have personally targeted individuals using these systems. I know the good and the bad of these systems, and what they can and cannot do, and I am telling you that without getting out of my chair, I could have read the private communications of any member of this committee, as well as any ordinary citizen. I swear under penalty of perjury that this is true.

These programs were never about terrorism: they’re about economic spying, social control, and diplomatic manipulation. They’re about power. Many Brazilian senators agree, and have asked for my assistance with their investigations of suspected crimes against Brazilian citizens.