What Went Right This Week: A ‘Historic’ Win for Nature, Plus More Positive News

9 Dec 2021 – Ecuador recognised the rights of nature in a landmark ruling, encouraging data emerged about Omicron, and lab-grown meat reached another milestone, plus more positive news. 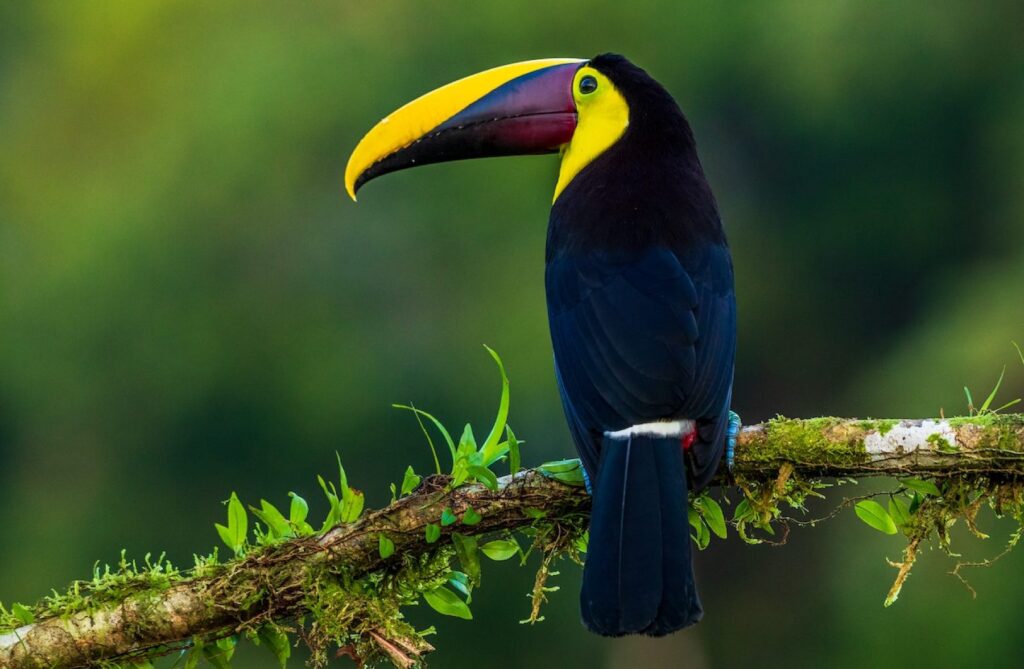 The rights of nature prevailed in Ecuador

Ecuador’s highest court has ruled that plans to mine for metal in a protected cloud forest violate the rights of nature – a landmark decision described as a “historic victory” for the planet.

Los Cedros cloud forest in the north-east of the country is a hotbed of biodiversity, home to spider monkeys, rare orchids and hundreds of bird species. It also holds deposits of copper and gold, which Ecuador’s national mining company – Enami EP – had been given permits to extract.

Those permits are now being revoked after Ecuador’s constitutional court ruled that mining in the reserve would violate the rights of nature, which were enshrined in the country’s constitution in 2008 – a world first. Until this week, those rights had yet to translate into legal rulings.

“This is a historic victory in favour of nature,” said Natalia Greene of the Global Alliance for the Rights of Nature, an NGO. “This sets a great juridical precedent to continue with other threatened protected forests. [Nature] has won an unprecedented battle.”

Encouraging data came out about Omicron

As new Covid restrictions were announced for the UK in response to Omicron, there was some potentially positive news from the World Health Organization (WHO).

It said initial data suggests the new variant does not make people sicker than Delta and other strains. “If anything, the direction is towards less severity,” Dr Michael Ryan, the WHO’s emergencies director, told AFP news agency.

The WHO also said that existing vaccines should protect people from developing severe symptoms from Omicron. However, early data suggests the Pfizer vaccine could be less effective against it.

Canada’s House of Commons has voted through a bill that will ban conversion therapy: a controversial ‘treatment’ that claims to be able to change a person’s sexual orientation or gender identity.

The law will make it a crime to subject any person, whether they consent or not, to conversion therapy. The practice that has been widely discredited by medical associations.

If the bill passes through the Senate, Canada will become one of only five countries – Brazil, Ecuador, Germany and Malta being the others – that have outlawed conversion therapy.

Shell pulled out of a controversial oil project

Climate campaigners were celebrating this week after Shell announced that it was pulling out of the controversial Cambo oil field in Shetland, Scotland.

The company said the economic case for drilling at the undeveloped North Sea site didn’t add up. The project has faced intense criticism in recent months, with activists claiming it undermines the UK’s credibility in the year that it hosts COP26. Other companies could yet still drill at the site.

“People power has made the climate-wrecking Cambo development so toxic that even oil giant Shell doesn’t want to be associated with it any more,” said Caroline Rance of Friends of the Earth Scotland.

“Both the UK and Scottish governments must now officially reject Cambo, say ‘no’ to any future oil and gas developments in UK waters, and get on with planning a fair and fast transition for people working in this industry.”

Japan’s largest city announced this week that it will recognise same-sex partnerships from April 2022.

The move puts pressure on the national government to do the same – Japan is the only G7 nation that doesn’t legally recognise gay marriage.

The group Marriage for All Japan said Tokyo’s decision was positive news. “The government should hurry up and legalise marriage nationally,” it said.

A dead coral reef came back to life

A coral reef in Indonesia that was destroyed by dynamite fishing a decade ago is now bustling with life, according to researchers at the University of Exeter.

They used underwater recording gear to “eavesdrop” on the ecosystem after it had been seeded with corals. Their research, published this week in the Journal of Applied Ecology, discovered that the reef is “growling” and “whooping” as fish return to it.

“Restoration projects can be successful at growing coral, but that’s only part of the ecosystem,” said lead researcher Dr Tim Lamont. “This study provides exciting evidence that restoration really works for the other reef creatures too – by listening to the reefs, we’ve documented the return of a diverse range of animals.”

What’s believed to be the largest lab-grown steak ever produced was unveiled this week, marking a milestone for the nascent cultured meat industry.

The 4oz steak was grown from tissue samples taken from a cow and then 3D printed to resemble a regular steak. The Israeli firm behind it, MeaTech, said the achievement was an important step toward scaling production of cultivated steaks.

MeaTech is one of a number of upstart food companies seeking to send cultured meat mainstream. In July, another Israeli firm, Future Meat Technologies, opened the world’s first lab-grown meat factory, which it claims can produce $3.90 (£2.80) chicken breasts.

As well as saving millions of animals from being slaughtered, lab-grown meat produces a fraction of the emissions of conventional farming, and uses next to no land. However, there are many regulatory hurdles to navigate to bring it to market.

MeaTech does not have immediate plans to mass produce its steaks. FMT has a target date of 2022 to start selling cultured meat in the US.

People aged 14 and under will never be able to legally buy tobacco in New Zealand, the government said this week. It fulfils an earlier promise made by ministers to end smoking.

New legislation will see the country’s legal smoking age increase every year to create a smoke-free generation. New Zealand’s associate health minister, Dr Ayesha Verrall, described the announcement as “a historic day for the health of our people”.

Critics said the legislation could send the market for cigarettes underground, and raised concerns about the level of government intervention in people’s lives.

Employees at Saga – a travel and insurance firm based in the UK – are to get a week of paid leave when they become grandparents. It is the first major UK firm to introduce such a policy.

Saga, which employs around 2,500 staff, said the policy is a recognition that grandparents play a vital role in childcare, as well as an attempt to create a work culture that appeals to the over-50s.

“This is about helping new grandparents celebrate a special moment and play a role in their growing families from day one. And it’s also a symbol of how important older workers are to their companies and to society,” said Saga’s Jane Storm.