‘Nothing More Grotesque than a Media Pushing for War,’ Says Edward Snowden 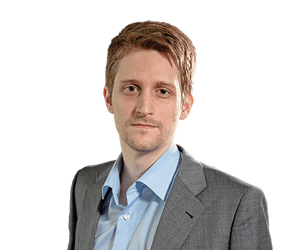 The Intercept’s Jeremy Scahill similarly notes that “the talking heads on cable news are almost drooling over the prospect of a ratings-boosting war.” 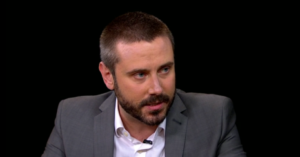 12 Feb 2022 – Exiled American whistleblower Edward Snowden yesterday joined global critics who are decrying news outlets for encouraging war with their coverage of rising tensions between the United States and Russia—where he has lived since 2013—over Ukraine.

“With talk of war in Ukraine rising to a fever pitch, U.S. media outlets are once again beating the drums.”

“There is nothing more grotesque than a media pushing for war,” Snowden tweeted.

After a flood of responses—some highlighting that Russian President Vladimir Putin has stationed over 100,000 troops near his country’s border with Ukraine and is conducting military exercises in Belarus—Snowden doubled down on his anti-war message.

“When you see snide quote-tweets of this from the boot-licking think-tank crowd, look at the ratio and remember that even if they’re loud, they are in the minority,” he said. “Being pro-war is not smart, cool, or sophisticated, and their performative outrage doesn’t change that.”

Snowden is far from alone in blasting a media march toward war that has been compared to the lead-up to U.S. invasion of Iraq in 2003.

“Here we go again,” Jeremy Scahill, co-founder of The Intercept, wrote in a Friday fundraising email. “With talk of war in Ukraine rising to a fever pitch, U.S. media outlets are once again beating the drums.”

The investigative reporter, who has covered U.S. wars for decades, added:

The talking heads on cable news are almost drooling over the prospect of a ratings-boosting war. Retired Pentagon officials on the payroll of the defense industry are presented as “experts,” often with no disclosure of their financial conflicts of interest.

And once the shooting starts, mainstream pundits will drop any remaining pretense of journalistic integrity and begin openly cheerleading for “the troops,” like sports announcers rooting for the home team.

Meanwhile, the U.S. is the world’s largest arms dealer and it spends more on “defense” than China, Russia, India, the U.K., Germany, France, Japan, South Korea, and Australia combined.

In a Friday opinion piece for Middle East Eye, journalist Joe Gill wrote that “in the 21st century, the media war is a critical element of any pre-war planning, and this appears to be reaching its crescendo.”

“The narratives repeated in the Western media are so thunderingly pro-Ukrainian and anti-Putin that it is hard to extract from the simplistic framing the complex nature of the conflict.”

“By talking up the inevitability of a war in Ukraine against Russia, Western intelligence agencies and their media outliers are implanting the idea that war has already started,” he continued, noting that “Bloomberg even accidentally announced that Russia had invaded Ukraine (before apologizing).”

Ahead of U.S. President Joe Biden’s call with Putin reportedly planned for Saturday morning, the White House continued to warn of a potential imminent invasion.

During Friday’s White House press briefing, Jake Sullivan, Biden’s national security adviser, said that “Russian military action could begin any day now,” citing “what we are seeing on the ground and what our intelligence analysts have picked up.”

“We are not saying that… a final decision has been taken by President Putin,” Sullivan noted, while also emphasizing that “any American in Ukraine should leave as soon as possible, and in any event, in the next 24 to 48 hours.”

The adviser also insisted that “we are ready to continue results-oriented diplomacy that addresses the security concerns of the United States, Russia, and Europe consistent with our values and the principle of reciprocity.”

However, the Biden administration has also signaled an unwillingness to agree to any of Russia’s security demands—including Ukraine’s exclusion from the North Atlantic Treaty Organization (NATO)—and deployed B-52 bombers with nuclear capabilities to the United Kingdom as well as 3,000 more troops to Poland.

A senior defense official said in a statement that the troops “are being deployed to reassure our NATO allies, deter any potential aggression against NATO’s eastern flank, train with host-nation forces, and contribute to a wide range of contingencies.”

Noting that “the U.S. and NATO are pouring in high-tech weaponry and training up Ukraine’s armed forces, making it a much more militarily capable foe,” Gill wrote Friday that “from where the Russians are sitting, the deployment of billions of dollars worth of new U.S. and U.K. military hardware on its borders is a sign of escalation, rather than defense.”

He added that “the narratives repeated in the Western media are so thunderingly pro-Ukrainian and anti-Putin that it is hard to extract from the simplistic framing the complex nature of the conflict.”

Bryce Greene delivered a similar critique last month in a Fairness and Accuracy in Reporting analysis of the corporate media’s Ukraine coverage, writing that missing context, including “the crucial role the U.S. has played” in fueling regional conflict, “allows hawks to promote disastrous escalation of tensions.”

“As a result of this coverage, the interventionist mentality has trickled down to the public,” Greene added, citing recent polls. “Perhaps if the public were better informed, there would be more domestic pressure on Biden to end the brinkmanship and seek a genuine solution to the problem.”

Meanwhile, as Branko Marcetic pointed out at Jacobin earlier this week, progressives who have taken a forceful stand for a diplomatic resolution to the Ukraine crisis, such as Sen. Bernie Sanders (I-Vt.) and Rep. Ilhan Omar (D-Minn.), are “navigating a dangerous climate created by mainstream media—including liberal outlet MSNBC—that casts anti-war opinion as disloyalty.”

The job of opposing war is too important to be left to right-wing hawks. As Bernie Sanders and others speak out, let's hope it's creating the political space for progressives and leftists to follow suit. https://t.co/8UAwWr8suo

Journalists who are critical about a potential war between the world’s two nuclear superpowers—or even question Western governments’ claims about a potential Russian invasion—are also being met with hostility.

Last week, as Common Dreams reported, Matt Lee of the Associated Press grilled a U.S. State Department spokesperson about the administration’s refusal to provide any evidence backing up the claim that Russia is planning false flag operation as a pretext to invade Ukraine.

Referencing the George W. Bush administration’s infamous lies about weapons of mass destruction, Lee told the State Department’s Ned Price that “I remember WMDs in Iraq.” As the journalist pushed for more than “a series of allegations and statements,” Price accused him of wanting “to find solace in information that the Russians are putting out.”

Recalling the exchange, Gill said Friday that “this kind of briefing can’t help but recall, as Lee suggested, the feverish months in the run-up to the 2003 invasion of Iraq.”