Biggest Oil Giants Made ‘Eye-Popping’ $205 Billion in Profits in 2021: Report

While millions have been hurt by surging gas prices, a new report from a government watchdog group shows 25 of the world’s biggest fossil fuel corporations in 2021 collectively pulled in $205 billion in profits. Now, fossil fuel giants are trying to “cash in on inflation and the crisis in Ukraine,” said one critic. 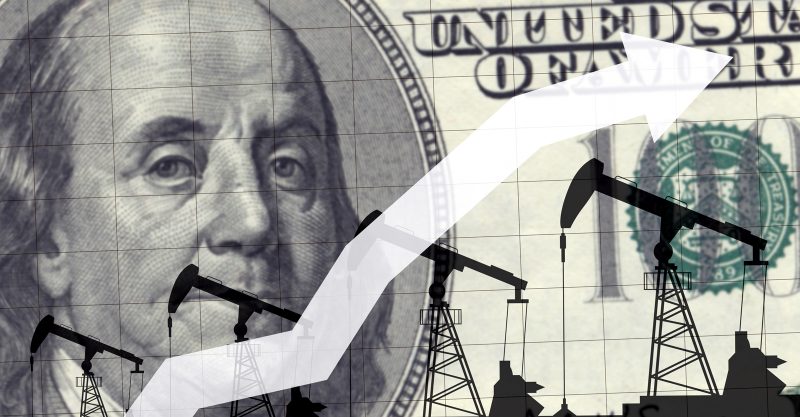 15 Mar 2022 – While millions of working people have been hurt by surging gas prices, a new analysis out today shows that 25 of the world’s biggest fossil fuel corporations collectively pulled in an “eye-popping” $205 billion in profits last year — and Big Oil is exploiting Russia’s war on Ukraine to charge even more at the pump in 2022 and advance its financial interests.

“All this money helps to line the pockets of wealthy oil executives who receive massive chunks of their compensation in company stock.”

As the report details, Big Oil has been bragging to investors about its windfall profits on recent earnings calls. Chevron, for instance, called 2021 one of its “most successful years ever.” Shell CEO Ben Van Beurden described it as a “momentous year.”

Last year’s record profits came as average gas prices in the U.S. steadily increased — hitting around $3.40 per gallon in December 2021, up from $2.10 a year before. As consumer demand rose last year following a brief coronavirus-driven decline in 2020, shareholders pressured fossil fuel corporations to restrict supply to drive prices higher.

Oil and gas costs have soared even higher during the first three months of 2022.

Gas prices of more than $7.00 per gallon are posted at a downtown Los Angeles gas station on March 9, 2022.
(Photo: Frederic J. Brown/AFP via Getty Images)

Since President Joe Biden announced one week ago that the U.S. would ban imports of Russian fossil fuels in response to Moscow’s deadly assault on Ukraine, the average price for a gallon of gas in the U.S. has continued to climb, surpassing $4.31 on Tuesday.

Given that the UK and the EU have also taken steps to clamp down on imports of Russian oil and gas, fossil fuel executives are reportedly salivating at the prospect of forcing consumers to accept higher costs amid the war.

According to Accountable.US, the fossil fuel giants responsible for hiking prices have already announced plans to buy back nearly $80 billion in stocks in 2022, boasting of their ability to deliver “even better” returns for shareholders this year.

Devon Energy, for example, said last month that doubling down on share buybacks is the “clear thing for us to do.”

“All this money helps to line the pockets of wealthy oil executives who receive massive chunks of their compensation in company stock,” states the report.

When Biden announced the U.S. boycott of Russian petroleum products, he stressed that this is “no time for profiteering or price-gouging.”

The Congressional Progressive Caucus followed up with a call to swiftly pass legislation to prevent more “shameless” price hikes, ramp up investments in renewable energy and raise wages and lower the costs of necessities for working families amid high levels of inflation, which 82% of U.S. voters attribute to “corporate greed.”

Why is the price of oil LOWER today than it was in 2014 while the average price for a gallon of gas nationwide is 80 cents a gallon HIGHER than it was eight years ago? Answer: Corporate greed. Now is no time for profiteering. Now is the time for a windfall profits tax.

Big Oil, meanwhile, has sought to deflect blame for worsening pain at the pump, baselessly accusing Biden — who approved more permits for drilling on public lands and waters in 2021 than former President Donald Trump did in 2017 — of suppressing domestic extraction.

As Biden bragged last week, U.S. fossil fuel corporations “pumped more oil during my first year in office than they did during my predecessor’s first year.”

Domestic oil and gas production is “approaching record levels,” said Biden, “and we’re on track to set a record for oil production next year.”

The president, who has ordered the release of tens of millions of barrels of oil from the nation’s strategic reserves, argued that any blame for untapped extractive potential should be placed on the shoulders of those who are sitting on millions of acres of federal property.

Kyle Herrig, president of Accountable.US, said in a statement that “as Americans encounter higher prices to fill their gas tanks or heat their homes, Big Oil is grasping at straws to explain why they are swimming in unused leases and hundreds of billions of dollars in profits — money they hand over to wealthy oil and gas company executives and shareholders rather than struggling consumers.”

Last decade’s drilling and fracking boom turned the Permian Basin into the most productive oil and gas field in the world, transforming the U.S. into a major exporter of fossil fuels but keeping prices low, much to the chagrin of shareholders.

As Pavel Molchanov, an analyst at Raymond James, told the news outlet earlier this month: “Oil and gas companies do not want to drill more. They are under pressure from the financial community to pay more dividends, to do more share buybacks instead of the proverbial ‘drill baby drill,’ which is the way they would have done things 10 years ago. Corporate strategy has fundamentally changed.”

Herrig argued that “it’s time for Big Oil to stop lying about the Biden administration’s public land policies, quit using it as a cover to cash in on inflation and the crisis in Ukraine, and pass the benefits of their massive profits on to consumers.”

The measure would hit large fossil fuel companies with a per-barrel tax — whether the oil is domestically produced or imported — equal to 50% of the difference between the current price of a barrel of oil and the average price per barrel between 2015 and 2019.

An estimated $45 billion in annual revenue would be redistributed to U.S. households in the form of quarterly rebates.

Russia’s invasion of Ukraine, Biden said last week, “should motivate us to accelerate the transition to clean energy.”

“Loosening environmental regulations and pulling back clean energy investment … will not lower energy prices for families,” said the president. “But transforming our economy to run on electric vehicles powered by clean energy, with tax credits to help American families winterize their homes and use less energy — that will, that will help.”

“If we do what we can,” he added, “it will mean that no one has to worry about prices at the gas pump in the future.”

Earlier this month, the Intergovernmental Panel on Climate Change warned that humanity has a “brief and rapidly closing window” to avoid the worst effects of the fossil fuel-driven climate emergency, which is on track to exacerbate deadly extreme weather, with especially catastrophic consequences for the world’s poorest and most vulnerable.

While progressives have long urged Biden to exercise his executive authority to the fullest possible extent to improve the lives of working people and help secure a livable planet in the face of staunch opposition in Congress, they also have not given up on pushing for further legislative action.

On Monday, nearly 90 House Democrats urged Biden to revive the party’s stalled reconciliation package — which has been approved by the lower chamber but blocked in the Senate by every Republican plus right-wing Democrats Joe Manchin (W.Va.) and Kyrsten Sinema (Ariz.) — by prioritizing measures designed to mitigate and adapt to the climate crisis.

In addition, more than 120 advocacy groups called on Senate Majority Leader Chuck Schumer (D-N.Y.) to swiftly translate the party’s domestic priorities into a reconciliation package that can reach Biden’s desk by next month.

“We cannot wait another day,” said Rep. Jamaal Bowman (D-N.Y.), “to safeguard the future of humanity.”