She was a refugee who rose to the highest levels of government and became a well-positioned advocate of American exceptionalism. 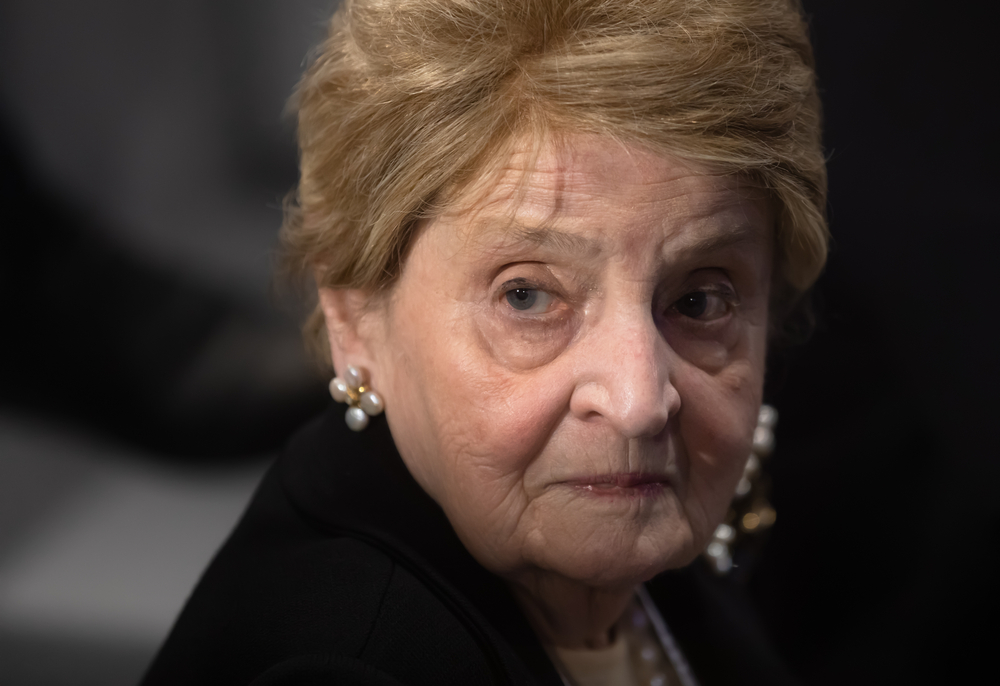 24 Mar 2022 – Madeleine Albright, the first female U.S. Secretary of State, a prominent liberal interventionist, and promoter of NATO expansion, died on 23 Mar from cancer at the age of 84.

Born in Prague on the eve of the Second World War, Albright came to the United States with her family as refugees and rose to the highest levels of government service. A scholar of international relations and a professor at Georgetown University, she entered public service as ambassador to the United Nations in Bill Clinton’s first term, and then was nominated to lead the State Department in the second.

Albright was a major influence on the Clinton administration’s foreign policy and consistently pushed for a more hawkish and interventionist line in response to foreign crises and conflicts. Her foreign policy worldview was rooted in the history of a Europe ravaged by total war, but this also served to distort her understanding of international problems and encouraged her to favor military options too often. She was a significant influence on the increasingly combative approach at the end of Clinton’s presidency, and her role in building support for U.S./NATO military intervention in Kosovo was her legacy.

“My mindset is Munich,” she would often say as an explanation of how she saw the world, and like generations of Europeans and Americans haunted by WWII she made the mistake of seeing new Munichs around every corner. As Owen Harries observed a quarter-century ago when Albright was nominated to lead the State Department, “she epitomizes a belief in the virtue of uninhibited American interventionism.” Entering government service in the 1990s when U.S. power was at its apex, Albright was well-positioned to advocate for that uninhibited interventionism. Especially in the Balkans, she succeeded in making that official policy.

Albright has long served as the exemplar of overreaching American interventionism in the 1990s. According to a famous anecdote, she berated Colin Powell, then Chairman of the Joint Chiefs, “What’s the point of having this superb military you’re always talking about if we can’t use it?” That the U.S. military should be used and used often when international problems cropped up was something that Albright seemed to take for granted. In that respect, she helped to lay the groundwork for America’s excessively militarized approach to the rest of the world over the last twenty years.

As Harries noticed long ago, “One of the disconcerting things about such enthusiasm for action is its apparently indiscriminate nature. It seems to favor intervention generally and on principle, rather than as a drastic course to be turned to only when truly important interests are at stake and softer measures have failed. It puts the emphasis not on the ends to be pursued but on a general activeness.” In a city full of advocates of do-somethingism, Albright was one of the most aggressive.

Besides her support for interventionism, Albright is probably best remembered for her 1996 comments about sanctions on Iraq. In response to a question about the reported deaths of hundreds of thousands of Iraqi children as a result of sanctions, Albright said, “I think this is a very hard choice, but the price–we think the price is worth it.” Albright later said she regretted the comment and called it stupid, but the original comment was a rare example where a top U.S. official acknowledged the harm done by sanctions but still attempted to justify it.

Most sanctions advocates today will go out of their way to deny that sanctions cause any harm to the civilian population of a targeted country, and instead they will seek to shift the blame to the local government or some other cause. Whether Albright meant to or not, her answer laid bare the cruelty at the heart of broad sanctions that says that our government should punish innocent people in another country to strike at their leaders.

Not only was she an early advocate for military intervention in Bosnia, but she was a driving force behind the illegal Kosovo war in 1999. Congress never authorized that action, no U.N. resolution approved it, and NATO wasn’t acting in defense of any of its members. The U.S. and NATO went to war to force what was then Yugoslavia to withdraw its forces from part of its own territory.

While it was justified as a humanitarian intervention, the Kosovo war was a major breach of international law, it did significant harm to U.S.-Russian relations, and it helped pave the way for other illegal wars in the decades that followed. Albright later claimed that Kosovo was her proudest moment, but it represented everything that was wrong with her tenure at State.

A few years after the Kosovo war, the Iraq war debate was in full swing. Albright penned an op-ed in 2002 in which she expressed reservations about the Bush administration’s haste in turning its attention to Iraq, but despite her objections to the speed of the administration’s preparations she was basically on board with the substance of the policy. While she didn’t believe that invading Iraq was urgently required, she didn’t disagree with the idea of attacking Iraq and forcing regime change. As she put it, “We should pick this fight at a moment that best suits our interests.”

Albright apparently had no objections to engaging in illegal aggression against Iraq. Her main criticism was that it was simply not the right time to attack. This was typical of many hawkish Democrats’ “yes, but” arguments against the Bush administration’s push for war at that time, but that doesn’t absolve Albright of the serious error of buying into the threat inflation surrounding Iraq’s unconventional weapons programs and accepting the logic of regime change. Albright was not one of the leading Democratic cheerleaders for the invasion, but she wasn’t really an opponent of the war, either.

Albright was no stranger to endorsing the use of force against Iraq when she was still in government. She made one of her best-known statements as a justification for possibly launching strikes on the Iraqi government in 1998: “But if we have to use force, it is because we are America; we are the indispensable nation. We stand tall and we see further than other countries into the future, and we see the danger here to all of us.” This was a remarkably self-serving statement even then, and it has not aged well.

As Quincy Institute President Andrew Bacevich has noted on more than one occasion, the subsequent events of the twenty-first century proved Albright’s dictum false. Not only did the U.S. not see any further than other countries into the future, but it was also easily blinded to foreseeable dangers that were already staring it in the face when Albright said these words. The notion that America is the indispensable nation reflects our own self-importance and our desire for self-flattery, but it has precious little to do with reality or how the rest of the world sees us. If the U.S. chooses to use force against smaller, weaker states, it always does so because it can and not because it has to.

One Response to “Obituary: How Madeleine Albright’s ‘Munich Mindset’ Turned into Uninhibited Interventionism”