10 Apr 2022 – Our healers, our shamans and witches, our “curanderos” used these medicines for millennia and today science is beginning to vindicate them through the force of reason and a return to the origins, the path of the heart. 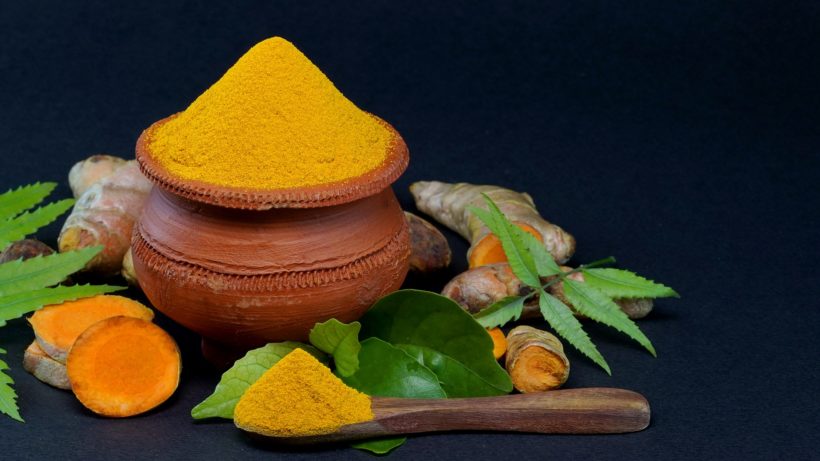 Originally from India and Southeast Asia, the use of turmeric dates back more than 4,000 years. Written in one of the oldest Chinese medical treatises (from 2600 BC): Pentsao of Sheng Nung already mentions its use as a treatment for joint pain. The word turmeric, derived from the Sanskrit word Kartuma, later Kurkum in Old Persian, pronounced today kurkum or kharkum in Arabic.

It was used as a spice, as a garment dye and food colouring, but also as a cosmetic and medicine. This spice was traded during commercial transactions, so it was quickly found throughout the Arabian Peninsula and the Near and Middle East. This is why its use figures in both traditional Asian and Arabic medicine. It is very present in religious rites among Hindus, where it is used during weddings and births as a symbol of auspiciousness. In both Asia and Africa, it is a base for many beauty products.

It is cultivated in tropical and subtropical regions, but mainly in India and Southeast Asia. It grows at altitudes between 400 and 1,000 metres above sea level. This plant requires a warm climate, between 30 and 35°C, moist, well-drained clay soil and a pH between 5 and 7.5. Six to seven months afterwards when the leaves and stem have dried the turmeric rhizomes are ready to be harvested, then boiled, dried and reduced to powder. There are almost 80 species in the genus, however the best known and most widely used is Longa. Its scientific name is Curcuma longa.

Our friend contains 64.9% carbohydrates; 7.8% protein; 9.9% fat; 11.4% water; minerals and vitamins C, B1, B2, B3, B9. It can be consumed in various forms: in capsules, as a mother tincture, but also as a decoction or infusion. It can be ingested in powder form, or directly in food. The ancestral uses have been confirmed by numerous clinical studies.

As a general rule, only curcumin has been investigated because it is the active ingredient in this root that has the most beneficial health effects. Because of its mechanism of action, it can be used as an anti-inflammatory in many diseases: rheumatism, asthma, atherosclerosis, cancer, autoimmune disease (rheumatoid arthritis, ankylosing spondylitis, Crohn’s disease, psoriasis and ulcerative colitis).

It is now known that cellular oxidation and inflammatory phenomena play an important role in the genesis of cancers. Curcumin, through its anti-inflammatory antioxidant power, has shown an inhibitory effect on carcinogenesis in several types of cancer (colon, pancreatic, liver, blood, etc.) and at different stages, and is known to act on three key steps in carcinogenesis: initiation, angiogenesis and tumour growth.

It is well known that in countries where turmeric is consumed in high doses, as in India for example, the incidence of colorectal and gastrointestinal tract cancer is lower than in our Western countries. The anti-cancer potential of turmeric is very interesting and research is still ongoing but early evidence is conclusive.

It is very effective in reducing intestinal gas and has a hepatoprotective effect. To make a brief synthesis we can say that the main benefits are very powerful anti-inflammatory; very effective antioxidant; anti-ulcer; hepatoprotective and anti-carcinogenic. It is also a stomach tonic. Thanks to its main component, curcumin, it has antioxidant powers and is beneficial for Alzheimer’s disease. It is used as a treatment for skin problems, dermatitis and fungus. It is used as a remedy for carpal tunnel syndrome.

It is contraindicated during pregnancy because it may cause miscarriage or haemorrhage. It is also contraindicated during breastfeeding. It should not be taken by people suffering from kidney stones. It is contraindicated in the days before and after any surgery, including tooth removal. This is because it has anticoagulant effects and there is a risk of haemorrhage. It should not be consumed if you are taking any anticoagulant or when taking supplements such as Omega 3, Ginko Biloba or Ginseng, which also have this last characteristic.

We always have to check, investigate, find out if what we are going to consume has something that can affect us according to our individual situation. In my case, I consume a very intense turmeric of Indian origin with a strong colour that comes in powder form, in the morning. It is assimilated much more with some fatty substance. With half a glass of warm water, I mix it with a teaspoon of pollen and a teaspoon of honey and have done so for years. It can be used as a condiment in any food, soups, stews, etc.

Now you will realise why it is one of our greatest allies.

REHUNO – Red Humanista de Noticias en Salud is a group of volunteers from different countries, health professionals and/or users of health services, who want to give voice to a “humanizing view” of health systems from a broad and comprehensive perspective. REHUNO wants to put into words and images the positive news that needs to be highlighted and the negative news that needs to be denounced and happening on a daily basis. http://rehunosalud.org/