18 May 2022 – In commemoration of the 74th anniversary of the Palestinian Nakba, renowned historian, Professor Ilan Pappe, and Palestinian author, Dr. Ramzy Baroud, announce the release of their latest book, ‘Our Vision for Liberation: Engaged Palestinian Leaders & Intellectuals Speak Out.’ 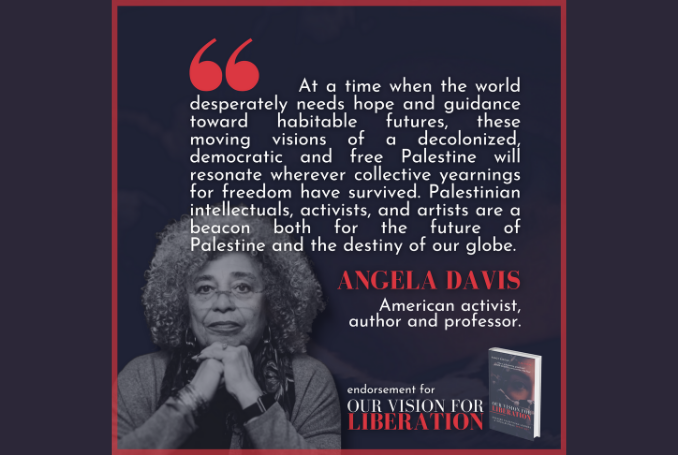 The ‘fascinating book’, which has received raving reviews from iconic intellectuals around the world, provides a rare view of the future of Palestine, as articulated by nearly 30 engaged Palestinian scholars from Palestine and across the shatat, the Diaspora.

“At a time when the world desperately needs hope and guidance toward habitable futures, these moving visions of a decolonized, democratic and free Palestine will resonate wherever collective yearnings for freedom have survived,” iconic American activist, intellectual and Professor Angela Davis wrote, adding, “Palestinian intellectuals, activists and artists are a beacon, both for the future of Palestine and the destiny of our globe.” 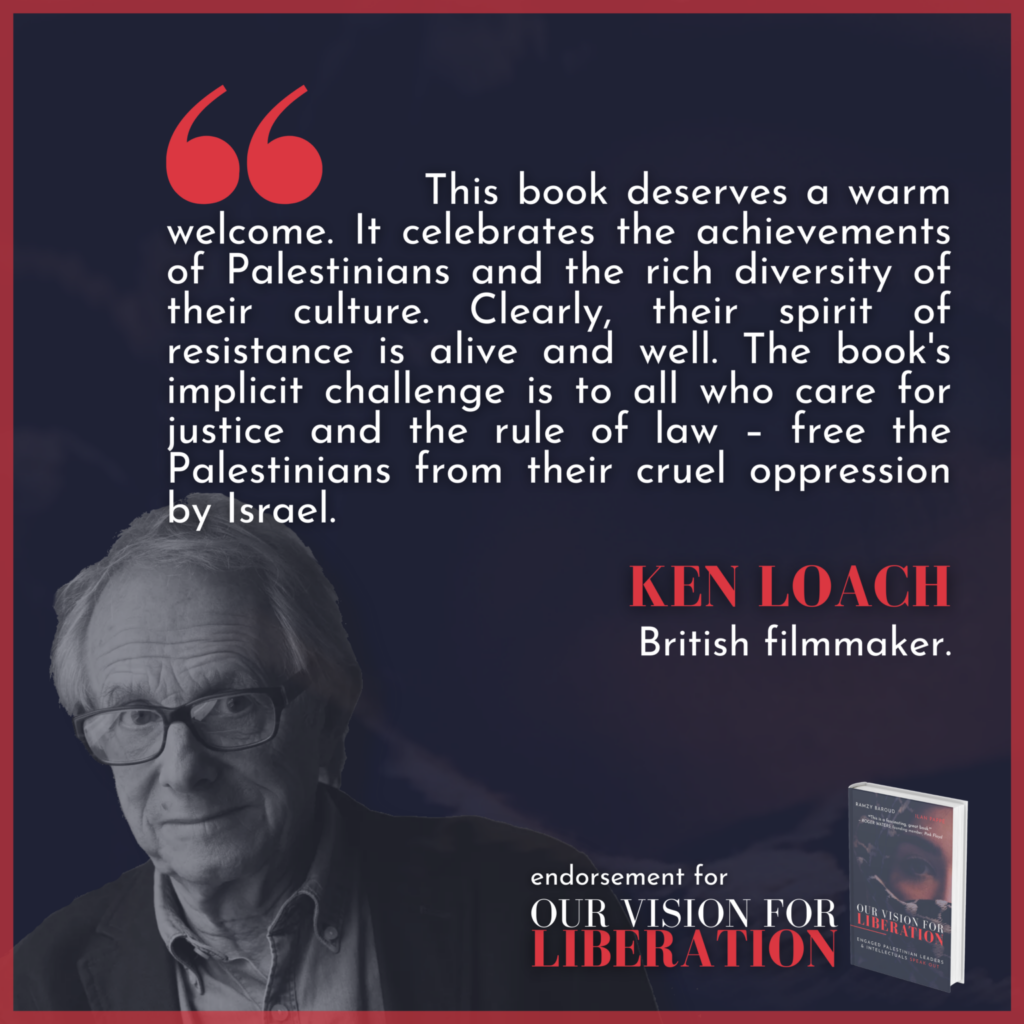 This view was shared by renowned Australian journalist John Pilger who described the book as an “outstanding anthology”, with an “eloquent logic”, which demonstrates that “Palestine will be free, like a seed beneath the snow”.

For his part, South African author, politician and anti-apartheid activist Ronnie Kasrils said that this book is “a death knell to Zionist fantasy and imperialist domination” as “every page breathes the scent of freedom”. 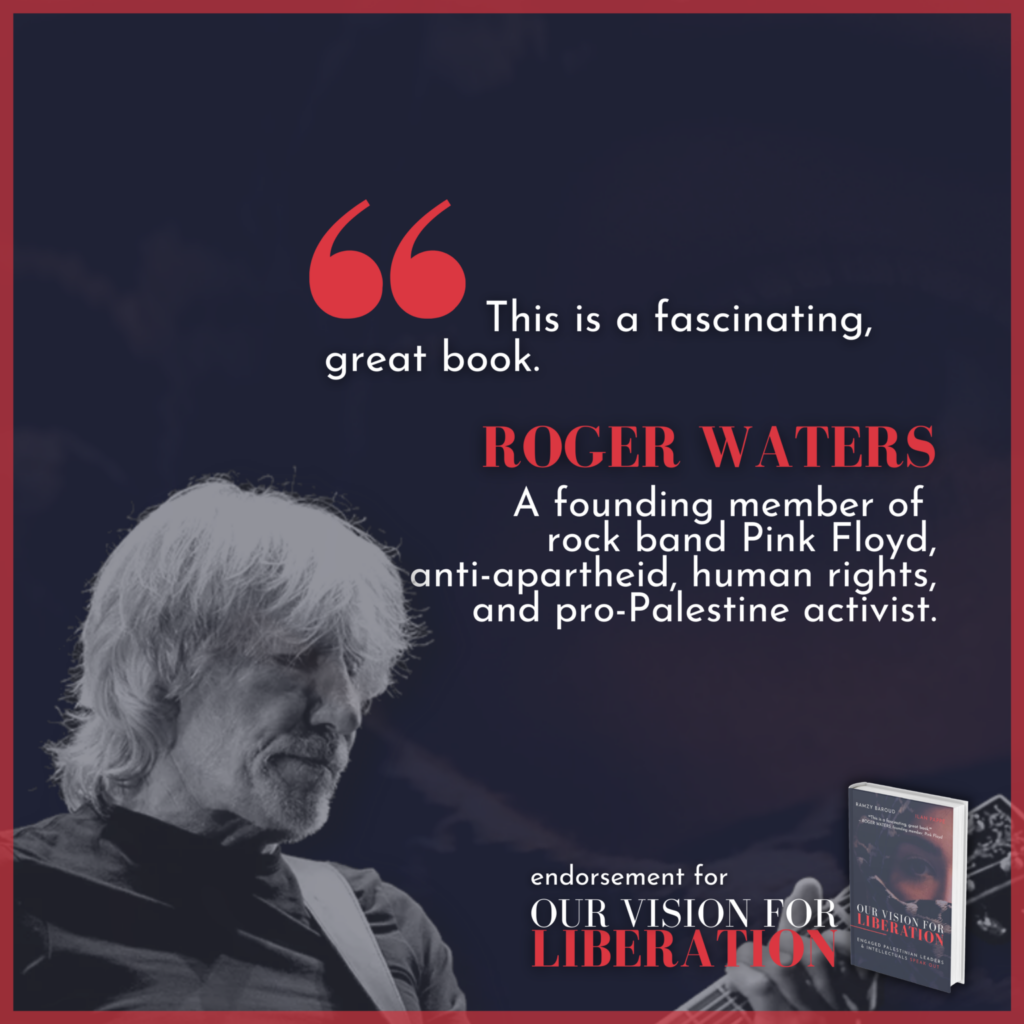 Professor and author, Jeremy Salt, stated that these “essays send a clear message to the racist apartheid occupiers of Palestine”. 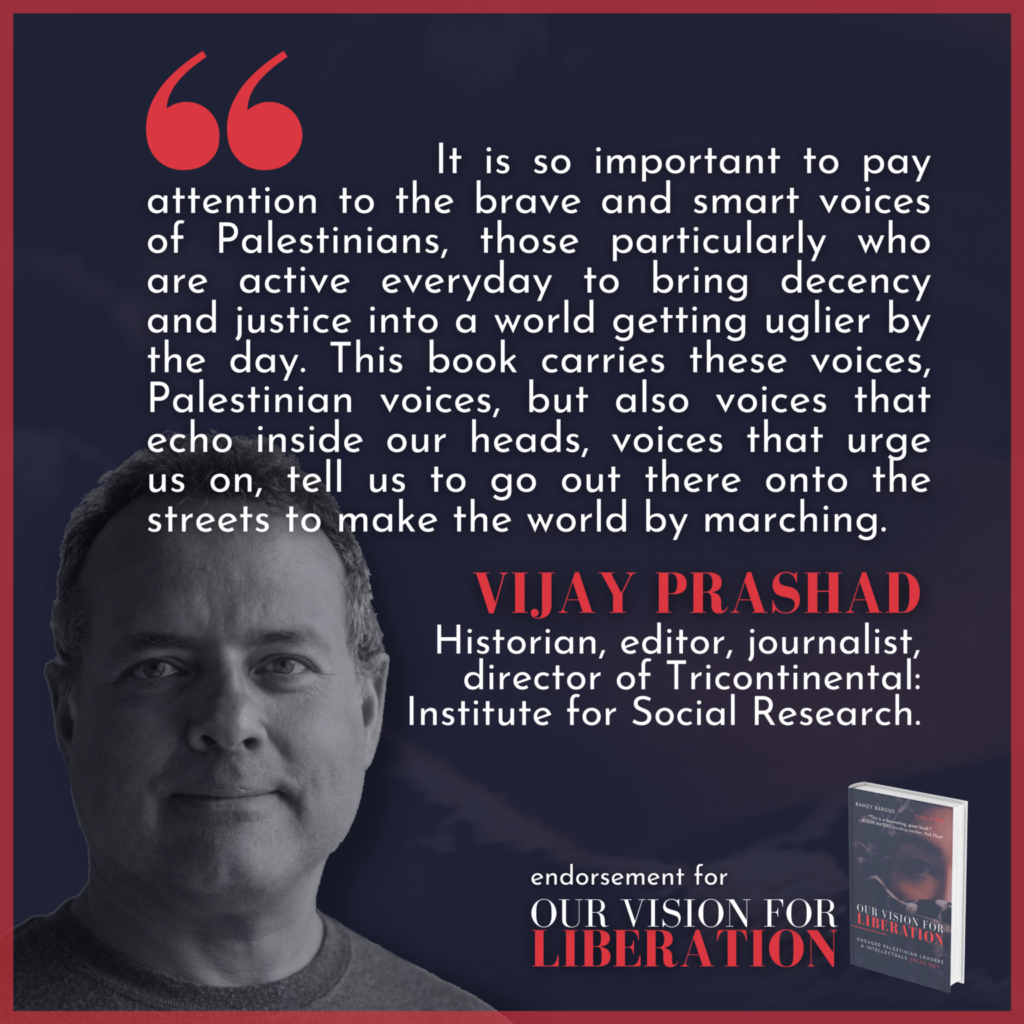 Contributors to the book include Khalida Jarrar, who discusses the issue of resistance in Israeli prisons, Father Manuel Musallam, who addresses the Christian vision for liberation and Farah Nabulsi, who writes on liberation through cinema.

The book is available for purchase from Clarity Press in the US and Canada, Marston in the UK along with many independent bookstores, Amazon, Barnes & Noble, Harvard Bookstore,  Blackwells, Booktopia, Book Depository and other major online book retailers. An Arabic edition of the book is scheduled to be released soon.

Professor Ilan Pappé was born in Haifa, Israel in 1954. He graduated from the Hebrew University in Jerusalem in 1979 and received his Ph.D. from the University of Oxford in 1984. He taught at the University of Haifa until 2006 and then moved to the University of Exeter in the UK, where he is currently the director of the European Center for Palestine Studies. Pappe is the author of 20 books, among them The Ethnic Cleansing of Palestine (2007) and On Palestine, with Noam Chomsky (2010).