With no clear alternatives and surging energy prices, sanctions look set to hurt the bloc more than they will harm Russia. 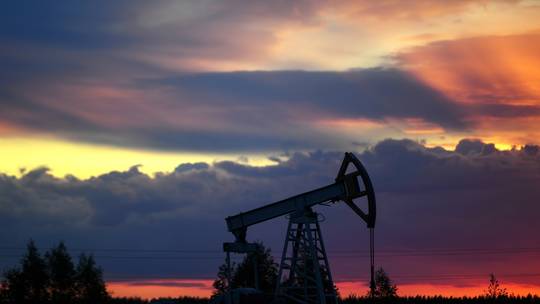 7 May 2022 – The European Union, this week, announced ambitious proposals to embargo the importation of Russian oil by the end of 2022. After teeth-pulling negotiations which have been met with strident objections from several member states, including Hungary and Slovakia, and public doubt over the impact of such measures, its Commission President Ursula Von Der Leyden declared that these measures would be gradually implemented throughout the course of the year.

This didn’t reassure markets, with crude oil prices quickly rising above $114 per barrel as of Friday morning, and Moscow officials predicting that the bloc would still be buying Russian oil via third countries and intermediaries, a strategy that has allegedly been utilized by Iran under tough American sanctions.

Despite marketing the measures as tough, for multiple reasons the EU is set to be the biggest loser of such an effort. The proposed embargo reveals a huge strategic vulnerability in its “energy security” – the ability of a state, or group of states, to secure access to energy resources when they are not capable of producing enough of their own. When you consider how many wars have been fought by the West purely over access to oil supplies, including two in Iraq, this is a big deal.

For the EU, cutting off oil dependency continues to be a difficult step which will exacerbate already surging energy costs and inflation across the continent. How will the bloc find new supplies? And if so, surely relying more on other partners will bring new dangers?

In the year 2020, 29% of the EU’s imported crude oil came from Russia, 9% from the US, 8% from Norway, 7% each from Saudi Arabia and the UK, and 6% apiece from Kazakhstan and Nigeria. The removal of the largest market, Russia, means the bloc now has to increase its imports from the others. The natural candidates of course are the Persian Gulf states. This means the EU’s strategic dependency on continued access to oil resources in the Middle East is drastically increased, raising the bargaining power and political leverage of these countries. However, all evidence so far points to OPEC states benefitting from higher prices and refusing to cooperate with Western demands to increase production. Economics are about supply and demand. If supply decreases, but demand remains high (given you can’t go without oil) then prices rise, and why would any seller in the world put their prices down when the customer has no alternative to your essential product? The fact Russia is part of OPEC+ further complicates things.

As a result, the EU is making a huge mistake in its foreign policy and has no contingency plan or strategy to address this emerging problem. Currently, the bloc is determined to utilize Ukraine to try and impose a military defeat on Russia. In the meanwhile, it has also appointed itself as an “Indo-Pacific” power, showing little initiative to avoid being sucked into Washington’s confrontation with China in a region of the world it isn’t based in. This leaves the EU with the option of partnering up with India, but the 1.3-billion-strong nation is a net energy consumer, not a supplier – which is, coincidentally, another reason why attempts to undermine New Delhi’s ties with Moscow are likely to fail.

This all places a gaping hole in the EU’s foreign policy when it comes to strategic “energy security”. While endeavouring to reduce “strategic dependence” on Russia, they are merely creating a patched-up dependency on other regions instead, opening the doors to new risks.

For example, how is the EU’s disorientated policy on Iran, which has involved a nominal opposition to America’s unilateral “maximum pressure” program over the Iranian nuclear program, going to survive this crisis? Can the EU avoid having to resort to Iranian oil? And how, regardless of that, would the EU respond to Iran becoming stronger because of surging oil prices, despite all the American sanctions? That is before we even consider what happens if another major crisis or conflict in the Middle East emerges and disrupts oil supplies. What does the EU do if Iraq returns to a state of insurgency and civil war?

Russia is too big of a critical global energy resource to be ignored, which is why EU sanctions will not deliver a knockout blow to the Russian economy. If the proposed ban is phased, then Russia continues to make more in the short term with the raised prices anyway.

This only goes to show the EU is drastically weakening itself to appease the interests of a United States that wields disproportionate power over its strategic and foreign policies. For sure, America benefits from energy sanctions on Russia, but this comes at an aggravated price for European consumers. In this case, these sanctions will do more harm to the EU itself than they will to Russia. This will be as economically painful as it will be strategically disastrous. The bloc doesn’t have a concrete alternative in place and what’s worse, it has barely even contemplated such an alternative. This will leave the continent weaker, poorer and more vulnerable, threatening a terrifying repeat of the 1970s energy crisis, which given inflation data, is already well underway.

Timur Fomenko is a political analyst.