The Tragedy of Julian Assange

23 Apr 2022 – The decision of a London Court to honor the request from the United States government for the extradition of Julian Assange, whistleblower and founder of the famed Wikileaks website which revealed the criminal actions of the United States military to the world, is most certainly of historic significance. If the British government gives final approval for this extradition to the United States, Assange will be the likely subject for show trial in which he will be charged with capital offenses under the rarely employed, and constitutionally flawed, Espionage Act. At that trial we will witness the collapse of the republican government of the United States of America into a morass resembling the decayed imperial governance of the Roman Empire under the emperors Caligula and Nero.

The 18 criminal charges filed against Assange for releasing classified diplomatic cables that documented the criminal and immoral actions of the United States military are being held up as grounds for him to spend 175 years in prison. Granted the decline in his health as a result of his imprisonment, it is unlikely he will serve out that term.

This charge is a transparent travesty which would be comic were it not so profoundly tragic.

But there is more to this case than meets the eye. Assange has become the popular face for resistance to technofascism and to the rise of totalitarian governance. That is all well and fine, but there are questions that need to be asked about why Assange has this special status, questions which few, if any, dare to ask.

Why is Assange constantly in the news while numerous Americans, Europeans, and others, who have been dismissed from their jobs, thrown out of the country, or suffered even worse fates, do not even exist in the alternative media?

Has Assange, for all the tragedy of his case, come to serve as a limited hangout for intellectuals, a means for citizens to pat themselves on the back without addressing the broader rise of totalitarian governance around the world, at every level, without considering the thousands of victims of similar persecution?

Also, why do we accept the narrative of a dispute between nation states, the United States, Great Britain, or Sweden, which are engaged in a process of negotiations? Why do we attribute this tragedy to the greed, the cruelty and the foolishness of politicians? 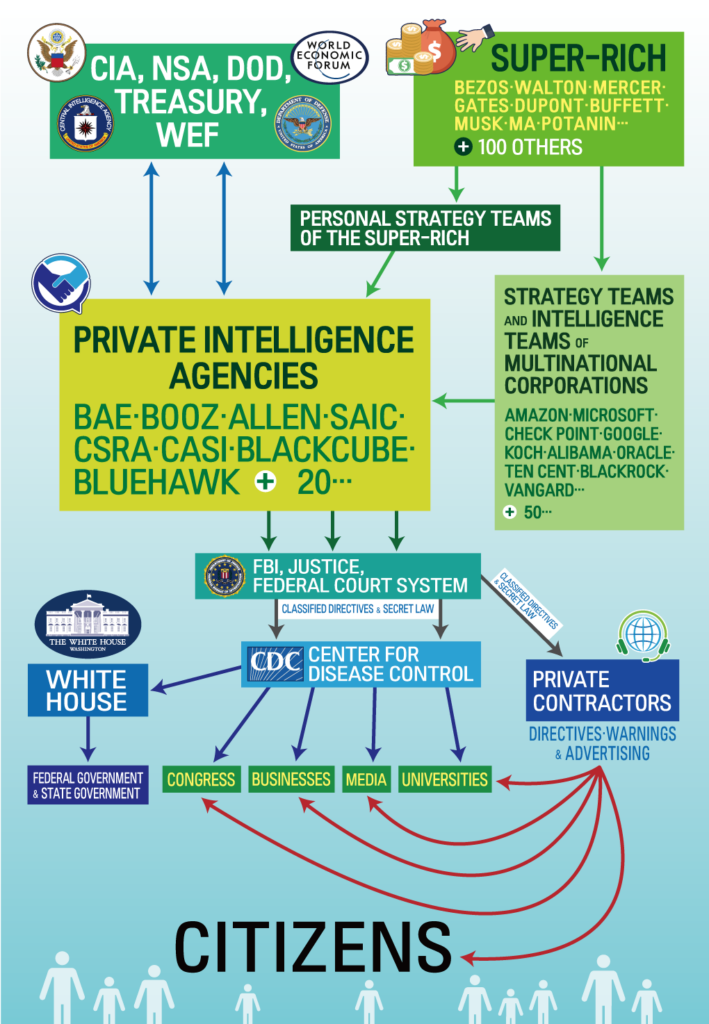 That narrative is increasingly distant from reality. In fact, the United States and the United Kingdom have ceased to serve as functional republics and are run directly by private equity, lobbying firms of the super-rich, private intelligence companies, and a broad range of pay-to-play consulting operations whose make up, whose structure, is hidden from us in even the reports of the truth seekers.

Talking about the tragedy of Assange without addressing the transformation of governance and without painting a detailed picture of who actually makes the decisions, is disservice for the public, one that misleads and that keeps us from focusing on the real source of the problem in institutional decay, and the real revolutionary solution.

Then there is the problem of Assange’s selective reporting. I understand, and I sympathize with, his desire to get his story out and to avoid the fate of others. But the assumption that he was a unique victim of the persecution of truth tellers is questionable.

Assange studiously avoided difficult questions about the 9.11 incident and he stayed away from a discussion of the details of how privatized elements in the US military and intelligence, cooperating with operatives from Israel (and elsewhere) played a role in gutting the United States government and in reducing it, and Israel as well, to for-hire puppets of the powerful. Without an analysis of the structural shifts in the United States that resulted in the aftermath of the 9/11 attacks (and that are also linked to the Oklahoma bombings), without a consideration of how such operations as 9/11 are planned and carried out in a limbo land inhabited by military contractors that lies in between Washington and Tel Aviv, the documentation of specific crimes is of limited value.

Moreover, Assange does not engage in an analysis of class issues. He seems allergic to the serious consideration of the possibility that we are looking at something beyond a particular nation state (granted some are in deeper than others) but rather the effort of a class of the super-rich to use new technologies to dumb us all down, to consolidate the control of all resources, and to control the entire world.

That the United States will play the role of the bad guy in the Assange show trial is without any doubt true. But I seriously doubt that the senile Joe Biden, or his cabinet of political figures created by multinational corporations through WestExec, Palm Island Capital Partners and the Asia Group, will be the ones behind the curtain who pull the strings.

Freeing Julian Assange is absolutely essential to restoring the rule of law and to defending freedom of the press. It is regrettable that Assange spoke so little about the thousands of others who have suffered similar fates-but that is now all in the past.

We must understand that end of journalism, and the end of justice, are products of the massive concentration of wealth, a process that has produced new political players who are rarely mentioned in the media at all. That is to say that those who most want to punish Assange, are not on trial and in many cases their names are unknown to the public.

Emanuel Pastreich served as the president of the Asia Institute, a think tank with offices in Washington DC, Seoul, Tokyo and Hanoi. Pastreich also serves as director general of the Institute for Future Urban Environments. He declared his candidacy for president of the United States as an independent in 2020.