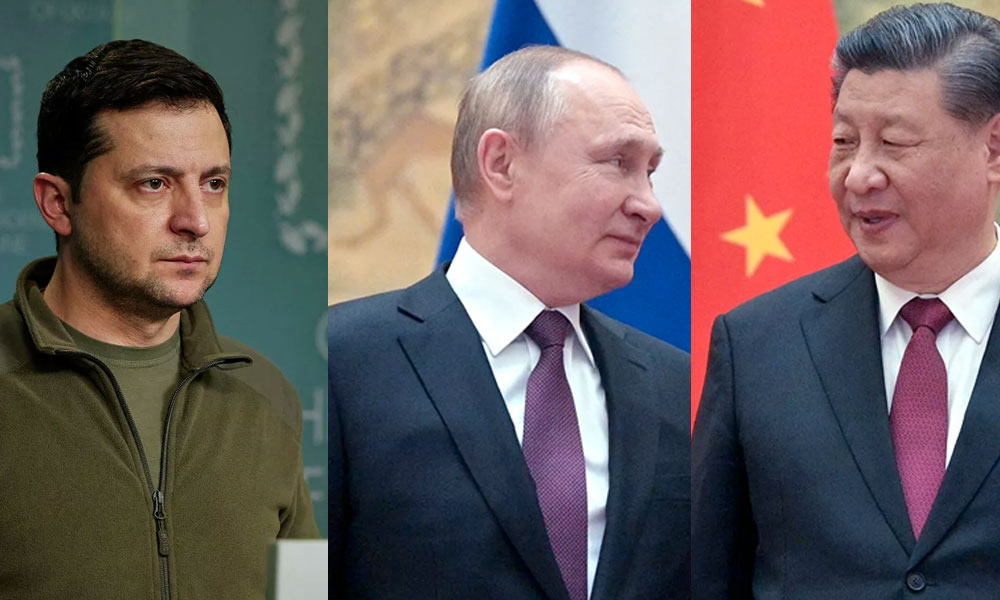 Scott Ritter and Ray McGovern discuss China relations with Taiwan and the US, the lemming-like bloc heads now leading the NATO bloc, and Russian forces on the ground in Ukraine.

29 May 2022 – Scott and I focused initially on President Biden’s just-completed Excellent Adventure in the Far East and the U.S. effort to woo countries away from China or, at least, pre-empt closer bilateral ties.

I again posed the question (see my brief talk Thursday, embedded here), Why must China’s “win-win” approach be dismissed out of hand – especially when it was so mutually beneficial 50 years ago in reducing tension and keeping the peace?

Recent developments, including talks with Chinese officials, have fortified Scott’s view that China remains extremely reluctant to go to war over Taiwan. Nevertheless, China will do so “in a heartbeat” if Taiwan declares independence and develops a more substantial military relationship with the US.

Bottom line: Scott predicts that the US will be at war with China within six months to a year – and will lose. This could be avoided if the US takes the military aspect out of the equation in confronting China and does the sensible thing in limiting the competition to the economic sphere.

Ray discussed the lemming-like bloc heads now leading the NATO bloc and compared them to statesmen and stateswomen of the past – the German Social Democratic Party’s Willy Brandt and Egon Bahr, for example; and Angela Merkel (no Socialist she), who told President Obama to his face that Germany would not join any effort to send offensive arms to Ukraine. Sadly, serious leaders of the past, experienced in foreign affairs as well as politics, have been replaced by political hacks with little or no experience (or even interest) in Ostpolitik, which yielded a peaceful, mutually beneficial détente in the 1970-80s.

The economic sanctions are already making themselves felt, however, in Germany and elsewhere. And there are preliminary signs that even some bloc-head lemmings may be having serious second thoughts. Fissures are cracking open and expanding among the NATO countries – particularly among those most affected by the sanctions.

Scott reiterated his long-standing view that Russian forces will prevail on the ground in Ukraine, adding that recently they have been performing in a very impressive, professional way. This, despite what the NY Times and Washington Post has been saying, (and even their narrative of Russian “blundering” has begun to change under the force of circumstances). One major question: If Establishment media find themselves forced to acknowledge strong Russian advances in the coming weeks, will they turn on the Biden administration as the mid-term November elections draw near? Snippets of truth have begun to appear in the likes of the NY Times and Washington Post.

The way things have evolved on the ground, serious embarrassment may be unavoidable. Will Biden cut his loses? I suggest the answer to that is No. Rather, with no adults in the room, Biden may instead be persuaded to up the ante (see below). I do hope someone tells the president that the Russians will not back down in the face of escalatory steps they are capable of neutralizing, and that this includes what they call “offensive strike missiles” capable of reaching Russia.

In this context, the trial-balloon-type media reports yesterday afternoon, after our interview, that the US is preparing to send long-range rocket systems to Ukraine, takes on added importance. A final decision by the White House is expected as early as next week.

One key weapons system under discussion is the U.S.-made Multiple Launch Rocket System (MLRS) capable of firing a torrent of rockets 180 miles or more. This is much farther than the systems currently in Ukraine’s inventory, and could put Russia itself within range. This system has been sitting atop the long list of requests from Ukrainian officials, who say it is needed to curb advancing Russian forces in the Donbas. US officials reportedly “have concerns” that Ukrainian forces might end up firing into Russian territory, causing major escalation.

Meanwhile, CNN reports that Democratic Rep. Jason Crow of Colorado, who was part of a congressional delegation trip to Kyiv earlier this month, told CNN he believes the systems could help Ukraine gain significant momentum against Russia.

Crowing About the MLRS

“I think it could be a game-changer”, Crow** said, not only for offensive attacks but also for defense. He explained that Russian conventional artillery, which has a range of about 50km, “would not get close” to Ukrainian urban centers if MLRS systems were positioned there. “So it would take away their siege tactics,” he said of the Russians.

The Kremlin has warned that any country providing advanced weaponry to Ukraine will face harsh repercussions. Yesterday Russian Foreign Minister Sergei Lavrov said the West has “declared total war” against Russia. The Russians would see any attempt to provide MLRS to Ukraine as additional proof of the West’s intent.

I would expect any MLRS that make it into Ukraine to be neutralized as soon as they are detected. And then Lockheed Martin (poor thing) would have to manufacture and sell still more! The money is there; the only problem is how fast it can be spent down. And so it goes.

** Jason Crow styles himself as something of a specialist on Russia. He has asserted that: “Vladimir Putin wakes up every morning and goes to bed every night trying to figure out how to destroy American democracy.”

This originally appeared at RayMcGovern.com

Scott Ritter was a US Marine Corps intelligence officer for 12 years. As a chief weapons inspector for the UN Special Commission in Iraq, he was labeled a hero by some, a maverick by others and a spy by the Iraqi government. In charge of searching out weapons of mass destruction within Iraq, Ritter was on the front lines of the ongoing battle against arms proliferation. He has had an extensive and distinguished career in government service with assignments in the former Soviet Union and the Middle East. In 1991, Ritter joined the United Nations weapons inspections team, or UNSCOM. He participated in 34 inspection missions, 14 of them as chief inspector. Ritter resigned from UNSCOM in August 1998, citing U.S. interference in the inspections. He is the author of many books, including Scorpion King: America’s Suicidal Embrace of Nuclear Weapons from FDR to Trump; Iraq Confidential: The Untold Story of the Intelligence Conspiracy to Undermine the UN and Overthrow Saddam Hussein; Target Iran: The Truth about the White House’s Plans for Regime Change; and Waging Peace: The Art of War for the Antiwar Movement. Contributor author: Deal of the Century: How Iran Blocked the West’s Road to War,  Clarity Press. He is a graduate of Franklin and Marshall College, with a B.A. in Soviet history.