15 Years of Failed Experiments: Myths and Facts about the Israeli Siege on Gaza 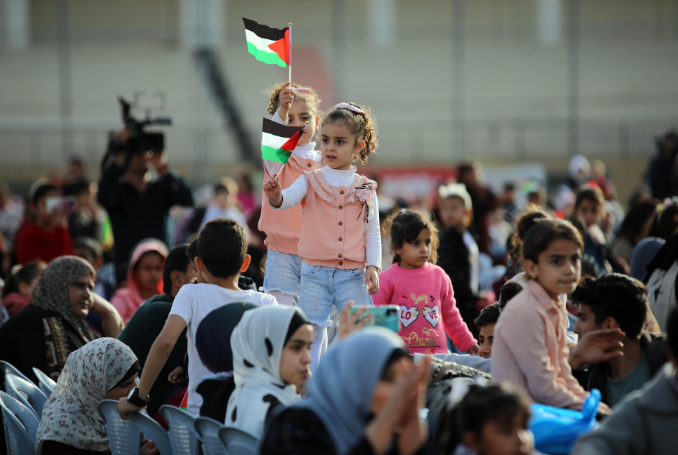 6 Jul 2022 – 15 years have passed since Israel imposed a total siege on the Gaza Strip, subjecting nearly two million Palestinians to one of the longest and most cruel politically-motivated blockades in history.

The Israeli government had then justified its siege as the only way to protect Israel from Palestinian “terrorism and rocket attacks”. This remains the official Israeli line until this day. Not many Israelis – certainly not in government, media or even ordinary people – would argue that Israel today is safer than it was prior to June 2007.

It is widely understood that Israel has imposed the siege as a response to the Hamas takeover of the Strip, following a brief and violent confrontation between the two main Palestinian political rivals, Hamas, which currently rules Gaza, and Fatah, which dominates the Palestinian Authority in the occupied West Bank.

However, the isolation of Gaza was planned years before the Hamas-Fatah clash, or even the Hamas legislative election victory of January 2006. Late Israeli Prime Minister Ariel Sharon was determined to redeploy Israeli forces out of Gaza, years prior to these dates.

What finally culminated in the Israeli Disengagement from Gaza in August-September 2005 was proposed by Sharon in 2003, approved by his government in 2004 and finally adopted by the Knesset in February 2005.

The ‘disengagement’ was an Israeli tactic that aimed at removing a few thousand illegal Jewish settlers out of Gaza – to other illegal Jewish settlements in the West Bank – while redeploying the Israeli army from crowded Gaza population centers to the border areas. This was the actual start of the Gaza siege.

The above assertion was even clear to James Wolfensohn, who was appointed by the Quartet on the Middle East as the Special Envoy for Gaza Disengagement. In 2010, he reached a similar conclusion: “Gaza had been effectively sealed off from the outside world since the Israeli disengagement … and the humanitarian and economic consequences for the Palestinian population were profound.

The ultimate motive behind the ‘disengagement’ was not Israel’s security, or even to starve Gazans as a form of collective punishment. The latter was one natural outcome of a much more sinister political plot, as communicated by Sharon’s own senior advisor at the time, Dov Weisglass. In an interview with the Israeli newspaper Haaretz, in October 2004, Weisglass put it plainly: “The significance of the disengagement plan is the freezing of the peace process.” How?

“When you freeze (the peace) process, you prevent the establishment of a Palestinian state, and you prevent a discussion on the refugees, the borders and Jerusalem,” according to Weisglass. Not only was this Israel’s ultimate motive behind the disengagement and subsequent siege on Gaza but, according to the seasoned Israeli politician, it was all done “with a presidential blessing and the ratification of both houses of Congress.” The President in question here is no other than US president at the time, George W. Bush.

All of this had taken place before Palestine’s legislative elections, Hamas’ victory and the Hamas-Fatah clash. The latter merely served as a convenient justification to what had already been discussed, ‘ratified’ and implemented.

For Israel, the siege has been a political ploy, which acquired additional meaning and value as time passed. In response to the accusation that Israel was starving Palestinians in Gaza, Weisglass was very quick to muster an answer: “The idea is to put the Palestinians on a diet, but not to make them die of hunger.”

What was then understood as a facetious, albeit thoughtless statement, turned out to be actual Israeli policy, as indicated in a 2008 report, which was made available in 2012. Thanks to the Israeli human rights organization Gisha, the “redlines (for) food consumption in the Gaza Strip” – composed by the Israeli Coordinator of Government Activities in the Territories – was made public. It emerged that Israel was calculating the minimum number of calories necessary to keep Gaza’s population alive, a number that is “adjusted to culture and experience” in the Strip.

The rest is history. Gaza’s suffering is absolute. 98 percent of the Strip’s water is undrinkable. Hospitals lack essential supplies and life-saving medications. Movement in and out of the Strip is practically prohibited, with minor exceptions.

Still, Israel has failed miserably in achieving any of its objectives. Tel Aviv hoped that the ‘disengagement’ would compel the international community to redefine the legal status of the Israeli occupation of Gaza. Despite Washington’s pressure, that never happened. Gaza remains part of the Occupied Palestinian Territories as defined in international law.

Even the September 2007 Israeli designation of Gaza as an “enemy entity” and a “hostile territory” changed little, except that it allowed the Israeli government to declare several devastating wars on the Strip, starting in 2008.

None of these wars have successfully served a long-term Israeli strategy. Instead, Gaza continues to fight back on a much larger scale than ever before, frustrating the calculation of Israeli leaders, as it became clear in their befuddled, disturbing language. During one of the deadliest Israeli wars on Gaza in July 2014, Israeli right-wing Knesset member, Ayelet Shaked, wrote on Facebook that the war was “not a war against terror, and not a war against extremists, and not even a war against the Palestinian Authority.” Instead, according to Shaked, who a year later became Israel’s Minister of Justice, “… is a war between two people. Who is the enemy? The Palestinian people.”

In the final analysis, the governments of Sharon, Tzipi Livni, Ehud Olmert, Benjamin Netanyahu and Naftali Bennett failed to isolate Gaza from the greater Palestinian body, break the will of the Strip or ensure Israeli security at the expense of Palestinians.

Moreover, Israel has fallen victim to its own hubris. While prolonging the siege will achieve no short or long-term strategic value, lifting the siege, from Israel’s viewpoint, would be tantamount to an admission of defeat – and could empower Palestinians in the West Bank to emulate the Gaza model. This lack of certainty further accentuates the political crisis and lack of strategic vision that continued to define all Israeli governments for nearly two decades.

Inevitably, Israel’s political experiment in Gaza has backfired, and the only way out is for the Gaza siege to be completely lifted and, this time, for good.