A World War in Pieces

11 Jul 2022 – On June 29 of this year 2022 the Madrid Summit of the countries that make up the North Atlantic Treaty Organization (NATO), to which the United States belongs as the main actor, took place. The relationship between these European countries and the United States is one of humiliating subordination.

In this Summit a “New Strategic Commitment” was established that in a certain way goes beyond the European limits and covers the whole world. To reinforce this globalist strategy, Japan, South Korea, Australia and New Zealand were also present. There, something extremely dangerous and provocative of a possible third world war was declared. Russia was reaffirmed as the direct enemy and China as the potential enemy of tomorrow. Nato is not only defensive, it has become offensive.

The perverse category of the “enemy” has been introduced, who must be confronted and defeated. This brings us back to Hitler’s Nazi-fascist jurist Carl Schmitt (1888-1985). In his The Concept of the Political (1932, Vozes 1992) he says: “the essence of a people’s political existence is its ability to define friend and foe” (p.76). By defining the enemy, fighting it, “treating it as evil and ugly and defeating it,” this establishes the identity of a people.

Again Europe falls victim to its own paradigm of the will to power and power as domination over others including nature and life. This paradigm led to two major wars with 100 million victims in the 20th century alone. It seems that it has learned nothing from history and even less from the lesson that Covid-19 is harshly teaching, because it struck like a bolt of lightning over the system and its mantras.

It is now known that behind the war taking place in Ukraine there is a confrontation between the USA and Russia/China as to who holds the geopolitical dominance of the world. Up until now, a unipolar world was in force with the complete predominance of the USA over the course of history, despite the defeats suffered in various military interventions, always brutal and destructive of ancient cultures.

Our master in geopolitics Luiz Alberto Moniz Bandeira (1935-2017) in his meticulous book A desordem mundial: O espectro da total dominação (Civilização Brasileira, RJ 2016) pointed out, of course, the three fundamental mantras of the Pentagon and US foreign policy:

Effectively this occurred in Honduras, in Bolivia and in Brazil with the coup of this nature against Dilma Rousseff in 2016 and subsequently with the unjust imprisonment of Lula. Now NATO’s New Strategic Commitment obeys this guideline, imposed by the USA, being valid for all under the pretext of security and stability in the world.

It so happens that the American empire is adrift, no matter how much one still appeals to its exceptionalism and to the “manifest destiny” according to which the USA would be the new people of God who will bring democracy, freedom and rights to the nations (always understood within the capitalist code).  However, Russia has recovered from the erosion of the Soviet empire, armed itself with powerful nuclear weapons and unassailable missiles, and is fighting for a strong position in the globalization process. China has emerged with new projects such as the silk road and as an economic power so powerful that it will soon surpass that of the United States. Parallel to this, the Global South has emerged, a group of BRICS countries in which Brazil participates. In other words, there is no longer a unipolar world, but a multipolar one.

This fact exasperates the arrogance of the Americans especially the neocon supremacists who claim it is necessary to continue the war in Ukraine to bleed and eventually wipe out Russia and neutralize China to confront it at a later stage. In this way – this is the neocon claim – one would return to the unipolar world under the dominance of the USA.

In this way the lethal paradigm of the dominus (lord and master) of modernity is reinforced and the alternative of the frater (brother and sister), proposed by Pope Francis in his encyclical Fratelli tutti, inspired by the best man in the West, Francis of Assisi, is weakened. Either we all fraternize among ourselves and with nature, or else we are, in the words of UN Secretary Antonio Guterres,”digging our own grave”.

Why has the will to power been chosen over the will to live of the pacifists Albert Schweitzer, Leon Tolstoy and Mahatma Gandhi? Why did Europe, which has produced so many sages and saints, choose this path that could devastate the entire planet to the point of making it uninhabitable? Has it taken as its guide the most dangerous of all archetypes, according to C.G.Jung, that of power, capable of destroying ourselves? I leave open this question that Martin Heidegger took to his grave without an answer. He said: “Only  God can save us”.

For it is in this living God and source of life that we place our hope. This goes beyond the limits of science and instrumental-analytical reason. It is the leap of faith that also represents a virtuality present in the global cosmogenic process.The alternative to this hope is darkness. But light has more right than darkness. In that light we believe and hope. 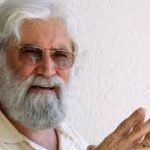