27 Jul 2022 – Cimavax-EGF, a Cuban therapeutic vaccine against lung cancer, conquers the scientific community and the population of the United States based on the achievements compiled in studies carried out. 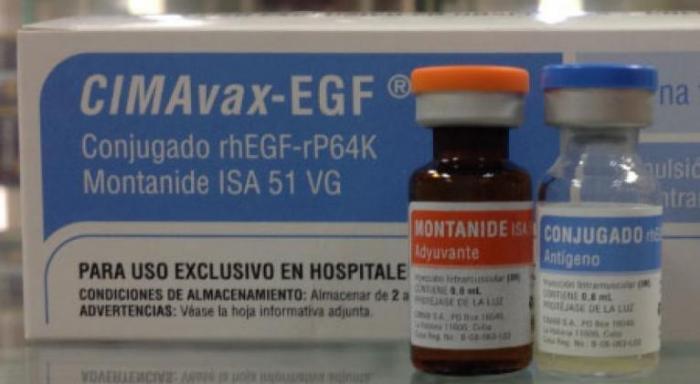 Cimavax-EGF, a Cuban therapeutic vaccine against lung cancer, conquers the scientific community and the population of the United States based on the achievements compiled in studies carried out. The vaccine was obtained after more than two decades of research and have shown satisfactory results in patients in advanced stages of lung cancer.

The Cuban Center for Molecular Immunology (CIM) and the Roswell Park Cancer Research Center in Buffalo, in the United States of America, joined forces a few years ago to facilitate access to equipment and reagents in order to promote the development of the drug, reported Russia Today.

The creation of the only joint venture between Cuba and the United States, the Innovative Immunotherapy Alliance, a biotechnological company to insert the drug in the U.S. society, facilitated Cuba’s access to equipment and reagents which are very difficult to obtain due to the limitations of the coercive measure of the economic, financial and commercial blockade imposed by the United States on the island, and the northern country can have access to a drug with excellent results and prospects.

Doctor Elia Neninger, who participated of in the clinical trials of the therapeutic vaccine from the beginning, assured the Russian TV station that the drug has two great advantages: few adverse reactions and a solution to lung cancer, which is a serious health problem in Cuba.

Deputy director of the Molecular Immunology Center Kalet León Monzón said that the patients who have received the vaccine are recovering from advanced tumor cancer and could have the prospect of survival in normal conditions in the very short term, according to Russia Today.

One of the beneficiaries of the vaccine, Miguel Creus, a patient who began to receive Cimavax 15 years ago, when the disease was in stage four and the vaccine was in clinical trials, assures that the drug has prolonged his life with a satisfactory state of health, and that at present he has no traces of tumors or symptoms of the disease.

Despite the effects of the economic blockade of the United States against Cuba, the collaboration between the two institutions continues and Cimavax overcomes the challenges. At present, there are clinical trials that combine this Cuban vaccine with other successful cancer treatments and their effects in high-risk people or patients in the initial stages of the disease are being studied.

According to some studies, lung cancer is the third most frequent cancer in the United States and the deadliest. This Cuban drug could be a promising relief, a good example of the benefits both nations would obtain if they had a normal relationship. (International News Office)