Boris Johnson arrived in Kyiv not long after the talks and told Zelensky not to negotiate with Russia, saying the West wasn’t ready to sign a deal. 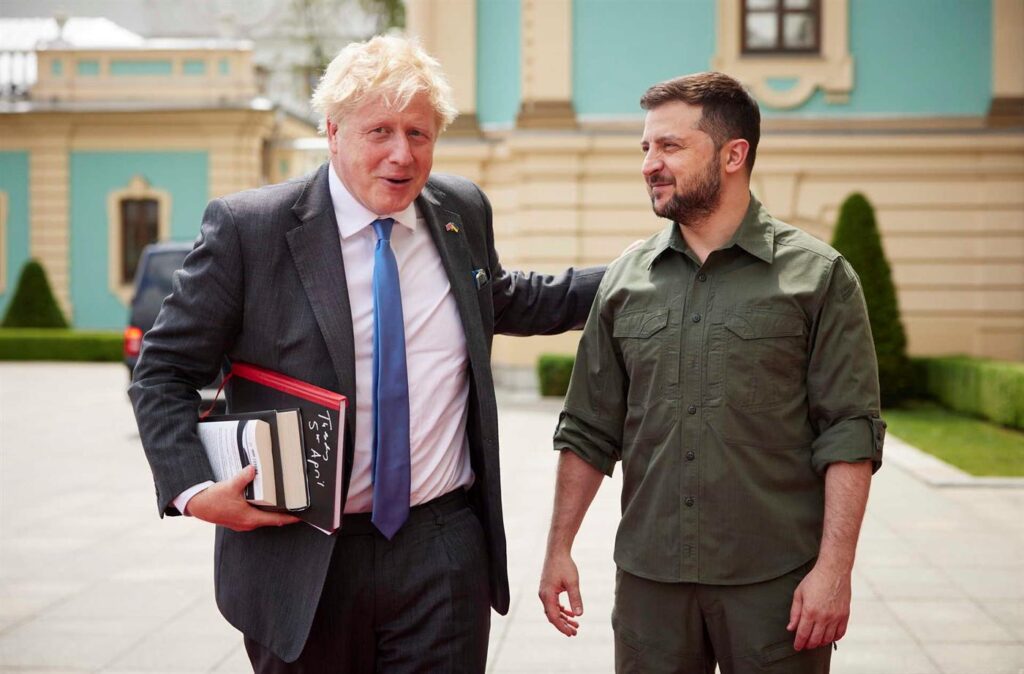 31 Aug 2022 – Russian and Ukrainian officials tentatively agreed on a potential peace deal during negotiations back in April 2022, according to a Foreign Affairs article by Fiona Hill and Angela Stent that cited former US officials.

The article reads: “According to multiple former senior US officials we spoke with, in April 2022, Russian and Ukrainian negotiators appeared to have tentatively agreed on the outlines of a negotiated interim settlement.”

The terms of that settlement would have been for Russia to withdraw to the positions it held before launching the invasion on February 24. In exchange, Ukraine would “promise not to seek NATO membership and instead receive security guarantees from a number of countries.”

The tentative deal was the result of in-person peace talks Russian and Ukrainian officials held in Istanbul at the end of March. Virtual talks resumed after the meeting in Istanbul, but the two sides ultimately failed to reach a deal.

A major factor in the failed negotiated settlement was pressure from the West. According to a report from Ukrainska Pravda, British Prime Minister Boris Johnson urged Ukrainian President Volodymyr Zelensky to stop negotiating with Russia when he visited Kyiv on April 9.

According to the report, Johnson told Zelensky that even if Ukraine is ready to sign some agreements on guarantees with Putin, Kyiv’s Western backers are not. The report said that Russia was ready for a meeting between Putin and Zelensky on the potential peace deal, but it became less likely after Johnson’s visit.

Johnson appeared to confirm the Ukrainska Pravda report when he told French President Emmanuel Macron in May that he “urged” Ukraine not to negotiate during his visit to Kyiv. The British leader, who is due to step down in September, visited Kyiv one last time as prime minister in August and again told the Ukrainians not to negotiate with Russia.

According to Ukrainska Pravda, the other factor that scuttled peace talks was the discovery of massacred civilians in Bucha and other areas near Kyiv that Russia withdrew from around the time negotiations were being held.

Russia announced after the Istanbul talks at the end of March that it was “drastically” reducing military operations around Kyiv and the northern city of Chernihiv. When Russian Deputy Defense Minister Alexander Fomin announced the plan he said Russia expected “relevant key decisions will be taken in Kyiv and the conditions for further normal work will be created.”

The announcement was followed by a withdrawal from the north that was completed in early April. The US and its Western allies viewed the Russian withdrawal from the north as a retreat and saw it as an opportunity to increase support for Ukraine and hurt Russia. Toward the end of April, Secretary of Defense Lloyd Austin visited Kyiv, and after the trip, he said that Washington’s goal in the war was to “weaken” Russia. In May, President Biden signed the $40 billion Ukraine aid bill into law.

Dave DeCamp is the news editor of Antiwar.com.