The Internet is like a bottle of wine. With it, you can lift your mood, appear more confident than you really are – perhaps do things you wouldn’t normally. A key difference: we don’t let children consume alcohol. It makes sense – alcohol can be addictive, and acts as a depressant in the long run. On top of this, alcohol consumption can have a detrimental effect on childhood development. Why then are children allowed such free reign on the internet, despite the mounting research into the negative impact of social media addiction? 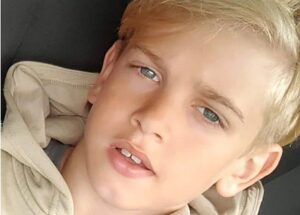 The Impact of Social Media on Mental Health

Last week, in an interesting conversation with a PHD student specialising in cyber psychology, we discussed the mental and physical detriments of social media addiction – ranging from lowered self-esteem to people losing movement in their little fingers.

According to a 2018 study overconsumption of social media has been attributed as a cause for depression, sleep disruption and memory loss.

Teenage girls in particular experience lowered self-esteem from extensive social media use. This may be linked to not getting as many “likes” as others, developing a warped perception of beauty standards and a fear of missing out (FOMO).

To soothe feelings of low self-esteem, they return to social media in search of validation.

And the cycle begins again.

Given that the judgement centre of the brain isn’t fully developed until the mid-twenties, social media has the potential to wreak serious havoc with the emotional and mental development of young people.

On top of this, the recent prevalence of short-form content on apps such as TikTok are contributing towards decreased attentions spans. This makes it harder for kids to focus in class, which will inevitably lead to lower grades.

It’s clear then, that the long-term consequences of social media overuse could put children at a disadvantage when applying to university or jobs later in life.

Unfortunately, the addictive quality of social media isn’t the only way that children are influenced.

The Influence of Social Media on Vulnerable Individuals

The young English boy, Archie Battersbee (12) passed away at the beginning of August 2022 due to attempting the “Blackout Challenge” – a viral internet challenge in which participants hold their breath or choke themselves, until they pass out.

Just one week ago, a 14-year-old from Scotland was found dead in his room after attempting the same thing.

This is only one of many similar risky challenges – and only one form of dangerous content influencing children online.

You see, social networks track everything, from what videos someone likes to the exact amount of time they hover over an image before swiping on.

Whatever draws them in is what continues to get recommended.

So, if a child watches one inappropriate video (not necessarily having searched for it, given the newer “for you” algorithm that now makes automatic recommendations) they will automatically be recommended ten more.

When children see this kind of content getting attention, they start creating content of the same type themselves.

When social media has such influence over children, and teenagers that they’re willing to risk their lives for the sake of likes, something has to change.

So, what’s the solution?

Well, there isn’t just one.

Firstly, children need to be raised with an internal sense of security. They need to be taught that they’re loved and valued for what’s on the inside, not for looks, money, or popularity.

Parents need to model self-discipline by limiting their own social media and technology consumption. Back to the wine metaphor – a child who watches their parent down a bottle or two of wine every night is more likely to end up an alcoholic.

It would, however, do children a disservice to completely shut them off from technology. They need to learn to use it for study, work and communication purposes.

It also won’t do to limit a child to the extent where social media becomes a kind of “forbidden fruit”, risking greater abuse when they’re finally allowed to use it.

Rather, they must be taught how to use it within the confines of set boundaries. This method has already proven hugely successful in the context of sex education reducing teen pregnancies.

This will be most effective when employed within a community context, to minimise children feeling left out by their peers.

A set of boundaries set by a group of parents in a school, neighbourhood or faith community will, after a while, cease to be rules.

They will simply be intrinsic to a new culture: a culture in which kids are safe to be kids, without pressure to perform or to live up to unrealistic standards, one where they can explore and learn and be creative, without continual excessive distractions, and one in which they can thrive, knowing what true social connection is.