Religiousness, Spirituality, and IQ: Are They Linked?

January 2004 – Research has revealed a positive correlation between IQ and education, as well as a negative correlation between education and religiosity. However, there is little research linking IQ with religiosity and spirituality. Furthermore, researchers disagree about the operational definitions of religiousness and spirituality and about their relationship to one another. To probe the link among religiousness, spirituality, and IQ, I had participants complete the Wechsler Adult Intelligence Scale Third Edition (WAIS-III), the Spiritual Transcendence Scale (STS), and a questionnaire that asked about their religious background and behavior, academic achievement, and SAT scores. Religious belief and behavior were negatively related to self-reported quantitative SAT (QSAT) scores.

Moreover, prayer fulfillment (one of the STS subscales) correlated negatively with father’ s education, and with self-re-ported scores on the Verbal SAT, QSAT, and Verbal IQ as measured by WAIS-III. In a regression analysis involving these predictors, only QSAT (which was related to father’ s education) was uniquely related to prayer fulfillment. The results suggest that an educated father influences his offspring’ s cognitive ability, which in turn reduces certain aspects of religiosity and spirituality. The results also suggest that the relationship between religiousness and spirituality is one of degree: both religious and spiritual individuals performed activities formally conceptualized as either “religious” or “spiritual,” but religious individuals more frequently performed such activities. 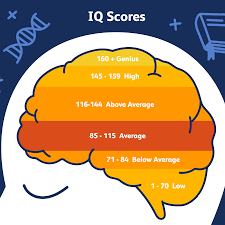 Famous intellectuals have persistently disparaged religious beliefs. Marx (1844/2001) called religion “the opium of the people,” meaning that religion is a trick perpetrated by economic elites on the struggling masses to keep them from rebelling against the social order (p. 15). Freud (1927/1962), in his provocatively titled book, The Future of an Illusion, argued that religion is a reflection of immature mental representations of father, viewed as a large, imposing, potentially violent personage without whose protection and good graces poor mortals would be intolerably vulnerable. In contemporary “terror management theory” (Pyszczynski, Greenberg, & Solomon, 1997), religion is portrayed as a security blanket that people wrap around themselves at all ages to guard against full recognition of human mortality and meaninglessness. Steven Weinberg, the world-renowned physicist, went so far as to say during his acceptance speech for the Nobel Prize,

“Religion is an insult to human dignity. Religion is complete nonsense and terribly damaging to human civilization.” (Quoted in Freethought Today, 2000)

These views have permeated intellectual discussions for over a hundred years, yet religious and spiritual beliefs remain extremely prevalent in the American population. A recent Gallup poll (1996) in the United States revealed that 96% of adults believe in God or a higher being, 90% believe in life after death, 87% say religion plays a very important role in their lives, and 90% pray (Hill, Pargament, Hood, McCullough, Swyers, Larson, & Zinnbauer, 2000), statistics that are comparable to those found in other sources (e.g., Shermer, 2000; Karren, Hafen, Smith, & Frandsen, 2002). At every point in the lifespan, religious and spiritual beliefs hold meaning to most Americans (Hill et al., 2000). Even most college undergraduates, who are widely thought to distance themselves from their childhood religious and spiritual beliefs (Feldman, 1969; McLennan, 1999), believe that one God created the universe and reigns supreme over it. There is no evidence that college students are more likely than older adults to be atheists (Greeley, 2002).

The prevalence of religious belief and behavior in America would presumably be astonishing to intellectual skeptics like Marx and Freud who viewed religion as misleading and largely damaging to humans. They would probably be even more shocked to learn that researchers have consistently linked religious beliefs and behavior to mental and physical health and personal well-being. Emmons (1999b), for example, found that religiosity is an important predictor of existential well-being, happiness, and general life satisfaction. Gartner (1991) showed that

“Religions, as authoritative faith traditions, are systems of information that provide individuals with knowledge and resources for living a life of purpose and direction” (p. 879).

Additionally, religion and spiritual beliefs contribute to the ability to cope effectively with illness, disability, and negative life events (Pargament, 1997), as does prayer (Poloma & Pendleton, 1989).

A study of the religiosity and well-being of patients in a geriatric clinic found that those who were not religiously active had much higher rates of alcohol and tobacco use, depression, anxiety, and cancer than those who were very religiously active, who subsequently enjoyed “better overall physical and mental health” (Karren et al., 2002, p. 444). Religious and spiritual beliefs also contribute to health by positively imposing norms on sexual, diet, and healthcare behaviors (Levin & Vanderpool, 1992). Religious and spiritual beliefs are also important in organizing human perceptions and cognitions. Emmons (1999b) noted that a spiritual sense is fundamental to “self-concept, identity, and relationship to God and others” (p. 875).

Anticopyright: Editorials and articles originated on TMS may be freely reprinted, disseminated, translated and used as background material, provided an acknowledgement and link to the source, TMS: Religiousness, Spirituality, and IQ: Are They Linked?, is included. Thank you.