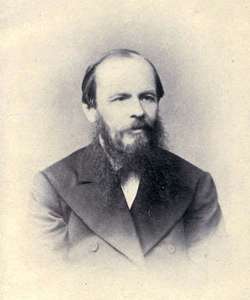 Dostoyevsky is usually regarded as one of the finest novelists who ever lived. Literary modernism, existentialism, and various schools of psychology, theology, and literary criticism have been profoundly shaped by his ideas. His works are often called prophetic because he so accurately predicted how Russia’s revolutionaries would behave if they came to power. In his time, he was also renowned for his activity as a journalist.

Major works and their characteristics

Anticopyright: Editorials and articles originated on TMS may be freely reprinted, disseminated, translated and used as background material, provided an acknowledgement and link to the source, TMS: Fyodor Dostoyevsky (11 Nov 1821 – 9 Feb 1881), is included. Thank you.