‘There can be no neutrality, because when there is a clash between two armies, those who choose not to fight are also making a choice that affects the outcome of the battle.’ 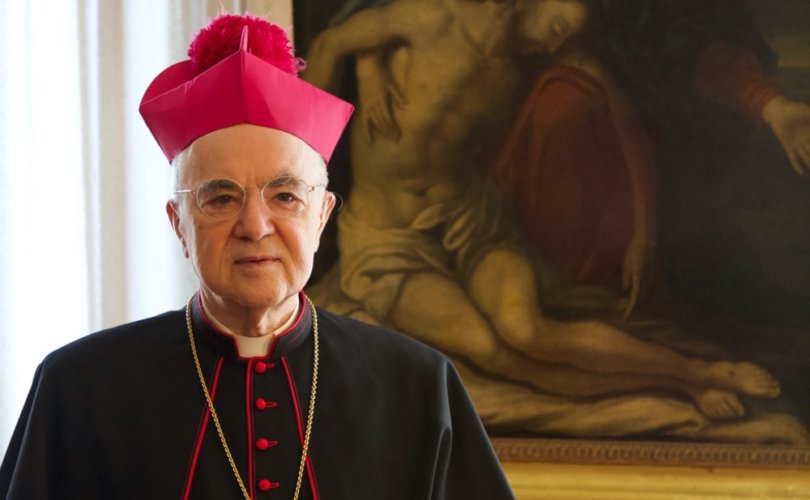 22 Nov 2022 – Allow me first of all to thank Doctor Stephen Frost for the invitation he has extended to me to speak to you. Along with Doctor Frost I also thank all of you: your commitment to fighting the psychopandemic propaganda is commendable. I am well aware of the difficulties you have had to face in order to remain consistent with your principles, and I hope that the damage you have suffered can be adequately repaired by those who have discriminated against you, depriving you of work and salary and labeling you as dangerous no-vaxxers.

I am pleased to be able to speak and share with you my thoughts about the current global crisis. A crisis that we can consider to have begun with the pandemic emergency, but that we know has been planned for decades with very specific purposes by well-known personalities. Stopping at the pandemic alone would in fact be a serious mistake, because it would not allow us to consider the events in their full coherence and inter-connectedness, thus preventing us from understanding them and above all from identifying the criminal intentions behind them. You too – each with your own expertise in the medical, scientific, legal or other fields – will agree with me that limiting yourselves to your own discipline, which in some cases is extremely specific, does not fully explain the rationale for certain choices that have been made by governments, international bodies, and pharmaceutical agencies. For example, finding “graphene-like” material in the blood of people who have been inoculated with experimental serums makes no sense for a virologist, but it does made sense for an expert in nanomaterials and nanotechnology who understands what graphene can be used for. It also makes sense for an expert in medical patents, who immediately identifies the content of the invention and relates it to other similar patents. It also makes sense for an expert in war technologies who knows about studies on the enhanced man (a document of the British Ministry of Defense calls him “augmented man” in transhumanistic terms) and is therefore able to recognize in graphene nanostructures the technology that enables the augmentation of the war performance of military personnel. And a telemedicine expert will be able to recognize in those nanostructures the indispensable device that sends biomedical parameters to the patient control server and also receives certain signals from it.

Once again: the assessment of events from a medical point of view should take into account the legal implications of certain choices, such as the imposition of masks or, even worse, mass “vaccination,” made in violation of the fundamental rights of citizens. And I am sure that in the field of health governance the manipulations of the classification codes of diseases and therapies will also emerge, which have been designed to make the harmful effects of measures taken against COVID-19 untraceable, from placing people on respirators in intensive care to watchful waiting protocols, to say nothing of the scandalous violations of regulations by the European Commission which – as you know – has no delegation from the European Parliament in the field of Health, and that is not a public institution but rather a private business consortium.

Just in the past few days, at the G-20 Bali summit, Klaus Schwab instructed heads of government – almost all coming from the Young Global Leaders for Tomorrow program of the World Economic Forum – about the future steps to be taken in view of establishing a world government. The president of a very powerful private organization with enormous economic means exercises undue power over world governments, obtaining their obedience from political leaders who have no popular mandate to subject their nations to the delusions of power of the elite: this fact is of unprecedented gravity. Klaus Schwab said: “In the fourth industrial revolution the winners will take it all, so if you are a World Economic Forum first mover, you are the winners” (here). These very serious statements have two implications: the first is that “the winners will take it all” and will be “winners” – it is not clear in what capacity and with whose permission. The second is that those who do not adapt to this “fourth industrial revolution” will find themselves ousted and will lose – they will lose everything, including their freedom. In short, Klaus Schwab is threatening the heads of government of the twenty most industrialized nations in the world to carry out the programmatic points of the Great Reset in their nations. This goes far beyond the pandemic: it is a global coup d’état, against which it is essential that people rise up and that the still healthy organs of states start an international juridical process. The threat is imminent and serious, since the World Economic Forum is capable of carrying out its subversive project and those who govern nations have all become either enslaved or blackmailed by this international mafia.

In light of these statements – and those of others no less delusional than Yuval Noah Harari, Schwab’s adviser – we understand how the pandemic farce served as a trial balloon for imposing controls, coercive measures, curtailing individual freedoms, and increasing unemployment and poverty. The next steps will have to be carried out by means of economic and energy crises, which are instrumental to the establishment of a synarchic government in the hands of the globalist elite.

And here, dear friends, allow me to speak as a bishop. Because in this series of events that we are witnessing and will continue to witness, your commitment could risk being thwarted or limited by the fact of not being able to see its essentially spiritual nature. I know that two centuries of Enlightenment thought, revolutions, atheistic materialism and anticlerical liberalism have accustomed us to thinking of Faith as a personal matter, or that there is not an objective Truth to which we all must conform. But this is the fruit of a propaedeutic indoctrination, one that happened long before what is happening today, and it would be foolish to believe that the anti-Christian ideology that drove the secret sects and Masonic groups of the eighteenth century had nothing to do with the anti-Christian ideology that today drives people like Klaus Schwab, George Soros, and Bill Gates. The driving principles are the same: rebellion against God, hatred for the Church and humanity, and destructive fury aimed against Creation and especially against man because he is created in the image and likeness of God.

If you start from this evidence, you will understand that it is not possible to pretend that what is happening before our eyes is solely the result of profit-seeking or the desire for power. Certainly, the economic part cannot be disregarded, considering how many people have collaborated with the World Economic Forum. And yet, beyond profit, there are unstated purposes that stem from a “theological” vision – one that is turned upside-down, it’s true, but still theological – a vision that sees two opposing sides: the side of Christ and the side of the Antichrist.

There can be no neutrality, because when there is a clash between two armies, those who choose not to fight are also making a choice that affects the outcome of the battle. On the other hand, how is it possible to recognize in your noble and high professions the admirable order that the Creator has placed in nature (from the constellations of stars to the particles of the atom) and then deny that man is also part of this order, with his moral sense, his laws, his culture, and his discoveries? How can man, who is God’s creature, presume to not be subject himself to eternal and perfect laws?

Our battle is not against creatures made of flesh and blood, but against the Principalities and Powers, against the rulers of this world of darkness, against the spirits of evil that dwell in the heavenly places (Eph 6:12).

On the one hand, there is the City of God – the one Saint Augustine writes about – and on the other hand there is the city of the devil. We can say that in this era the city of the devil is clearly identifiable in neo-Malthusian globalism, the New World Order, the United Nations, the World Economic Forum, the European Union, the World Bank, the International Monetary Fund, and in all those so called “philanthropical foundations” that follow an ideology of death, disease, destruction, and tyranny. And also in those forces that have infiltrated the institutions, which we call the deep state and the deep church.

On the other front, we must recognize that the City of God is more difficult to identify. Even the religious authorities appear to have betrayed their role of giving guidance to the faithful, preferring to serve power and propagate their lies. The very people who ought to be protecting and sanctifying souls are scattering and scandalizing them, calling good Christians rigid fundamentalists. As you can see, the attack is on several fronts, and thus it is a mortal threat for humanity, striking at both the body and the soul.

And yet, precisely at a time when it is difficult to find authoritative points of reference – both in the religious sphere as well as the temporal one – we see an ever-increasing number of those who are understanding, opening their eyes, and recognizing the criminal mind behind the evolution of events. It is now clear that everything is linked together, without having to dismiss those who say so as “conspiracy theorists.” The conspiracy is already there: we are not inventing it, we are simply denouncing it, hoping that people wake up from this suicidal narcosis and demand that someone put an end to the global coup. The operations of social engineering and mass manipulation have demonstrated beyond any doubt that this crime was premeditated, and how it is consistent with a “spiritual” vision of the conflict that is now unfolding: it is necessary to take sides and fight, without giving in. The Truth – which is an attribute of God – cannot be cancelled by error, and Life cannot be defeated by death: remember that the Lord, who has said of Himself, “I am the Way, the Truth, and the Life,” has already defeated Satan, and what remains of the battle serves only to give us the opportunity to make the right choice, to choose to do those actions which place us under the banner of Christ, on the side of Good.

I trust that this great work you are undertaking will soon bear its expected fruits, putting an end to a time of trial in which we see how the world will become if we do not turn to Christ, if we continue to think that we can coexist with evil, lying, and self-worship. After all, the City of God is the model of those who live in God’s love, self-control, and contempt for the world; the city of the devil is the model of those who live in self-love, conforming to the world and despising God.

I thank you and bless you all.

Carlo Maria Viganò is the Titular Catholic Archbishop of Ulpianaba born 16 Jan 1941 in Italy who served as the Apostolic Nuncio to the USA from 2011 to 2016. He is a former Secretary-General of the Governorate of Vatican City State and publicized two major Vatican scandals: the Vatican leaks scandal of 2012, and a 2018 letter accusing Pope Francis of covering up sexual abuse against former cardinal Theodore McCarrick. He earned a doctorate in utroque iure (both canon and civil law) and entered the diplomatic service of the Holy See in 1973 working at the papal diplomatic missions in Iraq and Great Britain.