3 Dec 2022 – The Brazilian soccer legend is reportedly receiving palliative care, after his body did not respond to chemotherapy treatment to fight colon cancer, according to Brazilian media. 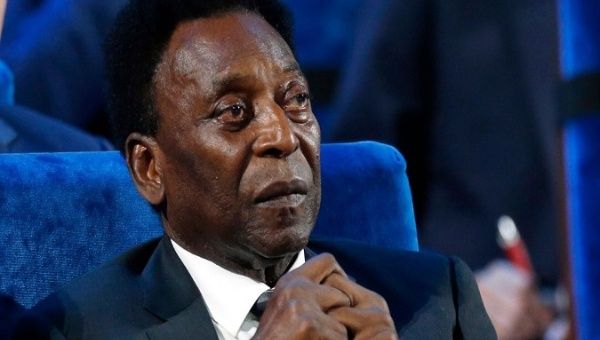 The 82-year-old footballer thanked the messages of support he had received. Dec. 03, 2022. | Photo: Twitter: @trtworld

According to the newspaper Folha de Sao Paulo, Edson Arantes do Nascimento, better known as Pelé, is in “exclusive palliative care”, which means that “chemotherapy was suspended and that he continues to receive comfort measures, to relieve pain and shortness of breath.

The information contrasts with the last medical bulletin released by the hospital on Friday, December 2, which said that Pelé was recovering from a respiratory infection but was “stable and with a general improvement in the state of health”.

Pelé was admitted on November 30 to the Albert Einstein hospital in Sao Paulo. As reported, the medical team diagnosed him with anasarca -massive fluid accumulation, generalized edema and “decompensated cardiac insufficiency”.

Brazilian football legend Pele 'has been moved to palliative care' in hospital and is 'no longer responding to chemotherapy' in his fight against bowel cancer, Daily Monitor reports. pic.twitter.com/aZ8krxDAad

The following day, the 82-year-old footballer thanked the messages of support he had received.

“Friends, I’m at the hospital having my monthly checkup. It’s always nice to receive positive messages like this. Thanks to Qatar for this tribute and to everyone who sends me good vibes!” he posted on his social networks.

During Brazil’s match against Cameroon in Qatar, Brazilian fans unfurled a banner with the message “Get well soon” and a photo of the three-time World Cup winner (1958, 1962 and 1970).

Pelé had a colon tumor, which doctors discovered during a routine examination, removed in 2021. After the operation, the Brazilian star had to stay in the hospital for about a month and then go regularly to the hospital center for chemotherapy treatment, in addition to undergoing several hip surgeries.