Brazil Has a New President, and a Renewed Chance to Save the Amazon 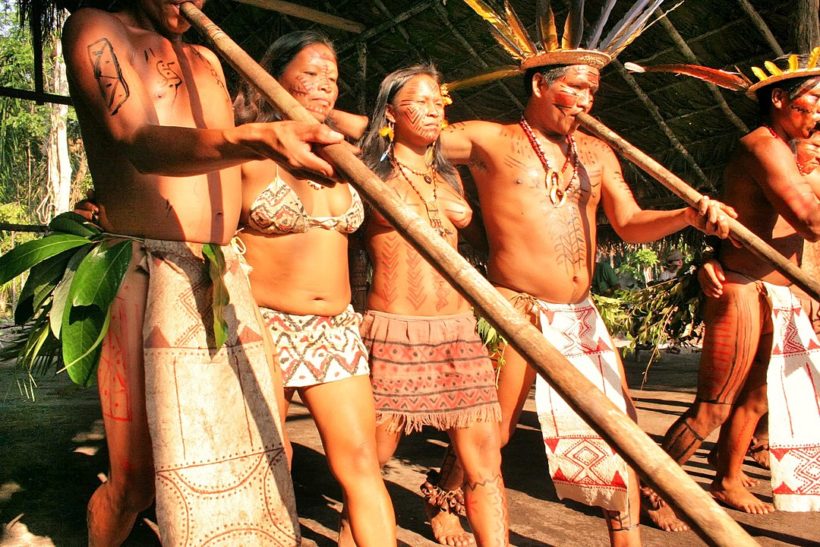 5 Jan 2023 – The Amazon rainforest is often called the lungs of the planet, covering more than 3 million square miles across nine South American countries. It is an immense carbon sink, drawing carbon dioxide out of the atmosphere, storing it as biomass and releasing oxygen. Other tropical rainforests do the same, from the Congo Basin to New Guinea and Indonesian-occupied West Papua and Malaysia. But the Amazon is on a scale of its own, and, with human activity driving catastrophic global heating, protecting the climate-healing power of the Amazon is vital.

Which is why the victory in Brazil’s recent presidential race by Luiz Inácio Lula da Silva may be one of the most momentous events in modern world history. Known as Lula, voters returned him for a third term after he left office more than a decade ago. He has pledged to protect the Amazon and the indigenous communities that have long stewarded the forest. Lula defeated the racist, far right-wing incumbent President Jair Bolsonaro, an autocrat who made unrestrained Amazon deforestation and the elimination of protected indigenous zones a central pillar of his single-term in office. Before Lula’s January 1st inauguration, Bolsonaro fled to Orlando, Florida, reportedly to the vacation home of Brazilian Jose Aldo, a champion mixed martial arts fighter.

“This is the first time that a Brazilian president, since the end of the dictatorship in Brazil, was not there to pass the presidential sash to the incoming president,” independent journalist Michael Fox said on the Democracy Now! news hour. “It was actually this diverse group of Brazilian people — a Black trash collector, a cook, a handicap activist — who passed that sash on to Lula, and it showed the Brazilian people coming together. So it was huge.”

Lula was a metalworker and union organizer during Brazil’s military dictatorship. A co-founder of the Workers Party, he was first elected president in 2002. During his two successive terms, policies he championed like the “Zero Hunger” program lifted millions of Brazilians out of poverty and food insecurity. His successor, Dilma Rousseff, a Workers Party member and former guerilla, was impeached in a legislative coup in 2016. Lula himself was imprisoned in 2018 for 580 days on trumped up corruption charges. He was released when a court ruled the judge in his case was biased against him. 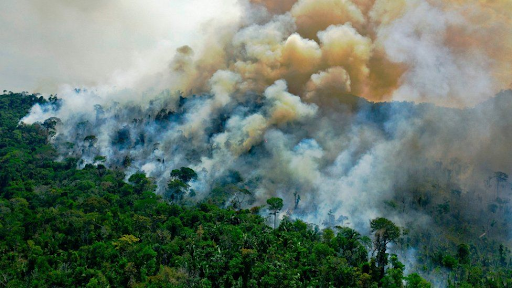 The number of fires in the Amazon increased by 80% from 2018 to 2019, threatening to displace Indigenous communities. Getty Images.

Bolsonaro has been called the “Tropical Trump,” and, like Donald Trump, refused to concede his election loss, claiming that “only God” could remove him from office. Concerns of potential violence from Bolsonaro supporters during Lula’s inauguration prompted the Brazilian Supreme Court to ban legal firearms from the capital city of Brasilia until after the event.

“The last few years, we undoubtedly lived in one of the worst periods in our history, an era of shadows, doubt and a lot of suffering,” Lula said in his inauguration speech. “But this nightmare came to an end with the sovereign vote in the most important election since the country’s return to democracy, an election that has shown the Brazilian people’s commitment to democracy and its institutions.”

Lula’s government is a radical departure from Bolsonaro’s authoritarianism. Key ministerial appointments include Goldman Prize winner Marina Silva, a defender of the Amazon rainforest, as Minister of the Environment and Climate Change; Black activist, journalist and educator Anielle Franco as Minister of Racial Equality – in 2018, Anielle’s sister Marielle Franco, a human rights activist and member of Rio de Janeiro’s city council, was assassinated; and Sônia Guajajara as Brazil’s first-ever Minister for Indigenous Peoples.

In September, 2019, Sônia Guajajara was in New York City, marching in the youth-led climate strike.

“The Amazon is burning,” she told Democracy Now! “Lots of territories are on fire. We attribute the increase in the fires to the rhetoric of the government of Jair Bolsonaro, that incites attacks, that incites invasions and incites deforestation. The practices of the Bolsonaro government are consolidating this government as the biggest enemy of indigenous people and the environment.” She continued, “We’re in a time of awakening…to the urgent need to fight for the environment. For that, it’s necessary for people to have political and ecological consciousness, to call out and pressure the governments in their countries in order to adopt sustainable policies.”

Brazil is the largest country in Latin America and the 12th-largest economy in the world. Lula’s presidency with its historically diverse cabinet opens the door to progressive change, to challenge the rising global tide of authoritarianism and fascism. Saving the Amazon rainforest is one of Lula’s principal goals, but the task is too large and too urgent for one nation or one administration alone. The Amazon is at a tipping point, and we all must tackle this existential threat, together.