4 Jan 2023 – The hope that the U.S. will intervene anywhere in the world for humanitarian reasons is misguided in the extreme. Claims of concern are always a ruse hiding ulterior motives. Imperialist actions are antithetical to human needs.

As someone who spends a lot of time studying African conflict, I often witness and find myself drawn into discussion with groups  demanding that “the international community” do something to stop genocide and mass atrocities in their country. Of course I sympathize with any community under attack because of their racial, ethnic, clan, national, class, or political identity, but why would anyone in Africa or elsewhere in the Global South expect “the international community”—meaning the US-dominated West—to stop genocide and mass atrocities? The US dropped a nuclear bomb on Japan even though the Allies had already won WWII in the Pacific, turned Korea and Vietnam into human barbecue pits during the 50s and 60s, and overthrew or attempted to overthrow 47 governments between 1949 and 2014. According to Brown University’s Costs of War project, its post 9/11 War on Terror has killed over 900,000 people, cost eight trillion dollars , and created 38 million refugees and internally displaced persons .

During a 2009 presidential presidential debate, even as the War on Terror’s toll continued to mount, NBC News Anchor Tom Brokaw created a particularly violent upchuck moment by asking Barack Obama whether the US should intervene for humanitarian purpose “even when our national security interests were not at stake.”

“If we could have intervened effectively in the Holocaust, who among us would say that we had a moral obligation not to go in?

“If we could’ve stopped Rwanda, surely, if we had the ability, that would be something that we would have to strongly consider and act.

“So when genocide is happening, when ethnic cleansing is happening somewhere around the world and we stand idly by, that diminishes us.”

(For the real US role in the Rwandan Genocide, see “Rwanda and the New Scramble for Africa, from Tragedy to Useful Imperial Fiction ,” “How Paul Kagame Deliberately Sacrificed the Tutsis ,” “In Praise of Blood: Crimes of the Rwandan Patriotic Front ,” “Enduring Lies: The Rwandan Genocide in the Propaganda System, 20 Years Later ,” “Post-Genocide Rwandan Refugees: Why They Refuse to Return ‘Home’: Myths and Realities ,” and “Dying to Live: A Rwandan Family’s Five-Year Flight Across the Congo .”)

In 2010, shortly after taking office, Obama fulfilled his Orwellian promise by creating the Atrocities Prevention Board .

Africa has plenty of untapped oil and every other resource the industrial world needs, so it presents abundant opportunities for bombing, sanctioning, debt strangling, and otherwise bludgeoning sovereign nations into submission, all in the name of stopping genocide and mass atrocities, then stealing whatever they have.

Or for undermining any nation or nations that dare raise an independent head, as Ethiopia, Eritrea, and Somalia did in 2018, when Ethiopian Prime Minister Abiy Ahmed, Eritrean President Isaias Afwerki, and then Somali President Mohammed Abdullahi Mohammed, aka Farmaajo, signed an agreement to cooperate on trade, security and cultural issues, the Tripartite Alliance more formally known as the Joint Declaration on Comprehensive Cooperation Between Ethiopia, Somalia and Eritrea .

For more than two years, the US and its allies and press have been crying “Tigray Genocide!” to justify their support of the Tigray People’s Liberation Front, in hopes of toppling the elected government of Prime Minister Abiy Ahmed, driving a wedge between Ethiopia and Eritrea, and busting up the Tripartite Alliance.

On July 10, 2021, the Globe and Mail, a Canadian security state outlet, accused Somali soldiers of committing atrocities in Tigray and complained about the Tripartite Alliance weakening Western influence at the same time :

“Accounts of atrocities by Somali soldiers in Ethiopia’s Tigray war are casting a spotlight on an emerging military alliance that has reshaped the Horn of Africa, weakening Western influence in a strategically important region.

“The Globe and Mail has obtained eyewitness reports of massacres by Somali troops embedded with Eritrean forces in Tigray in the early months of the war. The new evidence raises disturbing questions about a covert military alliance between Ethiopia, Eritrea and Somalia that has inflicted death and destruction on the rebellious Tigray region in northern Ethiopia.”

With the help of Ilhan Omar , the US managed to have Farmaajo removed from power, at least for now, replacing him with the obedient President Hassan Sheikh Mohammed, who approved the reintroduction of US troops into Somalia , US-based Coastline Exploration operations off the Somali Coast, the continuation of EU N AVFOR, a European Union naval deployment, also off the Somali Coast, and the extension of the African Union Transition Mission in Somalia (ATMIS) , a US commanded peacekeeping force, previously known as AMISOM , which hasn’t been able to establish peace in Somalia since its creation in 2007.

The US and its allies have no honest interest in stopping genocide and mass atrocities in Africa, and their fundamental, paternalistic premise—that the West has to stop African savages from slaughtering one another—is racist to the core. 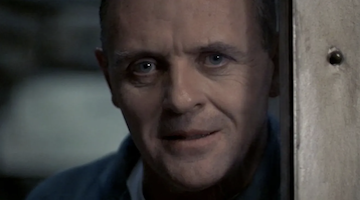