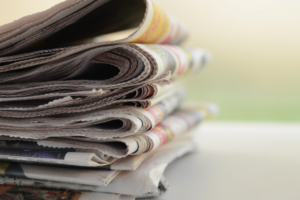 17 Jan 2023 – The Washington Post’s coverage of a January 2023 study arguing that the post-2016 coverage of Russia election meddling may have been overblown, reveals a corrosive trend in legacy news media where the personalities and outlets that perpetuate inaccurate or false news are rewarded, and the truth-tellers who expose legacy media lies are marginalized and ostracized.

The Washington Post cited a newly published academic study from the New York University Center for Social Media and Politics that concluded there was no evidence that the content suspected of being generated from Russia meaningfully impacted voters in the 2016 election. The authors wrote “we can’t find any relationship between being exposed to these tweets and people’s change in attitudes.” However, the Post was quick to point out that the study focused on Twitter and there was still the possibility that Russian content on other platforms such as Facebook (now Meta) could have tilted the election. However, there is no solid evidence to confirm such a claim and other previous studies by media scholars Emil Marmol and Lee Major, as well as Nolan Higdon of Project Censored, found Facebook’s reach was also minimal. They were not alone.

The study the Post referenced was hardly revelatory as even more researchers had drawn the same conclusion as early as 2016. Harvard University’s Yochai Benkler and his colleagues pointed out there was no empirical evidence that online content shifted electoral votes in 2016 and noted that cable news proved to be arguably far more influential. All of these studies found that the content from Russia was minimal in scope and influence when compared to the digital content disseminated by Donald Trump and Hillary Clinton’s multi-million dollar presidential campaigns, which were further boosted by billions of dollars in free coverage from legacy media. Meanwhile, seasoned journalists such as Glenn Greenwald, Matt Taibbi, and Aaron Maté noted the flimsy sources and baseless claims so-called “mainstream” media were relying on to convince audiences that Russia tilted the election. Rather than analyze these arguments, corporate media outlets just shot at the messengers.

Still, other researchers ignored these aforementioned studies and sources and relied on unsubstantiated evidence to make irrational claims that Russia was responsible for Trump’s electoral victory, often straining credulity. A study from Columbia University argued that data from betting markets “confirms” Russian trolls tilted the 2016 election. The authors argued that changes in betting markets around the holidays, when trolls presumably took a break from propagandizing to gamble, demonstrated that it was Russia who tilted the election. Equally absurd, historian Katherine Jamieson Hall argued that Russia influenced the news media cycle by releasing emails from the Hillary Clinton campaign, which distracted from an Access Hollywood tape exposing Trump’s sexism and misogyny. Hall’s analysis seems to imply that Russian trolls dictate news media focus, not the seasoned editors and staff at these much-vaunted institutions.

When confronted with conflicting research, however, the legacy news media overwhelmingly chose to perpetuate the story that Trump’s Electoral College victory was due to Russian interference. For example, over a six week period in 2017, MSNBC’s Rachel Maddow covered Russia more than all other stories combined, turning it into a cottage industry as we noted in our book, United States of Distraction. The pervasive coverage by Maddow and others in legacy media laid the groundwork to justify numerous other false and baseless stories that claimed Russia had put a bounty on U.S. soldiers, infiltrated Bernie Sanders’ 2020 campaign, hacked a Vermont power plant, fabricated evidence on Hunter Biden’s laptop, and utilized a video recording of Trump being urinated on a by a sex worker as blackmail. All this from the same media outlets warning the public about the spread of “fake news.”

Legacy media’s Russia nonsense not only misinformed audiences, it distracted from substantive investigations into the failures of Clinton’s campaign, the successes of Trump’s, and the ways in which the Democratic Party and FBI were actually some of the most powerful forces meddling in the 2016 election. Yes, Russia meddled, too, but to nowhere near the extent or effect according to the evidence.

While journalists who pointed out the vapid reporting on Russia were erased from legacy media when not being attacked (Glenn Greenwald, Matt Taibbi, Abby Martin, and Aaron Maté), Russia fear-mongering luminaries such as Maddow secured a $30 million annual deal with MSNBC. Having truth-tellers removed to make more room for propagandists is not new; it is the norm for legacy media. For example, in the 1990s, when Gary Webb of the San Jose Mercury News exposed the CIA’s involvement in drug trafficking, a story legacy media was reticent to report, they attacked Webb (who was “let go” by the newspaper) leading to the destruction of his career and end of his life. Similarly, those who perpetuated the lies connecting Iraq to 9/11 and weapons of mass destruction in 2002 and 2003 were rewarded with continued lucrative legacy media careers (Judith Miller, Thomas Friedman, and almost any news anchor on national network or cable news for that matter), while those who challenged them were ostracized as conspiracy theorists (Phil Donahue, Jessie Ventura, Michael Moore), even though the latter were correct. Further, the entire decade-long attack on Julian Assange of WikiLeaks, including CIA plans to assassinate him, is further evidence that those who dare to expose the corruption and lies of the U.S. Empire, including the failures of the Fourth Estate itself, will pay a heavy price.

Another consequence of all this is that it further makes audiences so ignorant about the existence of journalists outside legacy media that they either do not know about their reporting or disregard them altogether. For example, the revelations from the late 2022 and 2023 Twitter Files was largely dismissed by legacy news media and its audiences because it came from independent reporters outside the establishment press, like Matt Taibbi, who offered well-sourced evidence that disproved legacy media’s claims about topics around government collusion and censorship, Russiagate, and the COVID-19 pandemic response.

The result is that audiences are uninformed or ill-informed. That was made abundantly clear last year, when George Santos won a seat in the House of Representatives while lying about nearly everything–where he attended high school and college, his finances, being Jewish (saying he was Jew-ish), having employees shot at the Pulse night club, founding charities, and his relatives’ dying in the 9/11 attacks and the Holocaust. Although Santos ran in New York, a state known as the media capital of the world, the legacy media did not expose these lies until after the election and Santos was already taking office. This journalistic malpractice is especially concerning given that it was a small local newspaper, The North Shore Leader, that exposed Santos’s lies before the election, when it really mattered, but no one bothered to notice. Apparently, the legacy media, whose outlets refer to themselves as “the place of politics” and “the best political team on television,” never considered that politicians might lie to get into office. This is curious given that they were acutely aware of Trump’s thousands of falsehoods, but it’s easier to blame Santos, not themselves, for audiences’ ignorance about the waning veracity of newly elected congressman’s claims. This was a major failure of the establishment press, and another example of why we desperately need local, independent journalism dedicated to telling the truth.

What is clear is that even through the legacy news media may eventually get a story right, it takes too long and the damage they inflict by perpetuating falsehoods results in an uninformed and misinformed public. Rather than wait for the legacy media to utilize its massive resources, power, and access to get a story right, audiences would be wiser to turn to the journalists (Brihana Joy Grey, Lee Fang, Ken Klippenstein, Glenn Greenwald, Matt Taibbi, Abby Martin, Alan MacLeod, and Aaron Maté), and media organizations (like those highlighted by Project Censored) with a track record of getting things right. You can usually tell who they are because they do not appear in legacy media unless they are being attacked. 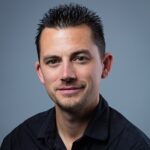 Nolan Higdon is an author and university lecturer at Merrill College and the Education Department at University of California, Santa Cruz. Higdon’s areas of concentration include podcasting, digital culture, news media history, and critical media literacy. Higdon is a founding member of the Critical Media Literacy Conference of the Americas. He is the author of The Anatomy of Fake News: A Critical News Literacy Education (University of California Press, 2020). He has been a source of expertise for The New York Times, San Francisco Chronicle, and numerous television news outlets.  Email: nolanrhigdon@gmail.com 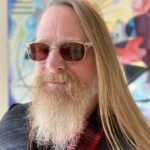 Mickey Huff is the third director of Project Censored, founded in 1976, and the president of the nonprofit Media Freedom Foundation. Huff is professor of social science, history, and journalism at Diablo Valley College where he co-chairs the History Area and is chair of the Journalism Department. He has been a lecturer in communications at California State University, East Bay and has taught sociology of media at Sonoma State University. His most recent books include Project Censored’s State of the Free Press 2021, co-edited with Andy Lee Roth (2020). In 2019, he was recognized by the Society of Professional Journalists for their annual James Madison Freedom of Information, Beverly Kees Educator Award. Email: mickey@projectcensored.org