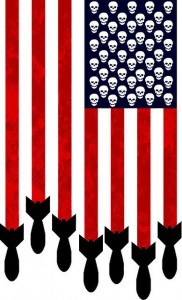 19 Jan 2023 – The US today announced a new massive $2.5 billion arms package for Ukraine that includes Stryker armored combat vehicles for the first time.

The tranche of weapons includes 90 Strykers and 55 Bradley Fighting Vehicles, which the US first pledged to send to Ukraine as part of an over $3 billion arms package that was announced earlier this month.

The Strykers are made by General Dynamics and are designed to transport troops with extra protection, similar to the Bradleys. The Stryker is lighter and faster than the Bradleys and is on wheels as opposed to tracks.

Both vehicles can be used to go on the offense, and that’s what US officials have in mind for the new transfer. Germany and France have also pledged to send similar armored vehicles.

The UK said it would send 14 of its main battle tanks, the Challenger 2, but it’s not clear if Kyiv will get more Western-made heavy tanks. Berlin is hesitant to sign off on deliveries of its Leopard 2, and US officials signaled this week that they wouldn’t be sending the M1 Abrams.

While Ukraine is receiving a significant amount of new armor, Valery Zaluchny, the commander of the Ukrainian armed forces, said in December that he needs at least 300 heavy tanks and 600-700 fighting vehicles if he is to stand a chance to drive Russia out of the territory it’s captured.

According to the Pentagon, the full $2.5 billion arms package includes the following:

US military aid for Ukraine is being pulled from funds that have already been authorized by Congress and signed into law by President Biden, which at this point amounts to about $113 billion.

Several other NATO members pledged more military aid for Ukraine on Thursday as their defense ministers met in Brussels. The UK announced it would send 600 Brimstone missiles, and Poland said it would provide S-60 anti-aircraft guns with 70,000 rounds of ammunition.