Time for Action is Now: What Will Happen after the ICJ Delegitimizes Israel’s Occupation of Palestine 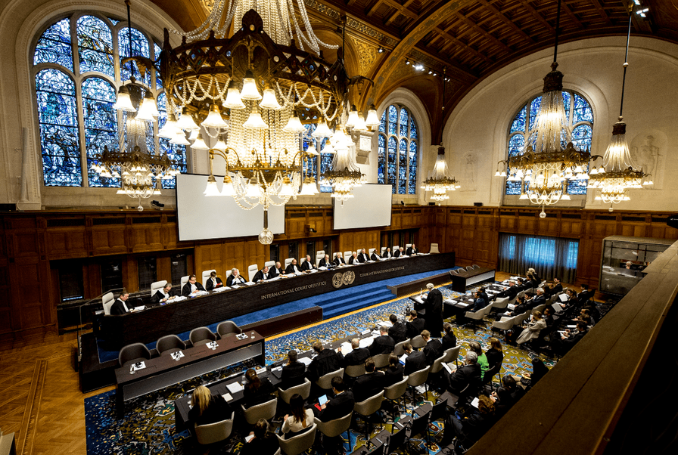 11 Jan 2023 – Once more, the International Court of Justice (ICJ) will offer a legal opinion on the consequences of the Israeli Occupation of Palestine.

A historic United Nations vote on December 31 called on the ICJ to look at the Israeli Occupation in terms of legal consequences, the rights of the Palestinian people to self-determination and the responsibility of all UN Member States in bringing the protracted Israeli Occupation to an end. A special emphasis will be placed on the “demographic composition, character and status” of Occupied Jerusalem.

The last time the ICJ was asked to offer a legal opinion on the matter was in 2004. However, back then, the opinion was largely centered around the “legal consequences arising from the construction of the (Israeli Apartheid) wall.”

While it is true that the ICJ concluded that the totality of the Israeli actions in the Occupied Palestinian Territories are unlawful under international law – the Fourth Geneva Convention, the relevant provision of the earlier Hague Regulations and, of course, the numerous UN General Assembly and Security Council Resolutions  – this time around the ICJ is offering its view on Israel’s attempt at making what is meant to be a temporary military Occupation, a permanent one.

In other words, the ICJ could – and most likely will – delegitimize every single Israeli action taken in Occupied Palestine since 1967. This time around, the consequences will not be symbolic, as is often the case in UN-related decisions on Palestine.

Israeli Prime Minister Benjamin Netanyahu, who has done more than any other Israeli leader to ‘normalize’ the Israeli Occupation of Palestine, was understandably angry following the UN vote, describing it as ‘despicable’.

His other coalition partners were equally intransigent.

The Israeli “Occupation of (the) West Bank is permanent and Israel has the right to annex it,” said Knesset Member Zvika Fogel, during an interview on January 1 with Israeli Radio 103FM.

More than anything else, Fogel’s words encapsulate the new reality in Israel and Palestine. Gone are the days of political ambiguity regarding Israel’s ultimate motives in the Occupied Territories.

Indeed, Israel is now trying to manage a whole new phase of its colonial project in Palestine, an endeavor that began in earnest in 1947-48 and, in Israel’s own calculation, is about to end with the total colonization of Palestine – Israel’s version of a ‘one-state solution’ that is predicated on apartheid and racial discrimination.

Fogel, whose party, Otzma Yehudit, is an important member of Netanyahu’s new rightwing coalition, does not reflect his personal views or those of his ideological camp alone.

The new government, packed with extremists, the likes of Bezalel Smotrich, Itamar Ben-Gvir and Yoav Galant, among others, is now committed to an anti-peace agenda as a matter of policy. As soon as the new government was sworn in on December 28, it announced that “the government will advance and develop settlements in all parts of Israel”.

Ben-Gvir, whose raid of Al-Aqsa Mosque in Occupied East Jerusalem raised much criticism worldwide, is sending clear messages to Palestinians and the international community at large: as far as Israel is concerned, no international law is relevant, nothing is sacred and no inch of Palestine is off limits.

This time, however, it is not business as usual.

Yes, Israel’s territorial expansion at the expense of Occupied Palestine has been the common denominator among all Israeli governments in the last 75 years; but various Israeli governments, including that of Netanyahu’s early cabinets, found indirect ways to justify illegal settlement constructions. So-called ‘natural expansion’ and ‘security’ needs were some of the many pretexts furnished by Israel to justify its constant push for land acquisition by force.

Practically, none of this would have been possible if it were not for the inexhaustible United States support of Israel – financially, militarily and politically. Moreover, US vetoes at the UNSC and the relentless pressure on UNGA members allowed Israel to circumvent international law unscathed. The outcome is today’s tragic reality.

According to the official UN news website, there are currently nearly 700,000 illegal Jewish settlers. The Israeli NGO ‘Peace Now’ says that these Jewish settlers live in 145 illegal colonies in the Occupied West Bank, in addition to 140 settlement outposts, many of which are likely to be made official by the new government.

In fact, the Netanyahu-led alliance has been formulated with the understanding that the outposts would be legalized in the future, thus receiving official government funding. This should not pose a major political problem for Netanyahu, who, in 2020, had succeeded in selling the idea to the Israeli Knesset of annexing much of the West Bank and is now determined to carry out a process of ‘soft annexation’ – a de-facto annexation that is likely to become legalized as a de jure annexation later on.

Nor would the full colonization of Palestine prove to be a legal problem. Israel’s Nation-State Law of 2018 has already provided the legal cover for Tel Aviv to flaunt international law and to do as it pleases in terms of colonizing all of Palestine and marginalizing all of the Palestinian rights. According to Israel’s new Basic Law, “the State of Israel is the nation-state of the Jewish People in which it realizes its natural, cultural, religious and historical right to self-determination”. It was this particular reference that was cited in the new government’s statement on December 29.

And there are not many in Israel who are protesting this. In a recent article in the Palestine Chronicle, Israeli historian Ilan Pappe explains how the current socio-political formations of Israeli society make it nearly impossible for alternative mainstream politics to emerge, aside from the three dominant rightwing and extremist currents at work in the Netanyahu coalition: Ultra-Orthodox Jews, National Religious Jews and Likud’s secular Jews.

This means that change in Israel could never come from Israel itself. While Palestinians continue to resist, Arab and Muslim governments, and the international community at large must confront Israel, using all means available to end this travesty.

The ICJ’s opinion is very important, but without meaningful action, a legal opinion alone will not reverse the sinister reality on the ground in Palestine, especially when this reality is bankrolled, supported and sustained by Washington and Israel’s other western allies.