U.S. Mercenaries in Ukraine Are Fighting Each Other in Court

Amid accusations of fraud and sexual misconduct, the U.S. military vets founders of the high-profile Mozart Group are waging a personal war back home. 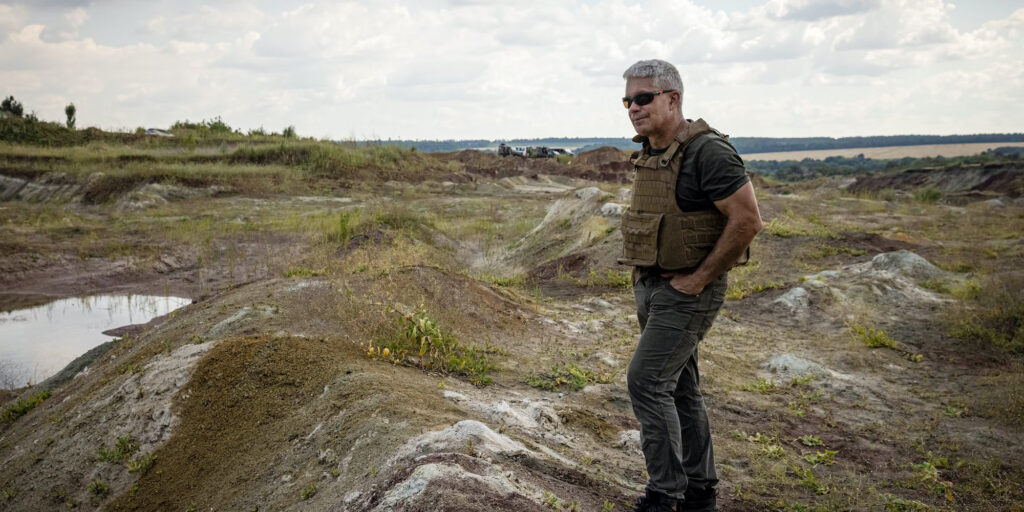 20 Jan 2023 – A month after Russia invaded Ukraine last February, a private American organization with an unusual name — the Mozart Group — was created to train Ukrainian soldiers who were scrambling to the front lines with little preparation. Initially composed of a handful of retired Marines, the Mozart Group attracted extensive media coverage as a noble effort by American volunteers to transfer their combat skills to the embattled Ukrainians.

Mozart’s name was an attention-getting retort to the Wagner Group, the notorious Russian paramilitary company accused of war crimes in Ukraine and elsewhere. In contrast, Mozart was described by the American veterans who formed it as a donor-funded initiative to provide humanitarian assistance as well as military training; its members do not engage in combat and say they do not even carry weapons. By August, Mozart deployed three teams of former soldiers — two teams for military training, one for extracting civilians from the front lines — with each one costing up to $100,000 a month in expenses, according to a fundraising email from the group’s public leader, former Marine officer Andy Milburn.

But war is a messy business, and last week a landmine exploded under the Mozart Group.

Andy Bain, a businessman in Kyiv since the 2000s and a former Marine, filed a lawsuit in Wyoming, where Mozart is registered as a limited liability company, accusing Milburn of financial fraud, sexual misconduct, burglary, attempted bribery, avoidance of U.S. weapons-transfer regulations, and even threatening a retired American general. The lawsuit asks the court to remove Milburn from the company and order him to pay damages of more than $50,000. According to the suit from Bain — who says he is the majority shareholder of Mozart — Milburn presided over the group “in a manner which has caused senior Ukrainian military officers to remark ‘can’t he go home and stop saving our country.’”

Milburn, reached for comment by The Intercept, described the suit’s allegations as “completely ridiculous.” He added that he had “placed this matter in the hands of legal experts.”

The last few decades of global warfare have seen a profusion of private military companies operating with little scrutiny and engaging in widespread abuses. The most notorious after 9/11 was Blackwater, led by former Navy SEAL Erik Prince, whose highly paid mercenaries — mostly retired U.S. service members — ran amok in Iraq and were implicated in war crimes there, though Prince was not personally charged. Wagner’s troops have been accused of atrocities in pretty much every war zone where they fight.

Mozart casts itself in a different mold, as it claims its members are unarmed and help civilians in addition to soldiers; Milburn reacted with public anger when an American magazine described him as a “foreign fighter.” Nonetheless, Mozart has found a unique way of marching into controversy.

A day after Bain’s lawsuit was filed, Milburn responded with a barrage of counter-accusations in posts on Facebook, LinkedIn, and Twitter. He described Bain as Mozart’s disgruntled former chief financial officer and said that Bain had been accused of financial and sexual misconduct. He also said Bain was “heavily invested in Russia,” which in wartime Ukraine is not a trivial accusation. And in a particularly surprising twist, Milburn even alleged that Bain had tried to sell Mozart to the Taliban. Milburn subsequently deleted those posts, though he told The Intercept he still stands by them.

“I apologize for allowing this individual to be affiliated with the Mozart Group,” Milburn wrote on Twitter. “We are reevaluating our vetting process and will not allow this to happen again.”

Bain, asked to respond to Milburn’s accusations, told The Intercept, “I am not going to comment on pending litigation, but recent posts and comments ensure defamation will be a much larger part of the proceedings than originally envisioned.”

The full story of what’s happening inside Mozart is not yet known. While it’s not unusual for a startup’s founding partners to have a falling out, it doesn’t tend to happen in an active war zone. And an intriguing subplot may involve an alleged effort to monetize Mozart’s high-profile work in Ukraine by turning it into a private military company with global aspirations.

While Milburn consistently presents Mozart as surviving off donations and being singularly devoted to saving Ukraine, the lawsuit accuses him of seeking military contracts in Armenia. That accusation does not seem unfounded: a recent article in Intelligence Online reported that Mozart “is now planning to become a conventional for-profit private military contractor (PMC) and expand into other war-torn areas.” The article said Mozart’s chief operating officer, former Marine officer Martin Wetterauer, confirmed it was “looking for new clients in other locations in the world.”

Whatever its outcome, the lawsuit calls into question the stability and credibility of what the New York Times described a few months ago as “one of the biggest private military companies in Ukraine.” It seems certain to lend strength to Russia’s vivid criticisms of not just Mozart but also the overall U.S. effort to aid Ukraine, as Mozart has been one of America’s most visible citizen-led initiatives. 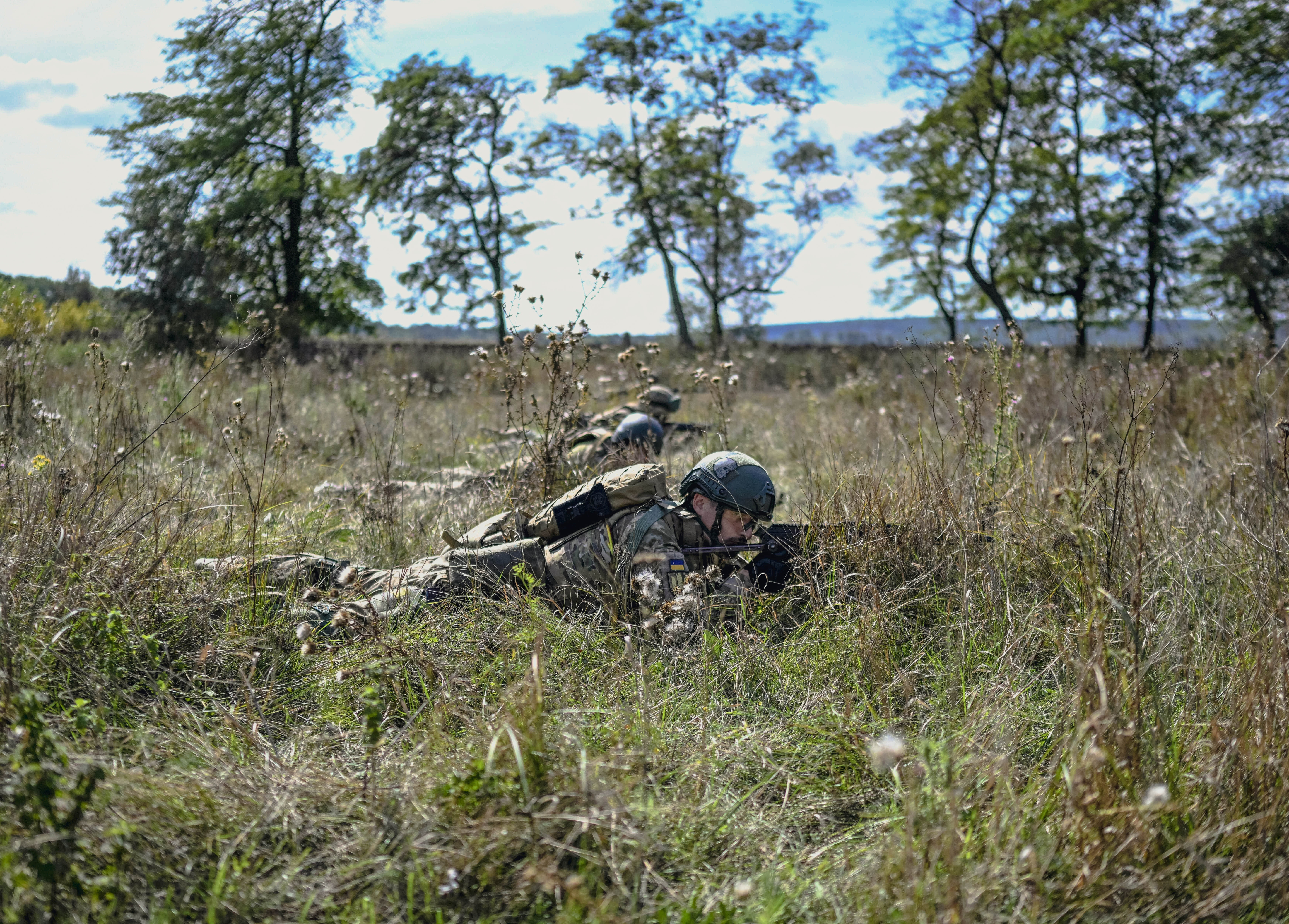 Ukrainians train during courses with the Mozart Group, in the Donetsk region on Sept. 22, 2022.
Photo: Juan Barreto/AFP via Getty Images

From Iraq to Ukraine

From its birth, Mozart has been intricately connected to Milburn, who describes himself as the group’s founder.

A British-born American, Milburn retired from the Marine Corps as a colonel in 2019 after more than three decades of service that included deployments in Iraq, Somalia, and Afghanistan, most recently as deputy commander of U.S. Special Operations Command Central, which plans special operations in the Middle East and Central Asia. He has written a memoir about his career, “When the Tempest Gathers,” and has contributed military-themed articles to publications including The Atlantic, USA Today, The Hill, and Task & Purpose.

He traveled to Kyiv as a freelance journalist within weeks of the Russian invasion in February, filing five stories for Task & Purpose, a military website. His last story, published on April 2, was about a former Marine accused of rape in Ukraine, but that story was subsequently withdrawn and now carries an editor’s note that says it is “undergoing editorial review for standards and practices and will be unavailable until the review is complete.” Editors at Task & Purpose did not respond to messages from The Intercept about the editorial review; Milburn told The Intercept he stands by the story.

A day after that article was published, Milburn made what appears to be his first public mention of Mozart Group in an April 3 tweet that said it “comprises former US SOF [special operations forces] personnel who deliver critically required capabilities to front line units in Ukraine. The Group’s activities primarily consist of advising, training and equipping Ukraine SOF and Resistance units.” A day after that, his first fundraising effort on PayPal raised the maximum allowed, $20,000, “within hours,” he tweeted; half of the total, $10,000, came from a military contractor, Obsidian Solutions Group. Two weeks later, Milburn explained in an article for Newsweek that his work for Task & Purpose seemed “frivolous” with a war raging around him, so he decided to organize military training after people “who I knew from previous visits, who are now in the Ukrainian military, asked me for help.”

With U.S. military personnel largely staying out of the country and U.S. diplomats departing in the early days of Russia’s invasion, Milburn attracted a considerable amount of media attention: He was one of the few Americans on the ground with combat experience who was working with the Ukrainian military and willing to talk with journalists. He has been interviewed frequently on cable and broadcast TV, especially CNN and ABC, while major newspapers in the U.S., U.K., and France have published articles about him. A New York Times profile bore the headline, “An American in Ukraine Finds the War He’s Been Searching For.”

None of these stories hinted at the accusations Bain has now lodged against Milburn.

Bain announced his 12-page lawsuit in a LinkedIn post last week that challenged Milburn’s self-portrayal as Mozart’s founder. “At the outset of the war,” Bain wrote, “having lived in Kyiv near on 30 years and recognizing Ukraine’s dire need for basic military training, I contacted a retired U.S. Marine general friend asking if he knew anyone who could come develop training. He put me in contact with Andy Milburn, who came to Ukraine a few weeks later.” According to Bain’s post, “I registered, named and arranged financing to launch the Mozart Group with a goal of providing training and support as needed for the war.”

Bain’s LinkedIn post states that he owns 51 percent of the shares in Mozart Group, while Milburn owns 49 percent. In response to a request from The Intercept for documentation, Bain provided three pages from a 35-page “Operating Agreement” for Mozart. One of the pages shows a chart that attributes 51 percent of the company’s “units” to Bain and 49 percent to Milburn.

While Bain has not previously publicized his ownership of Mozart — it is not disclosed on the group’s website and has not been mentioned by Milburn — there is a public record of the two men collaborating. On April 10, they started a YouTube channel called “Two Marines in Kyiv,” which now hosts seven videos, most of which feature discussions between them. The channel’s “About” page describes Milburn as CEO of the Mozart Group and Bain as president of Ukrainian Freedom Fund, which according to its website is a nongovernmental organization that has raised more than $3 million since February for military and humanitarian aid.

Bain’s most serious allegations revolve around Milburn’s handling of donated money — what the suit describes as efforts to “facilitate the diversion of funds away from Mozart Group LLC.” The lawsuit alleges that Milburn was “insisting on personal compensation payments exceeding $35,000 per month from company accounts … and not accounting to the company for donated funds received which were received in personal or other accounts controlled by him.” At least some of Milburn’s personal fundraising was not hidden from donors: His social media solicitations for donations have included clear links to his Venmo and PayPal accounts, which he said was necessary because Mozart’s donation platform was not working at the time, possibly due to Russian interference. But until Bain’s suit, he had not been accused of misusing funds deposited into those or other accounts he controlled.

That wasn’t all, however. According to the suit, Milburn hired as his personal assistant a woman he met on a social media dating site and had a relationship with, paying her an annual salary of $90,000, which according to the suit was “at least four times more” than the going rate. The suit further alleges that Milburn made “unwanted sexual advances and propositions to a female office manager.”

The lawsuit even accuses Milburn of “orchestrating and participating” in the burglary of a warehouse leased by Bain’s Ukrainian Freedom Fund. In addition, it claims Milburn was intoxicated and broke Kyiv’s curfew, leading to his temporary detention by Ukrainian authorities on more than one occasion. And according to the suit, Milburn sent “hostile and caustic messages” to a retired commanding general of U.S. Special Operations Command Europe after the general declined to join Mozart (the retired general was not named). Milburn’s conduct, the suit added, exasperated senior Ukrainians.

“Defendant Milburn is now commonly referred to by Ukrainian military leadership as the ‘Crazy American,’” it alleges.