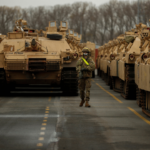 24 Jan 2022 – Yesterday the New York Times reported that the Biden administration is discussing plans to deploy tens of thousands of troops to the borders of Russia and Ukraine. Despite the administration’s threadbare attempt to present this as a defense of Ukrainian sovereignty against Russia, it is apparent that Washington is preparing a military escalation aiming to provoke Russia, a major nuclear power, into a war.

On Thursday [24 Jun], EU heads of state met for a two-day summit in Brussels that endorsed EU policy on the pandemic, while clashing bitterly on foreign policy, especially Russian. The EU issued an initial summit communiqué whitewashing its pandemic policies in Orwellian terms. 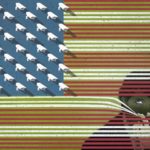 2 Jun 2021 – While Snowden’s actions have met with support and gratitude from workers and young people in the US and across the planet, that is not the case with the governments that rule them. All of them bow to the bullying from Washington. Like the US government, they defend wealthy ruling classes under conditions of ever-widening social inequality, and like Washington, they fear that their conspiracies against their own people will be exposed to the light of day.

31 Aug 2016 – As France demanded an end to talks on the Transatlantic Trade and Investment Partnership deal, the EU said it would levy a €13 billion fine on Apple, a move the US Treasury said could damage US-EU ties. Two days after German Vice Chancellor Sigmar Gabriel criticized TTIP, bitterly attacking US negotiating tactics.

The full list of targets identified in NATO Secretary-General Jens Stoltenberg’s opening remarks spans much of the globe. NATO would step up military action in Iraq and Syria and expand its deployments in the Mediterranean and across NATO’s entire “neighborhood.” NATO plans for military action in countries ranging from Libya to Georgia and Ukraine, Afghanistan and the regions bordering China are to be the subject of extensive discussion in Warsaw.

“We came, we saw, he died,” then-US Secretary of State Hillary Clinton bragged, laughing on CBS News after Gaddafi was captured, tortured, and murdered by US proxy forces. The catastrophe in Libya is an indictment not only of the imperialist powers, but also of pro-imperialist academics and pseudo-left parties they mobilized to support the war.

Not a single critical voice can be found within the so-called mainstream media. The newspapers and television news programs are filled with lies, anti-Russian propaganda, and—preparing for the possibility that the crisis escalates out of control—apologetics for war.

The New York Times responded yesterday [23 Apr 2014] to the exposure of its fabricated report alleging that Russian Special Forces are stirring up protests in east Ukraine against the pro-Western regime in Kiev. An article Tuesday [22 Apr 2014], titled “Scrutiny over Photos Said to Tie Russia Units to Ukraine,” is a clumsy attempt at damage control.

Top US and European diplomats assembled Sunday [12 Jan 2014] in Paris for a two-day meeting of the so-called Friends of Syria group amid reports that US officials are preparing renewed shipments of supplies to Syrian Islamist opposition forces.

The article, titled “Death of Pragmatic Leader Further Muddles Syrian Rebellion,” exemplifies the Orwellian character of the US media. Examining the Times piece critically, what emerges is a devastating picture of how the US media embedded itself in a layer of Al Qaeda allies, falsely promoting a bloody US-backed proxy war in Syria fought by far-right Islamist forces as a “democratic” uprising.

The revelation that US intelligence agencies made a deliberate decision to allow Abdulmutallab to board the commercial flight, without any special airport screening, has been buried in the media. As of this writing, nearly a week after the hearing, the New York Times, Wall Street Journal, Washington Post and Los Angeles Times have published no […]