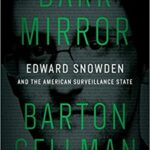 24 May 2020 – In the summer of 2013, I spent my days sifting through the most extensive archive of top-secret files that had ever reached the hands of an American journalist. Edward Snowden had transmitted tens of thousands of classified documents to me, Glenn Greenwald and Laura Poitras. He revealed the agency’s phone-record tracking program. But thanks to “precomputed contact chaining,” that database was much more powerful than anyone knew. 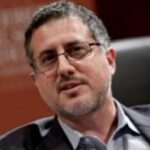 Since I Met Edward Snowden, I’ve Never Stopped Watching My Back
Barton Gellman | The Atlantic - TRANSCEND Media Service, 25 May 2020

Jun 2020 issue – “What time exactly does your clock say?” asked the voice on the telephone, the first words Edward Snowden ever spoke to me aloud. I glanced at my wrist—3:22 p.m. “Good. Meet me exactly at four. I’ll be wearing a backpack.” The rendezvous point Snowden selected on 5 Dec 2013 was a casino hotel called the Korston Club in Moscow. After receiving a trove of documents from the whistleblower, I found myself under surveillance and investigation by the U.S. government.

His contact turned out to be a former developer of computer security tools who had long since turned to the darkest side of their profession, built and sold systems to break into computers, seize control clandestinely, and then copy files, listen to Skype calls, record every keystroke and switch on Web cameras and microphones at will; a shadowy world of lucrative spyware tools for sale to foreign security services with records of human rights abuse.

Files provided by Snowden show extent to which ordinary Web users are caught in the net.

Virtually no foreign government is off-limits for the National Security Agency, which has been authorized to intercept information “concerning” all but four [anglo] countries, according to top-secret documents: Britain, Canada, Australia and New Zealand.

The NSA has built a surveillance system capable of recording “100 percent” of a foreign country’s telephone calls according to people with direct knowledge of the effort and documents supplied by former contractor Edward Snowden.

NSA Seeks to Build Quantum Computer That Could Crack Most Types of Encryption
Steven Rich and Barton Gellman – The Washington Post, 6 Jan 2014

The US National Security Agency is racing to build a computer that could break nearly every kind of encryption used to protect banking, medical, business and government records around the world, according to documents provided by former NSA contractor Edward Snowden.

24 Dec 2013 – “For me, in terms of personal satisfaction, the mission’s already accomplished,” he said. “I already won. As soon as the journalists were able to work, everything that I had been trying to do was validated. Because, remember, I didn’t want to change society. I wanted to give society a chance to determine if it should change itself.”

Everyone who carries a cellphone generates a trail of electronic breadcrumbs that reveal a wealth of information about who we are, where we live, who our friends are and much more. The NSA is collecting location information in bulk — 5 billion records per day worldwide — and using sophisticated algorithms to assist with U.S. intelligence-gathering operations.

The agency’s internal presentation slides, provided by former NSA contractor Edward Snowden, show that when companies follow consumers on the Internet to better serve them advertising, the technique opens the door for similar tracking by the government. The slides also suggest that the agency is using these tracking techniques to help identify targets for offensive hacking operations.

Dec. 4, 2013 – The National Security Agency is gathering nearly 5 billion records a day on the whereabouts of cellphones around the world, according to top-secret documents and interviews with U.S. intelligence officials, enabling the agency to track the movements of individuals — and map their relationships — in ways that would have been previously unimaginable.

30 Oct 2013 – The National Security Agency has secretly broken into the main communications links that connect Yahoo and Google data centers around the world, according to documents obtained from former NSA contractor Edward Snowden and interviews with knowledgeable officials.

This graphic shows how the NSA and GCHQ break into those internal networks, using Google’s as an example. Less is known about Yahoo’s networks, but the NSA operations are thought to be similar.

U.S. spy agencies have built an intelligence-gathering colossus since the attacks of Sept. 11, 2001, but remain unable to provide critical information to the president on a range of national security threats, according to the government’s top-secret budget.