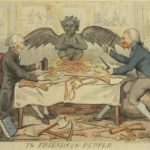 14 Jun 2019 – Since the Diagnostic and Statistical Manual of Mental Disorders has nothing to do with science, homosexuality could only be eliminated as a DSM illness by political activism in the early 1970s. In that same DSM-III, however, again owning to prejudice and not science, a new mental illness for kids was invented by psychiatry: “oppositional defiant disorder” (ODD), the so-called symptoms including “often argues with authority figures” and “often actively defies or refuses to comply with requests from authority figures or with rules.”

14 Mar 2017 – It should not be surprising that cynicism is increasingly the U.S. national pastime, as we regularly observe top-dog bankers avoiding criminal prosecution for crimes they preside over, and we see prominent psychiatrists gaining career advancement after disgraceful actions. In 2008, Delbello was included in a Congressional investigation on psychiatrists violating federal and university regulations in their receipt of large sums of money from drug companies.

From Project MKUltra to the CIA’s torture program, mental health professionals in the US have some explaining to do.

The elite spend their lives stockpiling money and have the financial clout to bribe, divide and conquer the rest of us. The only way to overcome the power of money is with the power of courage and solidarity. So, how do we regain our guts and solidarity?