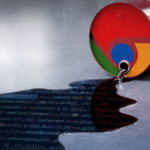 18 Jul 2019 – Have your tax returns, Nest videos, and medical info been made public? Don’t trust extensions.

12 May 2017 – A highly virulent new strain of self-replicating ransomware shut down computers all over the world, in part by appropriating a National Security Agency exploit that was publicly released last month by the mysterious group calling itself Shadow Brokers.

The Shadow Brokers—the mysterious person or group that over the past eight months has leaked a gigabyte worth of the National Security Agency’s weaponized software exploits—just published its most significant release yet. Friday’s [14 Apr] dump contains potent exploits and hacking tools that target most versions of Microsoft Windows and evidence of sophisticated hacks on the SWIFT banking system of several banks across the world.