22 Jun 2022 – Were there not so much suffering involved, the Qatar 2022 World Cup would be an absurdist parody of sportswashing. Labor abuses, homophobia, corruption? Qatar and FIFA will use the men’s World Cup to put a happy gloss on it all. 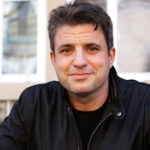 Voices Are Raised Against the NBA Launching Its New African League in Rwanda
Dave Zirin | The Nation - TRANSCEND Media Service, 3 May 2021

30 Apr 2021 – Human rights groups are concerned that using Rwanda as a backdrop would provide a public relations boost for its autocratic leader.

Their names are Jawhar Nasser Jawhar, 19, and Adam Abd al-Raouf Halabiya, 17. They were once soccer players in the West Bank but are never going to play again. They were on their way home from a training session on January 31 when Israeli forces fired upon them as they approached a checkpoint. After being shot repeatedly, they were mauled by checkpoint dogs and then beaten. Ten bullets were put into Jawhar’s feet. Adam took one bullet in each foot.

Why Is Blackwater Helping to Train Brazil’s World Cup Security?
Dave Zirin and Jules Boykoff – The Nation, 12 May 2014

25 Apr 2014 – The Brazilian press revealed earlier this week that Academi—the rebranded private militia once known as Blackwater— the notorious company responsible for the 2011 Nisour Square massacre in Iraq, has been training Brazilian security forces in North Carolina for the 2014 World Cup.

Here is a man who made history last spring by becoming the first active player to come out of the closet and told the world that he was gay. He was praised by teammates, league officials, presidents and kings (OK, Bernard King). But now just for being himself, after a career as the epitome of a “team player”, he has been labeled “a distraction” and finds himself on the outside looking in.

Mahmoud Sarsak is the Palestinian national team soccer player jailed for three years without charges by the Israeli government. He refused an invitation sent by FC Barcelona to attend its Clasico [7 Oct 2012] against Real Madrid. Barcelona wants him there to mute planned protests against the presence of another invitee, former Israeli soldier Gilad Shalit. “His slogan is the gun, whereas mine is football, whose message is love and peace. For this reason I will refuse.”

Chris Kluwe and the Greatest Political Statement by Any Athlete Ever
Dave Zirin – The Nation, 17 Sep 2012

For the first time in football history, a punter is truly leading the way. Thank you Chis Kluwe, for the greatest political statement made by any athlete in decades. The fact that it happens to be about LGBT rights only shows how far we’ve traveled, in the streets and in the locker rooms.

International soccer lost a hero last weekend [4 Dec 2011] when Socrates, the masterful Brazilian midfielder who captained Brazil’s famed 1982 World Cup squad, died from an intestinal infection at age 57. Socrates’ interests, talents, and achievements were staggering. He was a medical doctor, a musician, an author and news columnist, a political activist, and a TV pundit. Somewhere in all of this, he managed not only to lead what may have been the most artful team to ever grace the pitch, but also to fearlessly challenge the decades-long military dictatorship that ruled Brazil.

Sympathies for Joe Paterno, former Penn State coach, are blinded by the real issue of overlooking child abuse. I don’t doubt the emotions in Happy Valley are genuine. I don’t doubt the searing shock and pain that must be coursing through campus. But this is the pain of self-pity not reflection. It’s the pain of the exposed not the penitent. Words ring as false as the apologists for the Vatican, Wall Street, the military command at Abu Ghraib and any industry deemed “too big to fail”.

Over the last month, we’ve seen Penn State University President Graham Spanier dismissed from his duties and we’ve seen UC Davis Chancellor Linda Katehi pushed to the brink of resignation. Spanier was jettisoned because of what appears to be a systematic cover-up of assistant football coach Jerry Sandusky’s serial child rape. Katehi has faced calls to resign after the she sent campus police to blast pepper spray in the faces of her peaceably assembled students, an act for which she claims “full responsibility.” In 2010, Spanier chose Katehi to join an elite team of twenty college presidents on what’s called the National Security Higher Education Advisory Board, which “promotes discussion and outreach between research universities and the FBI.”

Caster Semenya showed up to race in Stellenbosch, South Africa, this week and the International Association of Athletics Federations (IAAF) wouldn’t let her run. Before we get into the specifics, let’s take a moment to appreciate the courage involved in her simple desire to compete.

HOWARD ZINN: THE HISTORIAN WHO MADE HISTORY
Dave Zirin – The Nation, 28 Jan 2010

Howard Zinn, my hero, teacher, and friend died of a heart attack on Wednesday at the age of 87. With his death, we lose a man who did nothing less than rewrite the narrative of the United States. We lose a historian who also made history. Anyone who believes that the United States is immune […]