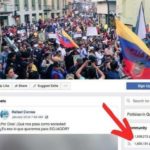 11 Apr 2019 – Facebook has unpublished the page of Ecuador’s former president, Rafael Correa. The removal of his page for violating Facebook’s “community standards” is an unprecedented move, and the former statesman is the most high-profile public political figure to ever be removed from the social platform–placing him in the same unlikely category as right-wing conspiracy theorist and broadcaster Alex Jones. 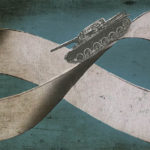 4 Mar 2019 – U.S. arms expenditures rose by $9.6 billion, driving the global rise and further consolidating the status of the United States as the world’s top spender on the military–by far. The U.S. spending on war is rooted in post-World War II “new Pentagon capitalism” that eventually became known as the military-industrial complex.