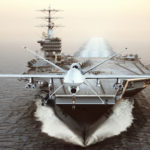 Nov/Dec 2018 Issue – Eisenhower’s worst nightmare has come true, as defense mega-contractors climb into the cockpit to ensure we stay overextended. The privatization of military and intelligence institutions began even before the end of the Cold War. It is a system of war that powerful arms contractors and their bureaucratic allies may have the ability to maintain indefinitely. 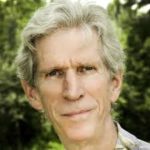 There Hardly Ever Was an Iranian Nuclear Weapons Program!
Gareth Porter – The Transnational, 28 May 2018

A review of the evidence points to Israeli and MEK (Mujahedeen-e-Khalq) disinformation, not an open-and-shut case. 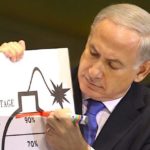 3 May 2018 – Benjamin Netanyahu’s stage performance about Iran seeking a nuclear weapon not only was based on old material, but evidence shows it was fabricated too.

An alternative explanation to the mystery surrounding the poisoning of Russian double-agent Sergei Skripal and his daughter may involve a possibility that neither the British nor Russian governments want to talk about.

22 Apr 2017 – New York Times columnist Thomas Friedman outraged many readers when he wrote an opinion piece on April 12 calling on President Trump to ”back off fighting territorial ISIS in Syria.” The U.S. “war on terror” has always been a bait-and-switch scam on the American people, with Washington putting the desires of its Mideast allies ahead of defeating Al Qaeda and ISIS.

The US posture in talks with Iran has reflected the perspective of a dominant power accustomed to employing coercive power.

France and Germany were prepared in spring 2005 to negotiate on an Iranian proposal to convert all of its enriched uranium to fuel rods, making it impossible to use it for nuclear weapons, but Britain vetoed the deal at the insistence of the United States, according to a new account by a former top Iranian nuclear negotiator.

In August 2010 Gen. David Petraeus released figures to the news media that claimed spectacular success. A total of 4,100 Taliban rank and file had been captured and 2,000 had been killed. Those figures were critical to creating a new media narrative hailing the success of SOF. But it turns out that more than 80 percent of those called captured Taliban fighters were released within days of having been picked up, because they were found to have been innocent civilians, according to official U.S. military data.

Al-Qaeda strategists have been assisting the Taliban fight against U.S.-NATO forces in Afghanistan because they believe that foreign occupation has been the biggest factor in generating Muslim support for uprisings against their governments, according to the just-published book by Syed Saleem Shahzad, the Pakistani journalist whose body was found in a canal outside Islamabad last week with evidence of having been tortured.

Evidence now available from various sources, including recently declassified U.S. State Department documents, shows that the Taliban regime led by Mullah Mohammad Omar imposed strict isolation on Osama bin Laden after 1998 to prevent him from carrying out any plots against the United States.The evidence contradicts the claims by top officials of the Barack Obama […]

Until mid-2007, there was a serious political obstacle to a massive conventional war by Israel against Hamas in Gaza: the fact that Hamas had won free and fair elections for the Palestinian parliament and was still the leading faction in a fully legitimate government. But the George W Bush administration helped Israel eliminate that obstacle, […]