Another Case of Coercive Diplomacy: The Failure of the Iran Nuclear Negotiations 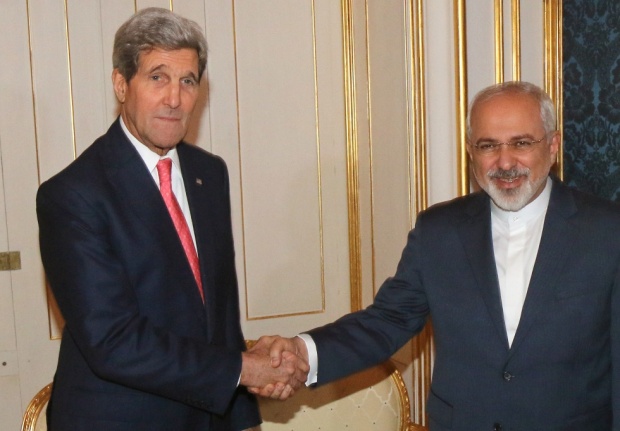 The US posture in talks with Iran has reflected the perspective of a dominant power accustomed to employing coercive power.

24 Nov 2014 – After more than a year of negotiations between the United States and Iran, the two sides have failed to reach an agreement by the agreed deadline in July.  They have agreed to continue negotiating, but the failure to meet the deadline was clearly not caused by the lack of time.

To understand why the talks have remained deadlocked, it is necessary to review the Obama administration’s stance on diplomacy with Iran in the context of the long US history of favouring “coercive diplomacy” over traditional negotiations in managing conflicts with adversaries.

Reliance on coercive diplomacy is deeply imbedded in the strategic culture of US national security institutions. It has evolved over decades of US military and economic dominance in international politics, which has allowed the United States to avoid genuine diplomacy repeatedly.

Based on that military supremacy, the United States avoided negotiations with its communist adversaries up to the early 1970s, when Henry Kissinger courted China and launched his détente policy with the Soviet Union. But that brief period of serious negotiating came in the wake of political pressures for reducing US military spending and foreign military presence during the long and exhausting US war in Vietnam.  It soon gave way to renewed reliance on coercive diplomacy during the Reagan administration.

But the practice of coercive diplomacy came to include the use of trade and technology denial for coercive purposes as well, and Iran was one of the first applications of the concept. The Reagan administration used its diplomatic clout with France and Germany to choke off all technical cooperation with Iran’s nuclear programme in 1983, even though it acknowledged it had no reason to suspect that Iran was pursuing nuclear weapons. A few years later, the George H. W. Bush administration banned exports of peaceful nuclear technology to Iran and pressured its allies to do the same. The technology denial policy, aimed at strangling the Iranian nuclear programme, was a pure expression of the concept of “coercive diplomacy.”

The George W. Bush administration’s accusation that Iran was using its nuclear programme as a cover for development of nuclear weapons was aimed at preparing the political ground for regime change by force, if necessary. But in 2005, it became part of a strategy for coercive diplomacy to force Iran to stop enrichment. US Secretary of State, Condoleezza Rice pressured Britain, France and Germany to eschew genuine negotiations with Iran and use the threat of economic sanctions to force an end to Iranian enrichment. The Bush administration would later accuse Iran of having a covert nuclear weapons programme, based on intelligence documents that I have shown in my book “Manufactured Crisis” to be fabrications, but when it first used coercive diplomacy to force an end to Iran’s nuclear programme in the 1980s the Reagan administration did not claim that Iran had done anything to indicate an interest in nuclear weapons.

Ironically, although the Obama administration appeared to be committed to traditional diplomacy with Iran on the surface, his administration has relied even more heavily on coercive diplomacy against Iran than its predecessor.

Obama sent an unpublicised message to supreme leader Khamenei in May 2009, offering to conduct talks with Iran on a range of issues “without preconditions,” Gary Samore, a former Obama official, admitted last year. But within weeks of his inauguration, Obama gave his approval to a plan for cyber war against Iran’s nuclear programme in order to gain more leverage.

Iranian Supreme Leader, Ali Khamenei did not know about the cyber war decision. He did know, however, that Obama was planning to use new sanctions to compel Iran to accept these policy changes, which that included the unfreezing of assets and the lifting of some sanctions.

When Iranian President, Mahmoud Ahmadinejad asked in the spring of 2009 for the International Atomic Energy Agency’s (IAEA) assistance in purchasing nuclear fuel for its Tehran Research Reactor, the Obama administration blocked Iran’s recourse to the market, hoping to use Iran’s need for fuel for the TRR to put additional pressure on Iran. Samore drafted a proposal under which Iran would have to send as much 75 to 80 percent of its stockpile of low-enriched uranium to Russia to be turned into fuel assemblies for the reactor, giving the US a stronger position in future negotiations.

The Washington Post reported on 22 October 2009, that US officials said the proposed uranium swap “would be only the first step in a difficult process to persuade Iran to suspend its uranium enrichment activities and that suspension remains the primary goal.”

The administration even used its Nuclear Policy Review (NPR) in the spring of 2010 as a heavy-handed means of coercing Iran. The new nuclear policy suggested that Iran was one of the few exceptions to a policy of no first use of nuclear weapons in case of a conventional attack “against the US or its allies or partners.”

Obama explicitly linked the new policy to the administration’s broader campaign of coercive diplomacy with Iran, saying: “[W]e want to send a very strong message both through sanctions, through the articulation of the Nuclear Posture Review… that the international community is serious about Iran facing consequences if it doesn’t change its behaviour.”

The administration’s main hope for coercing Iran, however, was the imposition of the sanctions against Iran’s oil and banking sectors that took effect in mid-2012.  In May 2012, a senior US official told the New York Times that those sanctions – and especially the moves by EU member states to cut imports of Iranian oil – would “increase the leverage” on the negotiations that had begun with Iran that spring.

After Hassan Rouhani was elected President of Iran in 2013, with a commitment to a negotiated solution to the issue of the nuclear programme and sanctions relief, the Obama administration assumed that its coercive diplomacy – especially in the form of sanctions – had forced Iran to negotiate. Although the administration had now given up the hope of ending Iran’s enrichment completely, the administration lost no time in making it clear that the US objective was the “dismantling” of most of the Iranian enrichment capacity.

Kerry testified before the House Foreign Affairs Committee on 11 December 2013, a little more than two weeks after the Joint Plan of Action had been announced, that the United States had imposed sanctions on Iran, “because we knew that it would hopefully help Iran dismantle its nuclear programme. That was the whole point of the [sanctions] regime.”

In April 2014, Kerry announced that the administration would require Iran’s agreement to reduce its enrichment capability so that it would take at least six to twelve months to achieve a “breakout” capacity – i.e., enough low enriched uranium for one bomb’s worth of weapon’s grade enriched uranium. Robert Einhorn, former proliferation official in the Obama administration’s State Department, explained in an article published 9 May, that anything more than  “a few thousand” centrifuges would give Iran “an unacceptably rapid breakout capability.”

Iran had already declared that dismantling its nuclear infrastructure was a “red line” in the talks, but that it would take measures that would assure that its low-enriched uranium could be enriched weapons grade level. Iranian Foreign Minister, Mohammad Javad Zarif revealed to the New York Times on 14 July that Iran had proposal to retain 9,400 “Separative Work Units (SWU), which would represent less than half the enrichment capacity installed in its two enrichment facilities.

An unidentified senior US official responded to the Iranian proposal by implying the right to demand that Iran submit to the will of the coalition arrayed against it. “[T]his is not a negotiation between two equal parties,” the official said. “This is the international community assessing whether Iran can come in line with its numerous non-proliferation obligations, to which it has been in violation for years.”

Later, Iran agreed to draw down its stockpile of low-enrichment uranium by shipping it to Russia to be converted into fuel assemblies for its nuclear reactor at Bushehr. That would have the same effect in increasing the “breakout” timeline announced by Kerry as the deep centrifuge reduction the US was demanding. But by then, the United States had escalated its demands on Iran, saying that it would have to increase that mythical measure of risk to at least a year.

US negotiators continued to demand that Iran accept a dramatic cut in existing operational enrichment capacity to as few as 5000 centrifuges. Meanwhile, the US delegation was making it clear that the P5+1 would not provide “extensive” relief from sanctions until late in the implementation of the agreement, keeping the “architecture of sanctions” in place as leverage on Iran.

The whole US posture in the talks has thus reflected the perspective of a dominant power accustomed to employing coercive diplomacy, with sanctions replacing military force as the source of presumed coercive power. Iran’s refusal to play its assigned role in the relationship between superpower and lesser state challenges Washington’s strategic assumptions. Now Obama must weigh the appeal of coercive diplomacy to the US national security state against his own strong desire for an agreement.

Gareth Porter is an independent investigative journalist and historian writing on US national security policy.  His latest book, Manufactured Crisis: The Untold Story of the Iran Nuclear Scare was published in February 2014.