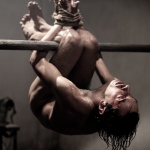 3 Sep 2020 – During the 1970s and 80s, eight US (Henry Kissinger)-backed right wing military dictatorships jointly plotted the cross-border kidnap, torture, rape and murder of hundreds of their left wing political opponents. Now some of the perpetrators are finally facing justice.

José Mujica: Is This the World’s Most Radical President?
Giles Tremlett – The Guardian, 29 Sep 2014

Uruguay’s José Mujica lives in a tiny house rather than the presidential palace, and gives away 90% of his salary. He’s legalised marijuana and gay marriage. But his greatest legacy is governing without giving up his revolutionary ideals.