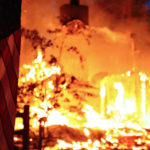 29 Dec 2017 – Can American democracy rise to the climate occasion? Unprecedented measures must be put in place both to move completely out of fossil fuels by mid-century and also to pursue far-reaching and costly adaptation.

The Joyful Economy
Gus Speth | The Next System Project – TRANSCEND Media Service, 15 May 2017

In this essay, I will explore the transition from a Joyless Economy to a Joyful one. In the Joyful Economy, the goal of economic life is to sustain, nourish, and restore human and natural communities, so that the material and non-material blessings of life are available to all. It is a new system of political economy that gives true and honest priority not to profit, production, and power but rather to people, place, and planet. Its watchword is caring—caring for each other, for the natural world, and for the future. I will argue that promoting the transition to such a new political economy should be the central task of a new environmentalism.