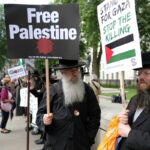 21 Aug 2020 – Israel is preparing for war on the besieged Palestinian enclave, even as it ups the ante against Hezbollah in Lebanon and its primary target, Iran.

1 Jul 2017 – The UK has charged Barclays with conspiracy to commit fraud and the provision of unlawful financial assistance. But it has nothing to do with the criminal and reckless banking behaviour that precipitated the 2008 crash—their lending practices, the selling of worthless mortgage-backed securities, false valuation and rating of debt instruments, abuse of loan foreclosure procedures, misrepresenting their financial position or any other financial skulduggery.

At the same time, the government is using the attack to expand the settlements and incorporate Area C––which is under Israeli military control––into Israel and in the process drive Palestinians living there from their homes. These measures have in turn provoked further attacks by the Palestinians in the West Bank and Israel and ever more strident demands for further repressive measures against the Palestinians by Israel’s right wing.

ICC prosecutor, Fatou Bensouda, has accepted the complaint lodged in January [2014] alleging that UK military personnel committed war crimes against Iraqis in their custody between 2003 and 2008. She has ordered a preliminary investigation.

The kidnapping presents Washington, whose requests to mount military and intelligence operations from Nigeria had repeatedly been rebuffed, with a golden opportunity to secure a foothold in the oil-rich country, now Africa’s largest economy.

A series of EU discussion papers and meetings made it clear that the European powers are pushing for a more assertive militarist policy. A recent brief, “Why Europe needs a new global strategy,” sets out their military ambitions, not just in former colonial possessions but in areas further afield.