18 Oct 2021 – New analysis by Americans for Tax Fairness and the Institute for Policy Studies shows that just 745 individuals have combined $5 trillion in wealth, most of which will never be taxed. 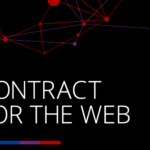 25 Nov 2019 – “The power of the web to transform people’s lives, enrich society and reduce inequality is one of the defining opportunities of our time. But if we don’t act now—and act together—to prevent the web being misused by those who want to exploit, divide and undermine, we are at risk of squandering that potential.”

Borderless ‘War on Terror’ continues to claim innocent lives around the world… but pattern holds that not all victims receive equal attention. “This new flawed raid by President Trump shows the US is not capable of distinguishing a terrorist from an innocent civilian.” —Kate Higham, Reprieve

World’s most widely used herbicide ingredient shown to cause variety of cancers by research arm of World Health Organization.”This increasingly dangerous pesticide treadmill calls into question the logic of genetically engineered herbicide technologies that rapidly lose their utility to farmers and put human health at risk.”

While wealthiest top one percent own nearly fifty percent of all world’s assets, the entire bottom half of the global population hold less than one percent of the wealth, new financial analysis shows.

Despite warnings from Russia that such a move would be interpreted as a provocation, a plan to deploy thousands of additional US and European troops closer to its border will now become a reality.

‘Merely visiting privacy-related websites is enough for a user’s IP address to be logged into an NSA database,’ says new report. Other platforms targeted by the program include LINUX, TOR, HotSpotShield, FreeNet, Centurian, FreeProxies.org, MegaProxy, privacy.li, and an anonymous email service called MixMinion.

Critics charge that US history of cherry-picking international rules gives license for other powers to do the same.

Opposition to the Trans-Pacific Partnership—dubbed ‘NAFTA on steroids’—is receiving unprecedented popular opposition and nearly no news coverage by major outlets.

As the World Economic Forum kicks off its global summit in Davos, Switzerland on Wednesday [22 Jan 2014], critics of the annual gathering are eager to show that the well-polished public image of the event should not be allowed to eclipse the nefarious and destructive role played by the many corporate elites that sponsor it.

Latest Report from the World Meteorological Organization Says First Decade of Century Was Hottest, Wettest On Record with More to Come – “Carbon-dioxide concentration […] reached an average global value of 389 parts per million by the end of the decade, the highest value recorded for at least the past 10,000 years.”