At Home and Abroad, UN Report Details Abysmal US Record of Abuse 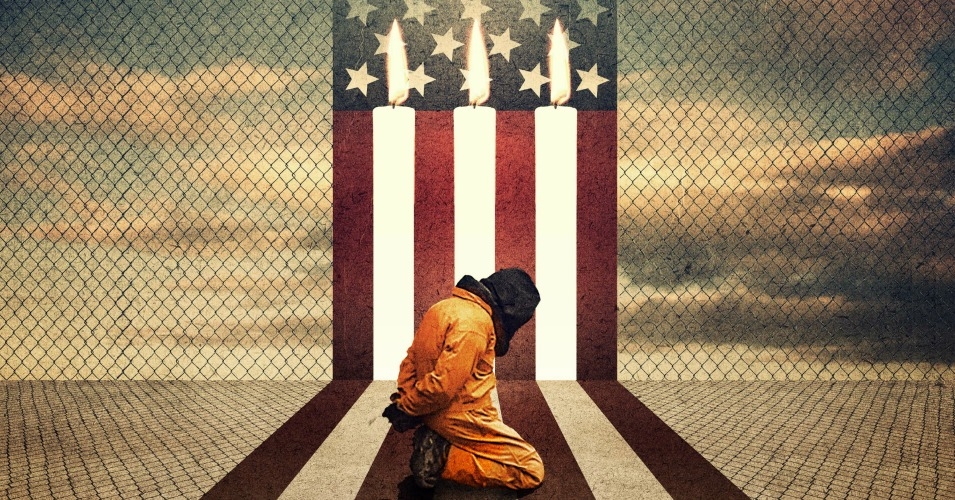 The findings of a new UN report do not reflect well on the U.S., a nation that continues to tout itself as a leader on such issues despite the enormous amount of criticism aimed at policies of torture, indefinite detention, and various forms of other abuse in recent years. (Image: Witness Against Torture/flickr)

An official report by the United Nations Committee Against Torture released Friday found that the United States has a long way to go if it wants to actually earn its claimed position as a leader in the world on human rights.

Following a lengthy review of recent and current practices regarding torture, imprisonment, policing, immigration policies, and the overall legacy of the Bush and Obama administration’s execution of the so-called ‘War on Terror,’ the committee report (pdf) found the U.S. government in gross violation when it comes to protecting basic principles of the Convention Against Torture, which the U.S. ratified in 1994, as well as other international treaties.

This was the first full review of the U.S. human rights record by the UN body since 2006 and the release of the report follows a two-day hearing in Geneva earlier this month in which representatives of the Obama administration offered testimony and answered questions to the review panel. The report’s findings do not reflect well on the U.S., a nation that continues to tout itself as a leader on such issues despite the enormous amount of criticism aimed at policies of torture and indefinite detention implemented in the years following September 11, 2001, the invasions of Afghanistan and Iraq that followed, and the global military campaign taking place on several continents and numerous countries that continues to this day.

In addition to calling for full accountability for the worst torture practices that happened during the Bush administration, the panel also demanded the Obama administration end the continued harsh treatment of foreign detainees at its offshore prison at Guantanamo Bay on the island of Cuba. As Reuters notes, the panel’s report criticized what it called a continued U.S. failure to fully investigate allegations of torture and ill-treatment of terrorism suspects held in U.S. custody abroad, “evidenced by the limited number of criminal prosecutions and convictions”.

According to the report:

The Committee expresses its grave concern over the extraordinary rendition, secret detention and interrogation programme operated by the U.S. Central Intelligence Agency (CIA) between 2001 and 2008, which involved numerous hum an rights violations, including torture, ill – treatment and enforced disappearance of persons suspected of involvement in terrorism – related crimes. While noting the content and scope of Presidential E.O. 13491, the Committee regrets the scant information pr ovided by the State party with regard to the now shuttered network of secret detention facilities, which formed part of the high – value detainee programme publicly referred to by President Bush on 6 September 2006. It also regrets the lack of information pr ovided on the practices of extraordinary rendition and enforced disappearance; and, on the extent of the CIA’s abusive interrogation techniques used on suspected terrorists, such as waterboarding.

As The Guardian reports:

Many of the harshest criticisms are reserved for the Bush administration’s excesses between 2001 and 2009. But the committee is critical of how the current US government has failed, in its view, to clean up the mess that was created in the wake of 9/11.

In particular, it wants to see the US acknowledge torture as a specific criminal offence at the federal level, thereby removing possible loopholes in the law. It also urges the US Senate select committee on intelligence to publish as quickly as possible its report into the CIA’s historic detention and interrogation programme that has been caught up in political wrangling for months.

“The Obama administration needs to match its rhetoric with actions by supporting full accountability for torture,” said Jamil Dakwa, director of the ACLU’s human rights program, in response to the report. “As a start, that means allowing the release of the Senate’s torture report summary without redactions that would defeat report’s primary purpose, which is to expose the full extent of government abuse. It also means ensuring a top-to-bottom criminal investigation of the torture that occurred.”

The report says that though the U.S. has tough anti-torture statutes on the books, it has not gone far enough in some areas to guarantee that no loopholes exist and has done far too little to allow redress for violations that have already occurred. In terms of recommendations, panel’s report “calls for the declassification of torture evidence, in particular Guantanamo detainees’ accounts of torture” and said the U.S. “should ensure that all victims of torture are able to access a remedy and obtain redress, wherever acts of torture occurred and regardless of the nationality of the perpetrator or the victim. ”

In addition to criticizing other policies related to military engagement abroad, the committee slammed the U.S. for many of its domestic policies, including prolonged solitary confinement of those in prison; charges of “prolonged suffering” for those exposed to “botched” state executions; heavy-handed and discriminatory policing practices in the nation’s cities; the treatment of juveniles in the criminal justice system; and serious problems with its immigration enforcement policies.

As protests related to the shooting death of Michael Brown by a police officer in Ferguson, Missouri continue this week, the UN panel specifically referred to the “frequent and recurrent police shootings or fatal pursuits of unarmed black individuals.”

Speaking with reporters, panel member Alessio Bruni said, “We recommend that all instances of police brutality and excessive use of force by law enforcement officers are investigated promptly, effectively and impartially by an independent mechanism.”

“This report – along with the voices of Americans protesting around the country this week – is a wake-up call for police who think they can act with impunity,” said ACLU’s Dakwar. “It’s time for systemic policing reforms and effective oversight that make sure law enforcement agencies treat all citizens with equal respect and hold officers accountable when they cross the line.”