Articles by Judith A. Berling 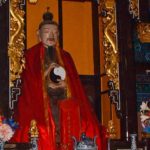 A noted Chinese anthropologist has written that Chinese religion “mirrors the social landscape of its adherents. There are as many meanings as there are vantage points.” The same could be said of the diverse tradition we call Daoism. Daoism was understood and practiced in many ways, each reflecting the historical, social, or personal situation of its adherents. While this diversity may confuse and perplex the outside observer, it accounts for the resilience of Daoism in China. 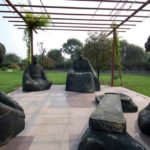 Confucianism is often characterized as a system of social and ethical philosophy rather than a religion. In fact, Confucianism built on an ancient religious foundation to establish the social values, institutions, and transcendent ideals of traditional Chinese society.