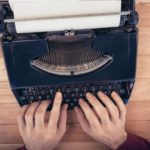 15 Nov 2018 – A Japanese minister in charge of cybersecurity has provoked astonishment by admitting he has never used a computer in his professional life, and appearing confused by the concept of a USB drive. Yoshitaka Sakurada, 68, is the deputy chief of the government’s cybersecurity strategy office and also the minister in charge of the Olympic and Paralympic Games that Tokyo will host in 2020.

21 May 2014 – The operator of the wrecked Fukushima Daiichi nuclear power plant has started pumping groundwater into the Pacific Ocean in an attempt to manage the large volume of contaminated water at the site. Tokyo Electric Power said it had released 560 tonnes of groundwater pumped from 12 wells located upstream from the damaged reactors.

Staff on the frontline of operation plagued by health problems and fearful about the future, insiders say.