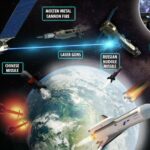 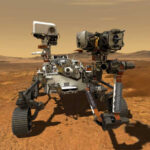 25 Feb 2021 – With all the media hoopla last week about the Perseverance rover, frequently unreported was that its energy source is plutonium—considered the most lethal of all radioactive substances (half-life of 24,100 years)—and nowhere in media was the NASA projection that there were 1-in-960 odds of an accidental release of the plutonium on the mission.

“Radiation Is Good for You!” And Other Tall Tales of the Nuclear Industry
Karl Grossman - CounterPunch, 14 Sep 2015

8 Sep 2015 – The U.S. Nuclear Regulatory Commission is considering a move to eliminate the “Linear No-Threshold” basis of radiation protection that the U.S. has used for decades and replace it with the “radiation hormesis” theory—which holds that low doses of radioactivity are good for people.

Inserting nuclear material into space flight is a dangerous venture, yet the U.S. and Russia are considering doing so. The recent crash of Virgin Galactic’s Spaceship Two and explosion on launch three days earlier of an Antares rocket further underline the dangers of inserting nuclear material in the always perilous space flight equation as the U.S. and Russia still plan.

3 Mar 2014 – With the third anniversary of the start of the Fukushima Daiichi nuclear catastrophe coming next week, the attempted Giant Lie about the disaster continues—a suppression of information, an effort at dishonesty of historical dimensions.

The Push for Nuclear Power in Space
Karl Grossman - Nation of Change, 6 Aug 2012

World Nuclear News, the information arm of the World Nuclear Association which seeks to boost the use of atomic energy, last week heralded a NASA Mars rover slated to land on Mars on Monday [6 Aug 2012], the first ever fueled with plutonium. The problem—a huge one and not mentioned whatsoever—involves accidents with space nuclear power systems releasing radioactivity impacting on people and other life on Earth. That has already happened. With more space nuclear operations, more atomic mishaps would be ahead.”