“Radiation Is Good for You!” And Other Tall Tales of the Nuclear Industry

8 Sep 2015 – The U.S. Nuclear Regulatory Commission is considering a move to eliminate the “Linear No-Threshold” (LNT) basis of radiation protection that the U.S. has used for decades and replace it with the “radiation hormesis” theory—which holds that low doses of radioactivity are good for people. 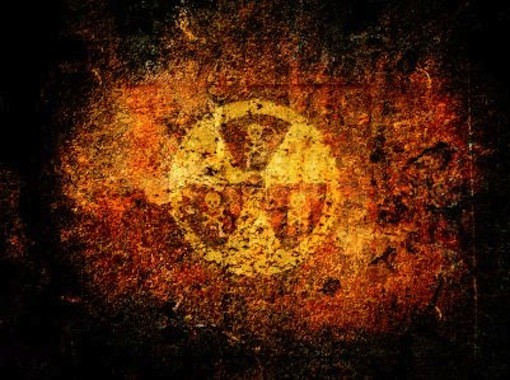 The change is being pushed by “a group of pro-nuclear fanatics—there is really no other way to describe them,” charges the Nuclear Information and Resource Service (NIRS) based near Washington, D.C.

“If implemented, the hormesis model would result in needless death and misery,” says Michael Mariotte, NIRS president. The current U.S. requirement that nuclear plant operators reduce exposures to the public to “as low as reasonably achievable” would be “tossed out the window. Emergency planning zones would be significantly reduced or abolished entirely. Instead of being forced to spend money to limit radiation releases, nuclear utilities could pocket greater profits. In addition, adoption of the radiation model by the NRC would throw the entire government’s radiation protection rules into disarray, since other agencies, like the EPA, also rely on the LNT model.”

“If anything,” says Mariotte, “the NRC radiation standards need to be strengthened.”

The NRC has a set a deadline of November 19 for people to comment on the proposed change. The public can send comments to the U.S. government’s “regulations” website.

Comments can also be sent by regular mail to: Secretary, U.S. Nuclear Regulatory Commission, Washington, DC 20555-0001, Attention:Rulemakings and Adjudications Staff. Docket ID. Needed to be noted on any letter is the code NRC-2015-0057.

If the NRC agrees to the switch, “This would be the most significant and alarming change to U.S. federal policy on nuclear radiation,” reports the online publication Nuclear-News. “The Nuclear Regulatory Commission may decide that exposure to ionizing radiation is beneficial—from nuclear bombs, nuclear power plants, depleted uranium, x-rays and Fukushima,” notes Nuclear-News. ”No protective measures or public safety warnings would be considered necessary. Clean-up measures could be sharply reduced…In a sense, this would legalize what the government is already doing—failing to protect the public and promoting nuclear radiation.”

In the wake of the Manhattan Project, the U.S. crash program during World War II to build atomic bombs and the spin-offs of that program—led by nuclear power plants, there was a belief, for a time, that there was a certain “threshold” below which radioactivity wasn’t dangerous.

But as the years went by it became clear there was no threshold—that any amount of radiation could injure and kill, that there was no “safe” dose.

Low levels of radioactivity didn’t cause people to immediately sicken or die. But, it was found, after a “latency” or “incubation” period of several years, the exposure could then result in illness and death.

Thus, starting in the 1950s, the “Linear No-Threshold” standard was adopted by the governments of the U.S. and other countries and international agencies.

It holds that radioactivity causes health damage—in particular cancer—directly proportional to dose, and that there is no “threshold.” Moreover, because the effects of radiation are cumulative, the sum of several small exposures are considered to have the same effect as one larger exposure, something called “response linearity.”

On one hand, Dr. Alvin Weinberg, director of Oak Ridge National Laboratory, declared in New Scientist magazine in 1972: “If a cure for cancer is found the problem of radiation standards disappear.”

Meanwhile, other nuclear proponents began pushing a theory they named “radiation hormesis” that claimed that the LNT standard was incorrect and that a little amount of radioactivity was good for people.

A leader in the U.S. advocating hormesis has been Dr. T. D. Luckey. A biochemistry professor at the University of Missouri-Columbia and visiting scientist at Argonne National Laboratory, he authored the book Hormesis and Ionizing Radiation and Radiation Hormesis and numerous articles. In one, “Radiation Hormesis Overiew,” he contends: “We need more, not less, exposure to ionizing radiation. The evidence that ionizing radiation is an essential agent has been reviewed…There is proven benefit.” He contends that radioactivity “activates the immune system.” Dr. Luckey further holds: “The trillions of dollars estimated for worldwide nuclear waste management can be reduced to billions to provide safe, low-dose irradiation to improve our health. The direction is obvious; the first step remains to be taken.” And he wrote: “Evidence of health benefits and longer average life-span following low-dose irradiation should replace fear.”

A 2011 story in the St. Louis Post Dispatch quoted Dr. Luckey as saying “if we get more radiation, we’d live a more healthful life” and also noted that he kept on a shelf in his bedroom a rock “the size of a small bowling ball, dotted with flecks of uranium, spilling invisible rays” It reported that “recently” Dr. Luckey “noticed a small red splotch on his lower back. It looked like a mild sunburn, the first sign of too much radiation. So he pushed the rock back on the shelf, a few inches farther away, just to be safe.”

At Brookhaven National Laboratory (BNL), set up by the U.S. Atomic Energy Commission in 1947 to develop civilian uses of nuclear technology and conduct research in atomic science, a highly active proponent of hormesis has been Dr. Ludwig E. Feinendegen. Holding posts as a professor in his native Germany and a BNL scientist, he authored numerous papers advocating hormesis. In a 2005 article published in the British Journal of Radiology he wrote of “beneficial low level radiation effects” and asserted that the “LNT hypothesis for cancer risk is scientifically unfounded and appears to be invalid in favor of a threshold or hormesis.”

The three petitions to the NRC asking it scuttle the LNT standard and replace it with the hormesis theory were submitted by Dr. Mohan Doss on behalf of the organization Scientists for Accurate Radiation Information; Dr. Carol Marcus of the UCLA medical school; and Mark Miller, a health physicist at Sandia National Laboratories.

The Nuclear Information and Resource Service points out that the U.S. Environmental Protection Agency or EPA is fully supportive of LNT.

The agency’s reason for accepting LNT—and history of the standard—were spelled out in 2009 by Dr. Jerome Puskin, chief of its Radiation Protection Division.

The EPA, Dr. Puskin states, “is responsible for protecting the public from environmental exposures to radiation. To meet this objective the agency sets regulatory limits on radionuclide concentrations in air, water, and soil.” The agency bases its “protective exposure limits” on “scientific advisory bodies, including the U.S. National Academy of Sciences, the International Commission on Radiological Protection, the United Nations Scientific Committee on the Effects of Ionizing Radiation, and the National Council on Radiation Protection and Measurements, with additional input from its own independent review.” The LNT standard, he writes, “has been repeatedly endorsed” by all of these bodies.

“It is difficult to imagine any relaxation in this approach unless there is convincing evidence that LNT greatly overestimates risk at the low doses of interest,” Dr. Puskin goes on, and “no such change can be expected” in view of the determination of the National Academies of Sciences’ BEIR VII committee. (BEIR is for Biological Effects of Ionizing Radiation.)

BEIR VII found that “the balance of evidence from epidemiologic, animal and mechanistic studies tend to favor a simple proportionate relationship at low doses between radiation dose and cancer risk.”

As chair of the BEIR VII committee, Dr. Richard Monson, associate dean of the Harvard School of Public Health, said in 2005 on issuance of its report: “The scientific research base shows that there is no threshold of exposure below which low levels of ionizing radiation can be demonstrated to be harmless or beneficial.”

A European expert on radioactivity, Dr. Ian Fairlie, who as an official in the British government worked on radiation risks and has been a consultant on radiation matters to the European Parliament and other government entities, has presented detailed comments to the NRC on the petitions that it drop LNT and adopt the hormesis theory.

Dr. Fairlie says “the scientific evidence for the LNT is plentiful, powerful and persuasive.” He summarizes many studies done in Europe and the United States including BEIR VII. As to the petitions to the NRC, “my conclusion is that they do not merit serious consideration.” They “appear to be based on preconceptions or even ideology, rather than the scientific evidence which points in the opposite direction.”

An additional issue in the situation involves how fetuses and children “are the most vulnerable” to radiation and women “more vulnerable than men,” states an online petition opposing the change. It was put together by the organization Beyond Nuclear, also based near Washington, D.C. It is headed “Protect children from radiation exposure” and advises: “Tell NRC: A little radiation is BAD for you. It can give you cancer and other diseases.” It continues: “NRC should NOT adopt a ‘little radiation is good for you’ model. Instead, they should fully protect the most vulnerable which they are failing to do now.”

How might the commissioners of the NRC decide the issue? Like the Atomic Energy Commission which it grew out of, the NRC is an unabashed booster of nuclear technology and long devoted to drastically downplaying the dangers of radioactivity. A strong public stand—many negative comments—over their deciding that radioactivity is “good” for you could impact on their positions.

Karl Grossman, professor of journalism at the State University of New York/College of New York, is the author of the book, The Wrong Stuff: The Space’s Program’s Nuclear Threat to Our Planet. Grossman is an associate of the media watch group Fairness and Accuracy in Reporting (FAIR). He is a contributor to Hopeless: Barack Obama and the Politics of Illusion.