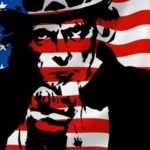 If you were Iranian and learned that U.S. National Security Adviser John Bolton wanted to attack your country, wouldn’t you feel terrified? But we’re taught to dismiss that. The training begins early: Complete the assignment. Get good grades. Insulate your life. Automate your soul. Don’t worry about U.S. bombs pulverizing Baghdad or U.S.-funded death squads mutilating peasants in Latin America. 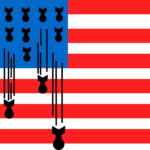 2 Apr 2018 – Like every organ in the body, the arms industry is valuable, but when its compulsive mission of self-aggrandizement displaces the body’s mission, deprives other organs of nutrients, and poisons the body, it’s time for surgery and healing.

It Wasn’t the Threat That Worked, It Was Reduction of Fear
Kristin Y. Christman – TRANSCEND Media Service, 18 Dec 2017

U.S. policymakers don’t trust North Korea. But on what basis can North Korea trust the U.S.? What agreement with North Korea has the U.S. ever not violated? … Whichever agreement is under discussion, the same behavior is seen: the U.S. never sees its own violations as wrong.

If we created a U.S. Department of Peace whose mission was to non-violently address roots of violence, such a mission would gear American ingenuity and enthusiasm toward the bigger picture of conflict resolution and friendship rather than toward desperate conclusions that security requires cruelty toward enemies.

Currently, alleged Russian hacking of the Democratic National Committee’s underhandedness is accused of marring U.S. democracy, yet while this receives indignant attention, the hypocrisy is hard to stomach, for Americans have corrupted democracy at home and abroad far more than any Russian hacker. Like Rockefeller, the U.S. sees dishonesty only in its rivals.

Make Serving in War an Option Not an Order
Kristin Y. Christman – TRANSCEND Media Service, 30 May 2016

Government has absolutely no right to demand that our sons register and prepare for blood sacrifice today. No one has the right to such power over another being. So let’s move beyond blood sacrifice and make the practical sacrifices that truly resolve conflict.