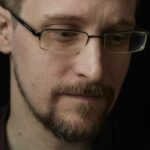 Interview with Edward Snowden: ‘If I Happen to Fall out of a Window, You Can Be Sure I Was Pushed’
Martin Knobbe and Jörg Schindler - Der Spiegel, 30 Sep 2019

13 Sep 2019 – Whistleblower Edward Snowden talks about how he managed to mislead the most powerful intelligence agency in the world, about his life in Russia and about why the internet must be reinvented.

Interview with Edward Snowden: ‘There Is Still Hope – Even for Me’
Martin Knobbe and Jörg Schindler – Der Spiegel, 18 Sep 2017

12 Sep 2017 – Whistleblower Edward Snowden discusses his life in Russia, the power of the intelligence apparatuses and how he will continue his battle against all-encompassing surveillance by governments.

Germany’s foreign intelligence agency, the BND, apparently spied on large numbers of foreign journalists overseas over the course of several years, including employees of the BBC, Reuters and the New York Times. Critics see a massive violation of press freedoms.