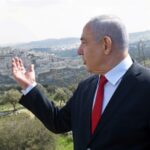 30 Jun 2020 – The “peace process” has been exposed for what it is – a colonisation operation. This surreal process has long served as a cover up for deep Israeli entrenchment in the West Bank and Jerusalem. Having secured Trump’s approval, Netanyahu will go forward with annexation despite warnings of an international backlash, the demise of the two-state solution, and the erosion of the “democratic Jewish state”. 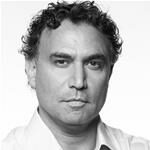 What Would and Should a Post-Pandemic World Look Like?
Marwan Bishara | Al Jazeera - TRANSCEND Media Service, 27 Apr 2020

19 Apr 2020 – Since the outbreak of the coronavirus pandemic, there has been a general feeling that the world is at an historical turning point, that nothing will ever be the same again. A post-American, post-liberal world order awaits us. But what shape will it take? 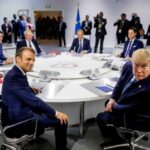 As global crises are pushing the world towards disaster, the G7 could not even agree on a final communiqué.

What are the ramifications of Iran’s deal with the West on Middle East politics?

The first of its kind – a poll conducted in 12 Arab countries, representing over 80 per cent of the population of the Arab world, in an attempt to gauge the region’s political mood, shows: Israel and the US are seen as more threatening than Iran. A high 84 per cent believe the Palestinian question is the cause of all Arabs and not the Palestinians only, and 84 per cent reject the notion of their state’s recognition of Israel. Only 21 per cent support, to a certain degree, the peace agreement signed between Egypt, Jordan and the PLO with Israel.

Failure to resolve the Palestinian-Israeli conflict and Israel’s 40-year occupation, in the words of UN former Secretary General Kofi Annan, would “continue to hurt the reputation of the United Nations and raise questions about its impartiality”. No cause has consumed as much UN paper work as the plight of the displaced and occupied Palestinians. But hundreds of its resolutions on Palestine have not been respected let alone applied for over half a century.

Al Jazeera’s chief political analyst interprets what the fall of Tripoli means for Libya, the Arab Spring and the West. A six month NATO-aided rebellion in Libya has advanced on the capital, Tripoli, in an effort to oust 42-year leader Muammar Gaddafi.

As the conventional wisdom goes – especially in the West – Israel is the “only democracy” in the Middle East. However, Israel has been anything but democratic for the indigenous people of the land, the Palestinian Arabs. By nature and precedence, foreign military occupation is temporary. Colonialism on the other hand, and more precisely civilian colonisation, is a socio-political system of ruling over another people. 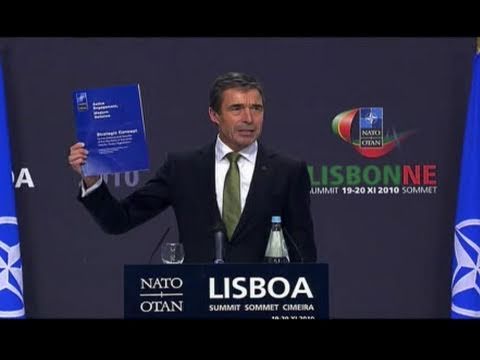 The North Atlantic Treaty Organisation is the largest military force ever assembled, with a potential armed force of more than seven million. But as its original enemies, communism and the Soviet Union, were defeated two decades ago, what is the alliance’s new identity or new role?

While the Obama administration continues to affirm its intention to withdraw US troops from Iraq and Afghanistan, the US’ military presence in the Muslim world is actually expanding and this is exacerbating tensions and inflaming animosities. Barack Obama’s promise to open a new page with the Muslim world on the basis of mutual respect and interests – supplemented and enforced by the use of soft rather than hard power – now rings hollow.

The all too predictable pro and con nature of the debate meant repeating same-old same-old selective mantras about the “special relationship”. More importantly, as per usual for such discussions, the debate fell within the ideological limits of US-based mainstream think-tank perspectives. The question of whether US foreign policy is a liability for the Middle East; whether serving Washington’s interests is a liability for Americans, Arabs and Israelis did not arise. And whether US foreign policy is a liability to the future of a Jewish presence in the region was totally discounted.

It is rare that you see an optimistic country in these dire times. But Brazil is flying high when many are landing or crashing.

According to tribal Yemeni tradition, if a dispute has been resolved peacefully, any dagger that has been drawn cannot go back into its scabbard unless it tastes blood. Traditionally, an animal is slaughtered to satisfy its thirst and restore its holder’s honour. Since the Cold War ended with the collapse of the Soviet Union and […]

By offering military support the West might prolong an autocratic regime.Marginalised by regional developments and intimidated by Washington’s Cold War and Gulf War victories, two Yemenis – so goes the joke – wondered if their country should declare war on the US, force it to occupy Yemen and care for it. "But what if we […]