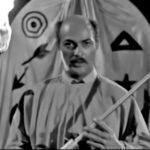 10 Jan 2019 – In 1958, CBS aired an episode of the series “Trackdown” called “The End of the World,” in which a confidence man named Trump attempts to sell a western town a “wall” — in the form of supposedly mystical parasols — to protect them from the fake threat of a meteor shower.