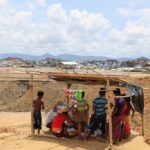 “Like Fish in a Pool with Little Water”: Who Will Help the Rohingya?
Matthew Gindin | Tricycle – TRANSCEND Media Service, 8 Apr 2019

2 Apr 2019 – Conditions deteriorate for Rohingya in Myanmar and Bangladesh’s refugee camps as countries around the globe close their doors. 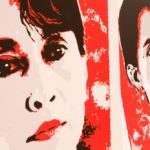 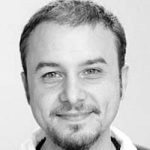 Do We Simply No Longer Care about Genocide?
Matthew Gindin – The Times of Israel, 1 Oct 2018

26 Sep 2018 – When hundreds of thousands of women and girls fled from Myanmar to Bangladesh last year over field, marsh and river, many of them had difficulty walking due to torn, bleeding genitals, wounded in brutal gang rapes carried out by the infamous 33rd and 99th divisions of the Burmese Tatmadaw. WARNING: Graphic content.

13 Sep 2017 – In March, London-based Burmese Buddhist and human rights activist Maung Zarni stood on the train tracks outside of Auschwitz and asked his companion to press record on his video camera. “If anyone would understand what is happening to the Rohingya, it would be you, the Jewish victims of the Holocaust, the survivors and their families,” Zarni told.

1 Sep 2017 – Rakhine is home to 1.1 million Rohingya, a stateless Muslim minority that has suffered persecution for more than 40 years. In 2012, deadly riots between Muslims and the Buddhist majority forced more than 100,000 Rohingya into displacement camps where they have remained since. On 30 Aug U Wirathu, a Buddhist monk known for his sermons inciting hatred and violence against Muslims, gave a speech demanding all international NGOs be expelled from Rakhine State and martial law be established.