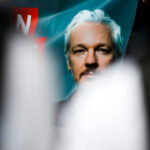 26 Aug 2019 – The role of journalism in a democracy is publishing information that empowers the public to become more engaged citizens so that we can vote in representatives that work in the interest of “we the people.” The same media that has spent years dragging Assange’s name through the mud is now engaging in a blackout on his treatment. If you are waiting for corporate media pundits to defend freedom of the press, you’re going to be disappointed.

Barack Obama launched more drones strikes in his first year in office than George W. Bush did in both of his terms combined. Exposing what one military scholar called a global policy of assassination. Drones, Jeremy Scahill writes, “are a tool, not a policy. The policy is assassination.”